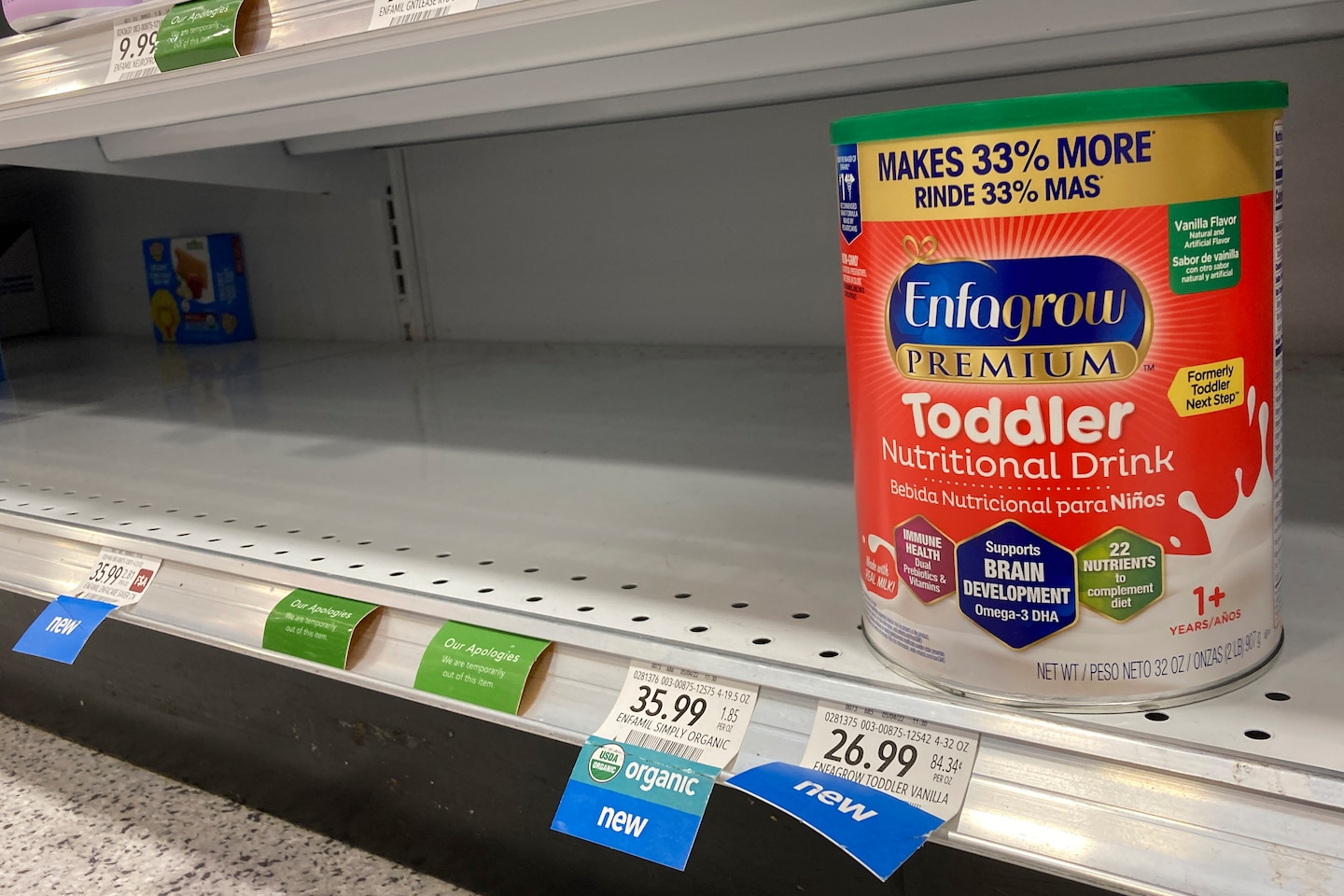 As the baby formula shortage in the United States drags on, perhaps the most vexing proposed “solution” is that mothers who have been relying on formula should begin breastfeeding weeks or even months after the birth of a baby. Much of this rhetoric came from social media, where people are seemingly free to offer parenting and medical advice regardless of experience or credentials.

Actress Bette Midler’s (now infamous) tweet encapsulates the gist of this response, stating “TRY BREASTFEEDING! It’s free and available on demand.” While Midler’s tweet was roundly criticized for its insensitivity to the many barriers to breastfeeding, the response it received is also indicative of the ubiquity of her sentiment on social media platforms, as are the dozens of articles covering the “just breastfeed” narrative on parenting sites, entertainment news and legacy news media. Even Midler’s eventual response did not entirely back down from her initial position, stating in part: “People are piling on because of former tweet. No shame if you can’t breastfeed, but if you can & are somehow convinced that your own milk isn’t as good as a ‘scientifically researched product’, that’s something else again.”

The baby formula shortage was shaped by structural and systemic failures, but women are being told that the solution lies with the reproductive labor of their individual bodies. Part of this call to action relies on the assumption that unlike “artificial” formula — or “scientifically researched,” as Midler euphemistically puts it — the “natural” milk created by women’s bodies is clean, safe, pure and untainted.

Most of these groups point out only a few exceptions to the “breast is best” rule — primarily, the introduction of impurity through the body of the mother. Indeed, the only reasons not to breastfeed listed by the March of Dimes are those that are specific to the individual mother: her health conditions, ingestion of medications, or if she “uses harmful drugs.”

Like the familiar myth, already ably debunked by others, that breast milk is free, the premise that breast milk is clean, ideal and perfect if untainted by the mother has real consequences for women, further hemming in their choices and restricting their autonomy.

The belief that breast milk is unadulterated and thus potentially pure, comes, of course, with a long list of caveats and thou-shalt-nots. These include limitations on alcohol consumption and prescription medication, and categories of foods and products to consume or avoid. While some such restrictions are necessary for infant safety, there is great variation in the amount of evidence backing the myriad warnings, which contribute to the public surveillance of nursing women’s behavior. Such exhortations enforce the illusion that all individuals can produce clean and pure breast milk, and a resulting “organic child” if they make the right individual choices about their bodies and their health.

Sociologists Katie Cairns, Norah MacKendrick and Josée Johnston have defined the “organic child” as “an imagined pure child who is shielded from risk through careful feeding practices.” The ideal of the organic child, they argue, puts intensive and unrealistic pressure on mothers to mitigate the real exposure of toxic chemicals in food, including breast milk.

This pressure obscures the reality that our bodies contain synthetic chemicals that are the result of environmental exposure that cannot be controlled by the individual. Inevitably, this unavoidable “body burden” of environmental pollution is present within breast milk. In other words, for many parents, the vaunted “naturalness” of breast milk may prove to be very much the opposite by no fault of their own.

People of color and low-income people bear the greatest burden of exposure to every type of pollution, due to environmental racism in the distribution of factories and waste. The CDC assures mothers that the benefits of breastfeeding outweigh the risks for most women; the risks, however, are not evenly distributed.

Messaging that promotes the “purity” of breast milk during a crisis of tainted formula creates unrealistic pressure on individual women. Likewise, narratives that urge women to take on the deeply gendered and unattainable responsibility for avoiding chemical exposure are both sexist and stratified by race and class.

The idea that individual women are solely responsible for ensuring a pure and safe food source for infants is also a corollary of the growing legal restrictions on women’s reproductive rights, especially in the wake of the Supreme Court’s Dobbs decision. Purity only gains meaning through cultural expectations, attitudes and norms, and our understanding of what is pure relies on our acceptance of its opposite — what is impure or “polluted.”

The specter of the impure or polluted female body can be the rationale for limiting women’s autonomy and decision-making, particularly women who are viewed as poor decision-makers based on their class, race, ability, citizenship status or sexuality. The surveillance of decision-making by breastfeeding women can range dramatically from the irritating to the life-changing. Breastfeeding women who consume alcohol receive bewildering advice about when or how often to “pump and dump,” experience censure from strangers in public, and can be refused service at restaurants or bars. In recent years, women have even been arrested and charged with murder for breastfeeding while using illegal drugs.

If anything, reproductive surveillance is becoming more widespread as states like Oklahoma and Texas institute abortion bans supported by “bounty hunter” enforcement from private citizens. This is not to argue against the data that some drugs or alcohol can be dangerous in breast milk. Rather, this type of surveillance will not impact all women equally.

The organization National Advocates for Pregnant Women has conducted research on arrests and detentions of women in which their pregnancy was a “necessary factor.” They found that while arrests happened in all regions of the country and across racial lines, of the 413 cases studied, the women were overwhelmingly economically disadvantaged, and Black women were more likely to be arrested, reported to state authorities by medical staff and charged with felonies.

Given that almost all mothers in the United States carry a chemical body burden, purity is always a myth, and therefore always carries the threat of reprisal. Problems like the formula shortage will not be effectively resolved through individualized solutions like demanding that more women breastfeed, but from insisting upon government and corporate accountability and action.

Suggesting that any dedicated mother can produce an untainted food supply distracts from government accountability for the support it would take for families to actually feed their children breast milk (including paid parental leave, employer assistance and health insurance) should they attempt to do so.

Again, the myth that women can and should produce “pure” breast milk, especially on demand when a crisis like a formula shortage occurs, also distracts from corporate responsibility for the harm to our environment. We must start by recognizing the interconnected nature of these harms and identifying the spectrum of attacks on women’s bodily autonomy. Rather than allowing myths of purity to artificially divide mothers into factions, now is the time to demand collective action for substantive social change.