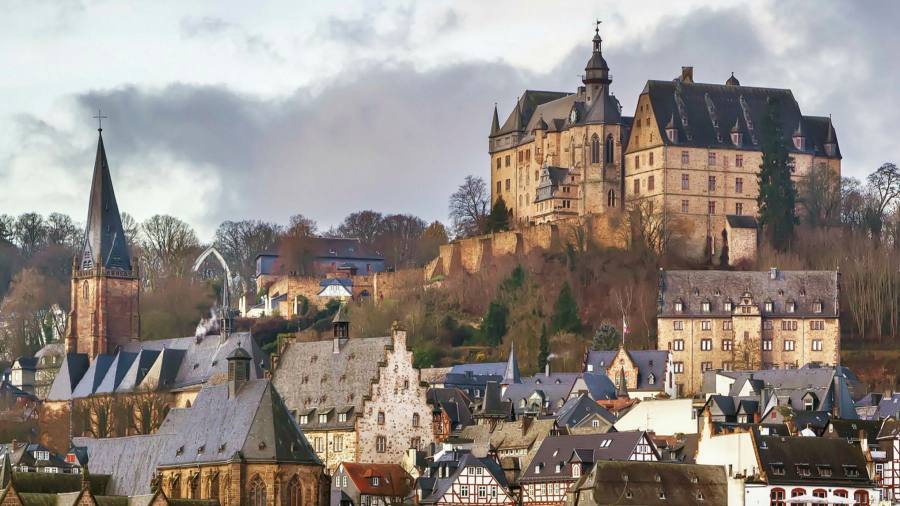 Tucked in a valley on the outskirts of a medieval town in central Germany, the entrance to the vaccine plant that has relieved the pressure on European Commission president Ursula von der Leyen is marked by a simple, white road sign.

The facility, acquired by Germany’s BioNTech in September from Swiss pharmaceutical company Novartis, was brought online this month and will produce 250m Covid-19 vaccine doses in the first half of 2021.

Most importantly for the EU, it will produce many of the extra 200m doses ordered by the bloc last week to top up supplies after widespread criticism of von der Leyen’s vaccine procurement strategy from member states.

For Marburg, a town with a population of just 78,000 nestled in the shadow of an 11th century castle, BioNTech’s investment was equally important. Once fully operational, the site will manufacture 750m doses a year, putting the town at the centre of the global fight against Covid-19.

“A lot of people in town are just a tiny little bit proud that we have been offered this role,” said mayor Thomas Spies. “But we were not so surprised as we have a long tradition in vaccination.”

Behringwerke, the industrial site where the BioNTech plant is located, was first built by immunology pioneer Emil von Behring in 1904. He used the money from the Nobel Prize he won in 1901 for his use of antitoxins to treat diphtheria and tetanus. The pharmaceutical company he established went on to produce millions of doses of those treatments, as well as drugs for dysentery, typhus and cholera to protect German soldiers during the first world war.

“The fact that we can produce a vaccine for the world at such an historic site is really wonderful.”

In recent decades, however, Marburg has been associated with a much darker chapter in the history of infectious disease, after lab workers in the town caught a deadly virus from Ugandan monkeys in 1967. 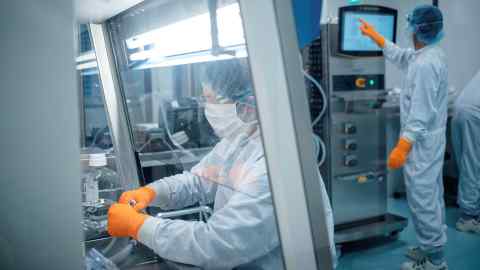 The episode rocked the town, which despite being 50 miles from Frankfurt and its international airport, has no industrial base beyond Behringwerke and relies heavily on the campus to provide employment. The site supports around 6,000 jobs and is home to the likes of GSK and CSL Behring.

Over the past decade the amount of influenza vaccine produced at Behringwerke had fallen after some companies shifted production elsewhere. Then last summer, Novartis, which employed 300 people, put its plant up for sale.

When the Novartis news reached BioNTech’s management, the company immediately expressed an interest.

The purchase was finalised in September. With its army of qualified staff, the facility has, according to Sahin, added “5,000 years of [combined] manufacturing experience” to 12-year-old BioNTech, which has never before produced a licensed drug.

Almost two months later, after BioNTech’s vaccine was found to be extremely effective in preventing Covid-19, the EU put in its first order for up to 300m doses — only half of the amount secured by the US in July.

As European regulators prepared to approve the vaccine, developed with Pfizer, Brussels attempted to secure more doses but BioNTech’s capacity to deliver hinged on the readiness of the Marburg plant to start production, according to people familiar with the matter.

At the urging of Germany’s health ministry, a permit for the factory was granted by state officials in mid-January, and three weeks later, nearby Merck made a commitment to increase its supply of lipid nanoparticles, a crucial component of the BioNTech vaccine.

Marburg’s authorities also pushed through approvals for modifications of the site within 48 hours, said Spies.

But while Marburg was grateful for the chance to rehabilitate its image, the town is deliberately doing little to draw attention to its new status, after the German government was reported to have expressed concern about possible anti-vaccine attacks on production sites.

So far, only one protest has taken place in Marburg, by a group advocating that BioNTech give away the vaccine to the developing world.

Despite its less-than-ideal location — a lone, winding dual-carriageway connects the new BioNTech campus to the nearby Autobahn network — Marburg is hoping that once the Covid-19 crisis is over, homegrown BioNTech will show more loyalty to the town than larger multinationals have.

“We have enough space, so they can expand their site [to manufacture other drugs],” said Spies. “I hope BioNTech will stay.”