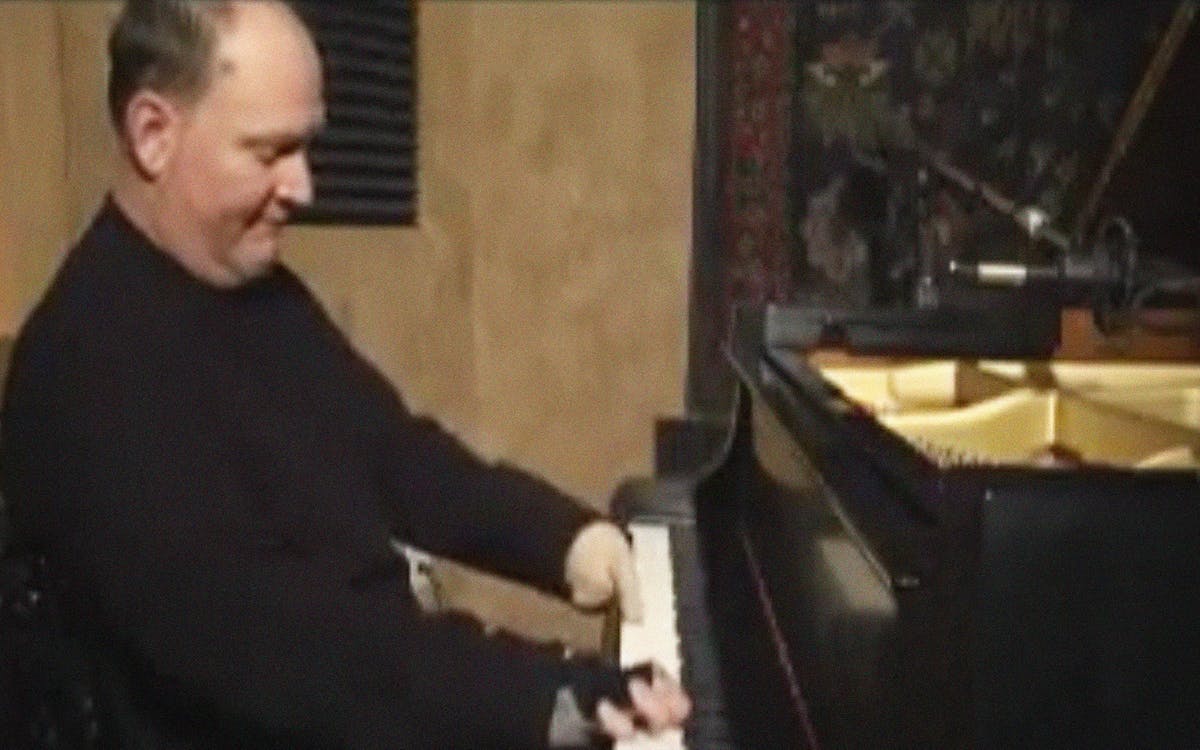 For many years, I have been aware that I have the unique privilege of being in the company of greatness almost on a daily basis. The people whose stories we tell on TCR are heroes—their passion for whatever it is they do makes life truly enjoyable for the rest of us. That, to me, is greatness.

And then there are the unbelievably, undeniably, almost unworldly few whom we happen across who defy all logic and explanation for their talents.

Doug Smith was one of those rare people.

We first found Doug in 2004 at his home near Petersburg, between Lubbock and Amarillo.

“Just follow the sound of incredible piano music as you drive across the cotton fields,” a man told us as we stopped to ask for directions.

And there he was at his piano, playing music so beautiful that we knew he must have spent his whole life studying his instrument—only he hadn’t. We soon learned that Doug had never had a lesson and couldn’t read or write music. He was an “ear” player, and his sweet music seemed to move down his arms, into his fingers, and onto the keyboard in an almost magical way.

We spent the day with Doug and said we would be back soon, but before we could make good on that promise, Doug summoned us to visit him at a rehab center in Lubbock in 2009. It seems he was driving his truck down one of those narrow country roads when he fell asleep at the wheel. The accident had left Doug—the man whose fingers produced some of the most wonderful music we had ever heard—a quadriplegic.

But he hadn’t called us to complain or to place blame for his predicament. He wanted to show us a discovery he had made—that he could play the most beautiful version of “Amazing Grace” using only a few fingers.

“You just need a willing heart,” he told me.

Sadly, Doug died from complications of his injuries in 2016, but it seems like the magic inside him that once animated his talent and his spirit might still be found in the music he left behind.