The Lost Authority In Our Schools – Arizona Daily Independent 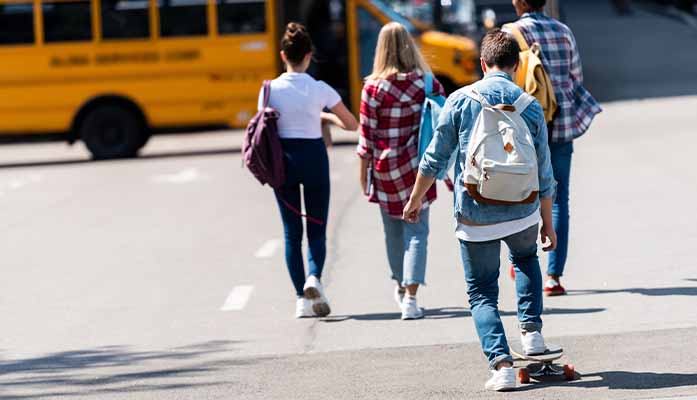 Amid the COVID-19 chaos and both Critical Race Theory and Social Emotional Learning debates, I fear a bigger concern is bubbling just beneath the surface. Few are familiar with the term Restorative Practice (RP), but I believe as the year goes on, many will be affected by the unforeseen or perhaps ignored consequences of its implementation.

First implemented in Australian schools back in the 1990s, RP has quickly become the hot new trend throughout the US education system with the goal of transforming US school’s disciplinary policies (Marsh, 2017).  Designed to deter schools away from traditional disciplinary measure that include suspension and expulsion, RP is focused more on repair and reconciliation (Marsh, 2017).

When RP is in place, school administrators no longer hold the bully accountable but rather include “everyone involved in a relationship – offenders, victims, and community members. Unlike exclusionary discipline, which separates victims and offenders, RP techniques are designed to bring these stakeholders together where they can take turns speaking in a safe listening space.” (Marsh, 2017). Under RP policies, the accuser must face the accused to talk things out. RP in action involves repetitive dialogues to address the root causes of misbehavior, healing circles and peer counseling (Pollack & Eden, 2021).

Now, I am not questioning or challenging the motivation behind RP but I do believe, as with all important issues, in the words of Thomas Sowell, “There are no solutions, only tradeoffs.”  My here is to break down what I consider to be the most problematic tradeoffs thus far.

Declining student behavior and growing distractions in the classroom has become a topic of discussion among many parents, teachers and even students. It seems only school administrators and board members remain in the dark about the rapidly changing school climate beginning as early as kindergarten up through 12th grade.

Well, it is a school climate that includes a kindergartener at a north Peoria elementary school bringing a knife to school and threatening to stab a classmate if he told on him.

It is a school climate that involve a 6th grade student grabbing his teacher by the neck and punching her in the face when she attempted to pull him off another student during a fight.

It is a climate that includes school property vandalism; students identifying as and communicating to classmates and teachers with animal sounds rather than words during class; blatant cheating; vulgar internet searches on school laptops and frequent aggressive fights among students in class and on the playground.

Whether it is fights among students in class, verbal abuse or being accused of racism by students, teachers seem to have little to no support by school administrators. I encourage anyone reading this to ask a teacher about what happens when they send a student to the principal’s office. They will likely tell you the student comes immediately back to class. No detention, no in school suspension, no additional assignments, no punishment at all.

Unfortunately, students know this and like any problem, left untreated it will only get worse. The example given earlier of the 6th grader, assaulting his teacher remains in the same classroom being taught by the very teacher he assaulted. Is that what we want our children to learn and accept; that as a victim of assault they must simply move on, are expected to forgive, and continue their routine life with their assailant? How might the many young students who witnessed the assault feel knowing there were no consequences for the assailant; if the teacher is not protected, what hope do they have?

Whether it is RP or any of the many other behavior modification programs, i.e. Positive Behavior Intervention and Supports (PBIS), Multi-Tier System of Support (MTSS), or Response To Intervention (RTI), the result is the same; extensive documentation, repetitive justification for disciplinary measures and teachers left confused, overwhelmed and without administrative support or reinforcement. A teacher gets assaulted by her student, nothing. A teacher at the same school, who referred to a small group of 7th grade students as bullies, hit her breaking point, used profanity, and was escorted off campus. See the problem?

In the incident with a kindergarten student threatened by his classmate with a knife, school administrators never took the time to search the child’s backpack. They questioned the victim’s account and attempted to have both 5-year-old boys sit down together to “talk it out.” Meanwhile ignoring reports of the 5-year-old victim presenting signs of regression and meeting criteria for post-traumatic stress disorder.

So where do we go from here? A school principal informed me that he believed Arizona school hands are tied by state law when it comes to discipline. A local Superintendent of a charter school made it clear that school policy is to avoid police involvement unless an immediate threat is present. An assault against a teacher, alcohol consumption on campus by minors or reports of inappropriate touching of a 5-year-old by a classmate apparently do not meet the threshold for police involvement.

The Parkland Florida, Broward County school district, experienced first-hand what comes from disciplinary reform policies. A devastating school shooting that left 17 dead and another 17 injured, committed by a student considered by teachers to be profoundly dangerous, became the heartbreaking result of the disciplinary reform RP.

Now is the time for schools to pull back on the unproven behavioral reform policies before many more students are harmed.  Just because a problem is complex and multifaceted, does not mean it requires an equally complicated solution. Our children’s physical and emotional well-being are priceless, and the tradeoff RP is offering is simply far too high.

Pollack, A., & Eden, M. (2021). Why meadow died: The people and policies that created the parkland shooter and endanger… America’s students. POST HILL PR.