The lights are back on in Texas, but the true scope of the disaster won’t be visible for weeks 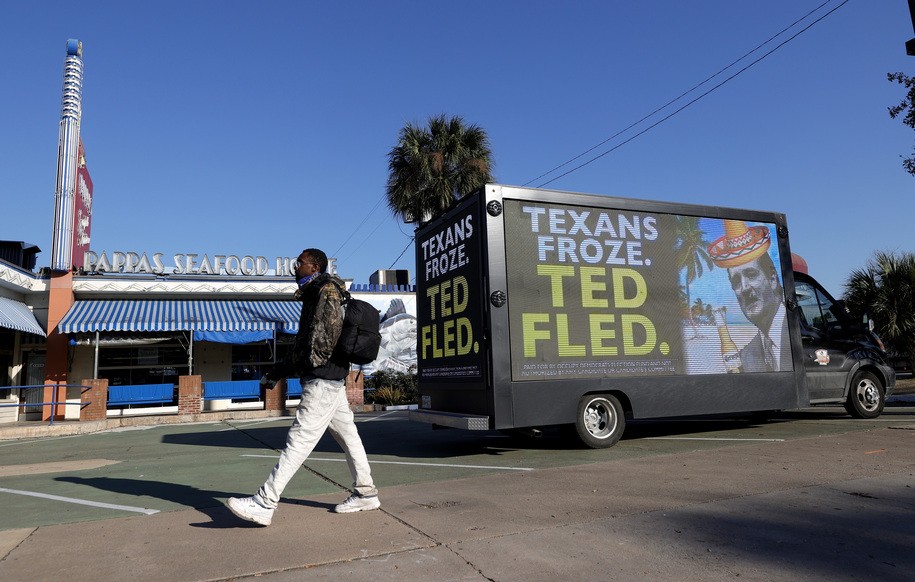 As Bloomberg reports, the outages have left Texas facing a “food supply nightmare.” It’s not just grocery stores that have been filling the trash bins with tons of food. It’s every home in Texas where they were both unable to keep a refrigerator running, and unable to cook the food they already had. It’s also every restaurant in the 90% of the state where the power is controlled by the closed ERCOT grid system.

After a week, Texans are finding that their shelves are empty, the stores are empty, and the restaurants are closed.

The disaster also permeated up the supply lines to affect the production of everything from meat to produce. Hatcheries were unable to incubate eggs. Meat processing plants and wholesalers made their own contributions to the mountains of spoiled or unsafe food.

Throughout the pandemic, there have been temporary outages of specific products, but Americans everywhere have been able to get by, even if there have been frustrations. However, Texans are finding that it’s not possible to Instacart or DoorDash a solution when everything is down at once, thanks to a shortage of what’s become the nation’s most basic commodity: energy. In Texas—Texas—many people have also reported difficulty finding gasoline.

Store shelves in some areas have begun to recover, though many stores are keeping restricted hours and limiting purchases in an effort to bring things back to more normal levels. And those problems at the suppliers mean that it may be weeks before the situation is smoothed out and Texans can stroll into a supermarket to find the expected levels of abundance.

For restaurants the situation is more complicated. Not only did many lose massive amounts of food, replacing those losses has been difficult. At the same time, water failures are keeping some locations closed, while boil orders are making life excessively difficult at others. All of this is coming on top of a pandemic year in which many restaurants have had to either close or limit their dining. Running a restaurant is an economically iffy proposition in the best year. This has been the worst year. And there’s no doubt that for some Texas restaurants, the power outage and attendant disasters will be the final straw. Some will never come back.

There have been some stirring examples of kindness and decency emerging from this disaster. Restaurants have given away thousands of meals rather than let their food spoil. Store owners in areas lucky enough to have been consistently supplied with power have turned their locations into shelters for Texans trapped in freezing homes. But those events won’t come close to making up for the losses.

Thousands of home and apartment owners are coming out of the blackouts with severe water damage. For most of them, their insurance will not cover this damage.

Even so, these may not be the Texans facing the biggest bills. Some people whose homes are perfectly fine, could still lose those homes in the next few months to something that seems ridiculous—the bills they are facing from Texas’ deregulated market.

In many areas of Texas, there are two kinds of power plans available. One provides a fixed or semi-fixed price, no matter what the market price of power may be. The other allows prices to float, providing power at a percentage above the wholesale cost. Many people have signed up for the second kind of plan, specifically because it has been advertised—and has been for several years—as a cheaper solution. But now people whose power plans including pricing that floats with the market are going to be facing enormous bills. On Saturday morning, costs of power are still 300% of normal rates, but on Tuesday and Wednesday the market was at 27,000% of normal for the full day. People who never lost power at all may still face a ruinous disaster; one that arrives in their mailbox.

That may sound incredible, but then, this has been a manmade disaster at every level. No earthquake toppled homes in Texas. No hurricane swept in from the sea. The power grid went down because it was turned off to prevent damage resulting from a mismatch of high demand during a period of severe cold weather, and undersupply as gas, coal, and nuclear plants all went offline. It would have been nice if the states’ wind turbines could have picked up the slack—they can, on occasion, supply 60% of Texas’ demand. That wasn’t possible the first part of this week, not because those turbines were frozen, but because winds were light. They often are at this time of the year, which is exactly why the remainder of the system was supposed to be up and covering the needs. It didn’t.

What happened in Texas is the end result of a system designed and operated to fit the needs of pure neoconservative disaster capitalism. When billionaires scream that they’ve “hit the jackpot” from the surging cost of natural gas, or a small producer turns what would have been a $40,000 week into a $10 million windfall because electricity has his $9000 Mw/hr, that money doesn’t come from nowhere. It comes from ordinary people. It comes from the people whose water pipes have burst, from the restaurant owners whose food has spoiled, and every Texan about to open that friendly envelope from their power company. They’re the ones who will now take what little they have left, and ship it straight to the people who engineered this disaster in the first place.

The disaster in Texas isn’t over. It will never be over, so long as Republicans can continue to sell them on the idea that it’s better to die than to have a system that works for them, rather than the billionaires.