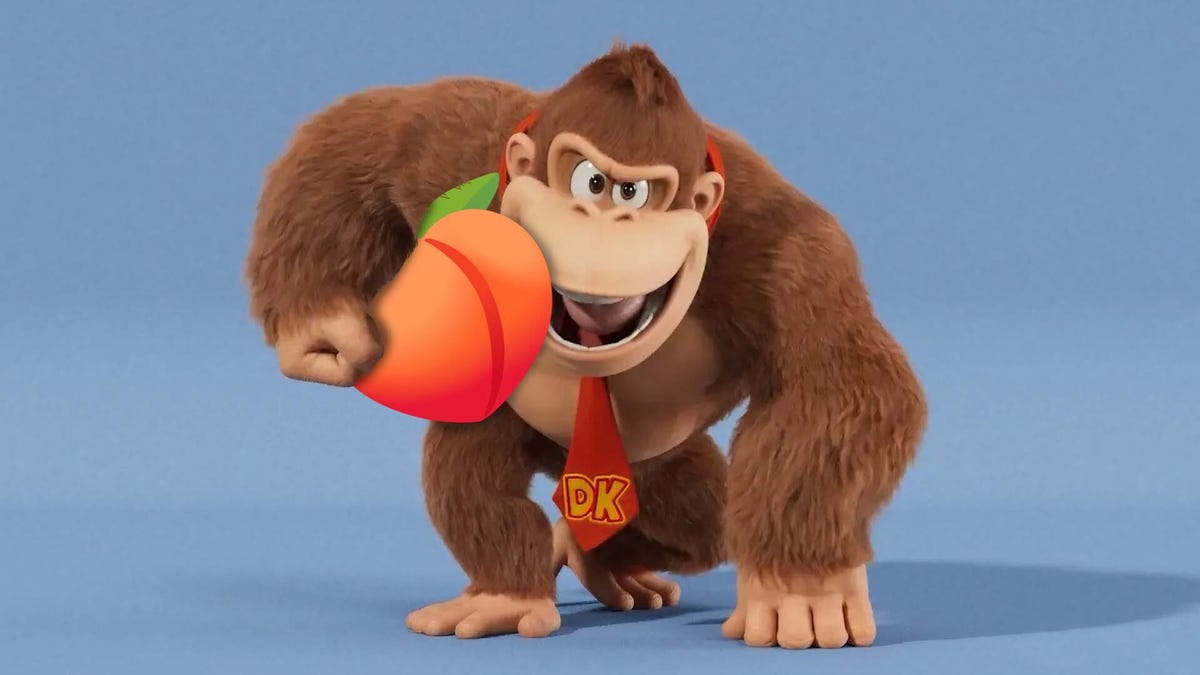 When Nintendo uploaded the first promotional image for The Super Mario Bros. Movie, fans were quick to clown on the plumber for his concave ass. The looming question on everyone’s mind was whether or not Mario’s one-time nemesis Donkey Kong would have his ass nerfed too. Thankfully, DK has enough junk in the trunk to make up for Mario’s shortcomings. Yes, it’s going to be that kind of blog.

Yesterday, Nintendo premiered the second Super Mario Bros. Movie trailer. Outside of being a better trailer than the first one by virtue of it featuring a girlboss Princess Peach and a cavalcade of easter egg references for fans to comb over, it also came with the added bonus of Donkey Kong doing to Mario what a majority of viewers want to do to Chris Pratt’s voice: beating the daylights out of it. But we’re not here to talk about Chris Pratt’s voice, I already did that. We’re here to talk about Donkey Kong’s badonkadonk.

If you weren’t too busy cheering for Donkey Kong straight jobbing Mario in a bout of fisticuffs, chances are your curious eyes wandered toward the derrière of the caked-up barrel-throwing ape. Truly, any and all crimes Illumination Studios committed by unleashing the Minions upon humanity hath been redeemed thanks to the authenticity it brought to Kong’s glorious ass. Illumination even gave Kong a snatched waist to boot, so you know old boy can throw that thang back around in a circle like the best of them. But don’t just take my word for it. Here’s what fans had to say about DK’s ass online.

“Thank christ, they keep his clappers,” one Twitter user wrote.

“Damn— Donkey Kong is double cheeked up, hella ass, the sun is still out,” wrote another.

“Not feeling it, but Donkey Kong has the butt. So at least, if nothing else, they got that right,” another observed.

The jury is still out on there being a twerking scene in The Super Mario Bros. Movie but if the Minions presenting their TicTac asses for their promotional material is anything to go by, chances are we’re at least gonna get more than a cheeky side angle of Kong’s booty meat when the movie finally hits theaters on April 7.