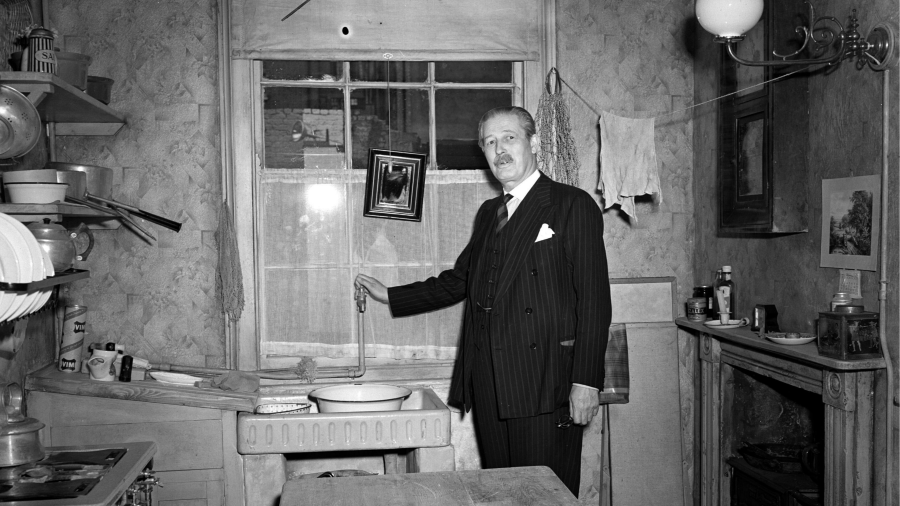 In October 1950 at the Conservative party annual conference, Winston Churchill declared to a packed hall of delegates: “You’ve demanded that the target we should put in our programme is 300,000 houses a year. I accept it.” The rapturous applause that followed left him unable to finish his thought.

This commitment would become part of the programme credited with securing the election for the Conservatives in 1951. Seventy-one years later, things are rather different. Last week’s “mini” Budget has sent shockwaves through those who own — or indeed one day hope to own — property. Mortgage rates are predicted to spike and huge numbers of deals are being withdrawn. Unless you’re earning significant amounts, you can forget about getting the few mortgage products still available to first-time buyers.

Renting is not easy either. Rates in the privately rented sector outstrip what most people can afford in big cities, where the jobs and opportunities are clustered. Many local authorities have significantly depleted social housing (ie actually affordable housing).

This is modern Britain, where many ills can be traced back to the housing crisis. And yet the idea of housing targets, such as those embraced by Churchill, was recently dismissed by Liz Truss, the new prime minister as “Stalinist”.

Policymakers consistently underrate the importance of firm foundations — and a place you can truly call home. Places for young people living away from their families to forge their own future, places for families beyond the precarious privately rented sector and the constant need to move from one squalid council accommodation to the next.

Cramped conditions limit our horizons not just physically but mentally. They affect the relationships you build, the friendships you sustain and whether you have the space and time to find your place in society. The complete absence of housing for those most in need seeps into their core and saps their trust in institutions of any kind.

I know this from personal and professional experience. Almost 30 years ago, I arrived in this country as a refugee from Kenya. Growing up in the deprivation of inner-city London in the 1990s, my family relied exclusively on state benefits. Our home changed every year for a decade, always overcrowded. Today, as a barrister and author, I work on perhaps the most important and intransigent issue of our time — housing. Many of my cases involve convincing councils to adopt plans to meet urgent local needs or appealing against decisions by committees afraid to alienate their older, homeowning constituents.

This is what this government over the past decade has failed to understand. Instead of meeting the challenge head on, instead of understanding that the huge public demand must be addressed comprehensively, they have instead sought to stoke it with policies like stamp duty holidays that do nothing for most people.

The recent fiscal package, with its scrapping of the 45p tax rate, has only made things worse. I understand more than most how taxes fund not only our society as a whole, but the underbelly of it, those most in need and most vulnerable. They underwrite our social contract and guarantee our collective futures in ways we may rarely understand or appreciate. Crucially, they could also provide for a significant programme of affordable housebuilding for another generation.

And while I wince each year as I pay dues to HMRC, I also feel pride knowing that there is potentially a younger me who will benefit from it. Most higher-rate taxpayers are people, like me, who are more than happy to support those most in need. Instead, this new policy has turned us into soulless wealth hoarders without our consent.

As Truss prepares for her first Tory party conference as leader this coming week, it is not guaranteed she will make it to the end of the year, still less make the kind of bold pledge made by Churchill.

But we have reached the point where the wartime effort often feted in the abstract needs to become reality once again. Churchill put one of his most energetic ministers in charge of housing, an issue treated as a public health matter at the time. Standing in a building site, surrounded by busy men shovelling sand into a cement mixture, Harold MacMillan said: “‘This then is our housing message. The quicker you build, the more you will be able to build, and the more you will be asked to build.”

Can you see a housing minister making such a speech today? We can talk all we like about tackling child poverty, about levelling up, about the need to widen access to the top professions, get more children from deprived backgrounds into top universities and create the jobs that allow individuals to lift themselves out of poverty, but none of this really matters if the place you lay your head is not guaranteed.