The Hitchcock film that captures our social isolation 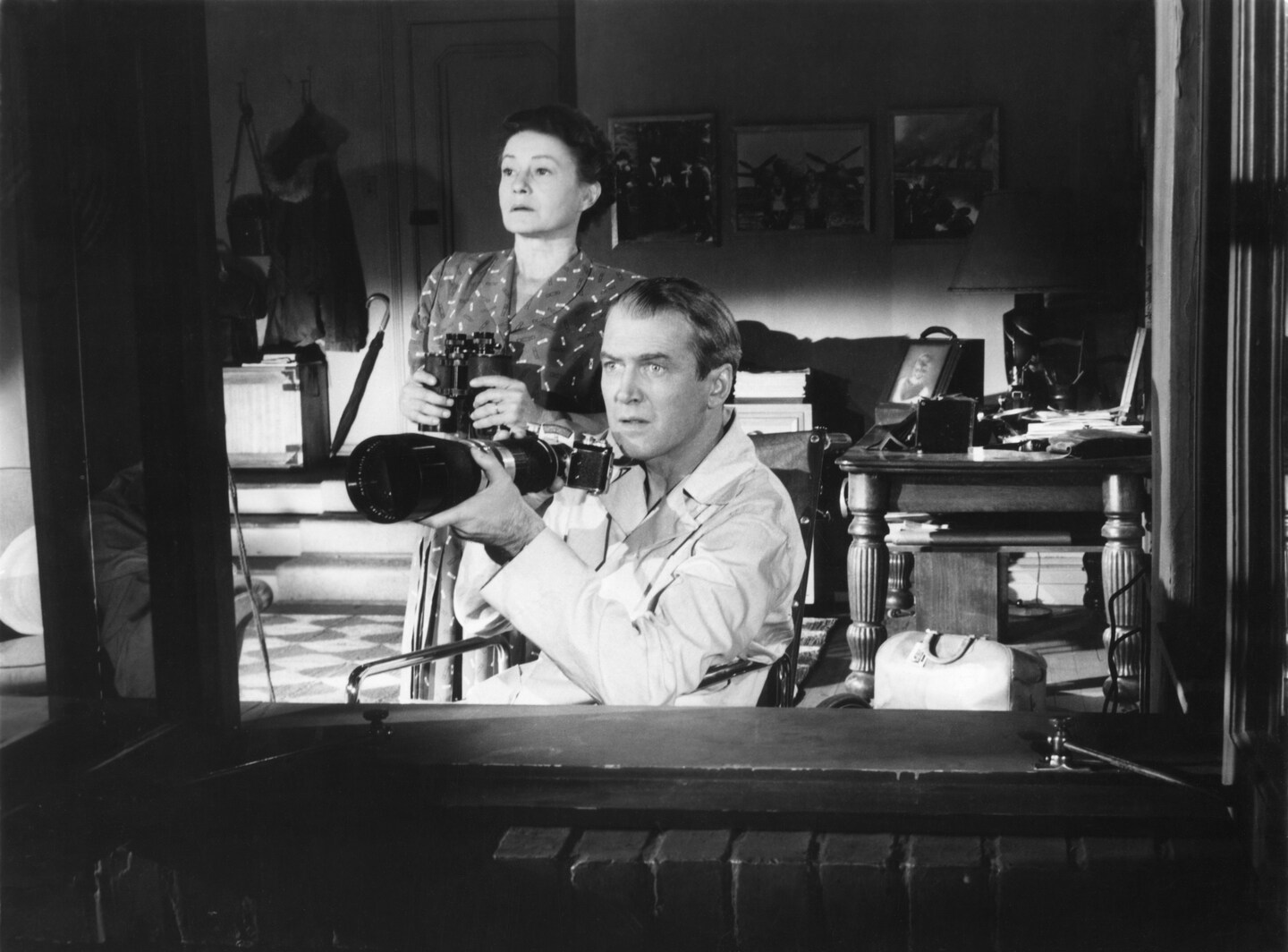 Released nearly 70 years ago, Alfred Hitchcock’s classic film “Rear Window” (1954) continues to inspire new works of fiction. It has informed influential bestsellers, attention-getting films such as “The Woman in the Window” and “The Girl on the Train,” and more recently Steven Soderbergh’s “Kimi” and the recent Netflix series “The Woman in the House Across the Street from the Girl in the Window.”

And this isn’t a coincidence. “Rear Window” reflects the personal and social anxiety, disconnection and uncertainty at the core of contemporary life, all of which have only increased since the mid-1950s and intensified even further during the coronavirus pandemic, which kept so many of us inside, separated from and gazing at the outside world through our windows.

The basic narrative arc of the film, and the other works of fiction inspired by it, is this: Someone — disturbed or somehow afflicted — is stuck inside a restricted space, becomes obsessed with looking outside and witnesses an act of violence. The protagonist must figure out what to do while also trying to determine whether what they perceived happening outside is real. That task is complicated by the character’s troubles with intimate relationships and social interactions more generally.

The audience then learns that the watcher is also being watched and that the danger outside has come inside. After the invasion, some sense of order and calm is restored. But in the end, there is no sure sense of lasting safety or comfort.

In Hitchcock’s film, this narrative takes the shape of a murder mystery incorporating the romantic but volatile relationship between Jefferies (Jimmy Stewart) and Lisa (Grace Kelly), who gradually investigate the mystery together.

The film is a penetrating sociological study, vividly portraying what postwar sociologist David Riesman aptly termed “The Lonely Crowd.” In his 1950 book with that title, Riesman and his collaborators Nathan Glazer and Reuel Denney observed how contemporary society was atomized, increasingly characterized by people living among but apart from others. From the opening shot of “Rear Window,” with its panoramic view of Jefferies’s housing complex, to the many scenes revealing what he sees through his window, the film focuses on the aptly named apartments of his neighbors, presented as compartmentalized spaces — separate units with well-marked and well-maintained borders.

In the film, these divided living spaces diminish any sense of community and compassion. As Jefferies looks out his window and stares into the windows — and the lives — across the way, he mocks the people he sees, giving them depersonalized names such as Miss Torso and Miss Lonelyhearts, tracking their actions and imagining plots for them. Hitchcock carefully constructed the film set to look like an assortment of TV or movie screens, underscoring that the lives of the people Jefferies observes were to be viewed as matters of curiosity, not as cause for concern.

At a key moment in the film, when a dog is mysteriously killed, this cool detachment starts to break down. The dog’s owner delivers a passionate lecture berating her neighbors for their lack of concern for and meaningful contact with one another, while Jefferies and Lisa listen attentively.

That sequence echoed a common complaint leveled at urban dwellers in the 1950s — that they were by and large unneighborly and too separated and self-involved to care “if anybody lives or dies.” It was also an eerie premonition that foreshadowed the extensive commentary on a far more serious real-life event 10 years later. The reported indifference of her neighbors during the 1964 sexual assault and murder of Catherine “Kitty” Genovese in front of her apartment building in Queens came to stand as a disturbing emblem of big-city living and residents’ callous indifference to one another — even if later evidence debunked that narrative.

In 1954, “Rear Window” presented a powerful critique of detached watching, but it also envisioned a kind of engaged observing of others that was beneficial, even necessary. Jefferies may seem like a mere peeping Tom early in the film, but his obsessive watching ultimately contributes to solving a murder. In this way, the film anticipated the “eyes on the street” argument put forth in a 1961 book, “The Death and Life of Great American Cities.” In it, author and activist Jane Jacobs made the case that when everyone watched one another, neighborhoods were kept safe and connected.

In the film, it is Lisa who takes the lead in making the transition from distant to protective watching and from separation to active involvement. She leaves Jefferies’s apartment, up until that point a mere observatory, to break into the apartment of the man suspected of killing the dog, which was targeted when it accidentally came close to digging up signs of a crime. She discovers evidence that helps to reveal a homicide and capture the murderer.

This vision of a resourceful and gradually empowered woman brings a nascent feminist message to the film — challenging what Betty Friedan termed “The Feminine Mystique” (1963), the widely shared conception of women in the postwar period as mere helpmates to a breadwinning husband. Initially, Lisa had spent much of her on-screen time parading around Jefferies’s apartment in fashionable, expensive clothes and trying to convince him that he should give up his adventurous job as a photographer and settle down into married life with her. But she becomes increasingly less domestic and more outgoing and engaged in solving the murder.

Largely through Lisa’s efforts, the film ends on a guardedly happy note. The camera again pans across the housing complex, this time showing a bustling world of neighborly neighbors, no longer confined to cubicles, and Jefferies and Lisa together, no longer looking at life through a rear window.

For all its effectiveness in portraying mid-20th-century worries about isolation, detachment and disconnection from any real community, “Rear Window” is perhaps an even more compelling picture of and fable for our times. The life exemplified in Hitchcock’s film — solitary watching as a substitute for real connections with others — has intensified in more recent years.

Sociologist Robert Putnam charted the deterioration of civic life and the rise of solitary habits in his 2000 study “Bowling Alone,” stressing that the turn from joining to separating coincided with the installation of a screen in nearly everyone’s life: a television. That device entered Americans’ homes in unprecedented numbers during the 1950s and quickly became the new window into — and in some ways, the replacement for engagement with — the lives of others.

Today, we are fixated on an even more powerful and captivating digital screen, always with us and always on: our smartphone. And it is no exaggeration to say that we are even more at risk. In a study that updates Riesman and Putnam’s work and is essential to understanding our time, Sherry Turkle has persuasively argued that we are now kept “Alone Together” (2011) by perpetual reliance on our smartphones.

As before, new technology promises expanded horizons and connections but often delivers rooms with a flattened view, diminished social skills and interest in social activities, enhanced excitement but reduced empathy, and a disquieting sense that there is, or at least should be, more to life than watching and being watched.

We are now more like Jefferies than ever. The new versions of the “Rear Window” master narrative testify to its relevance and urgency today. The adapting and updating of its narrative has also extended its reach, however indirectly, to new audiences. But the original retains its power and relevance. The director himself would certainly recognize and relish the irony that watching his film about the irresistible appeal and inevitable dangers of watching might be perennially instructive.