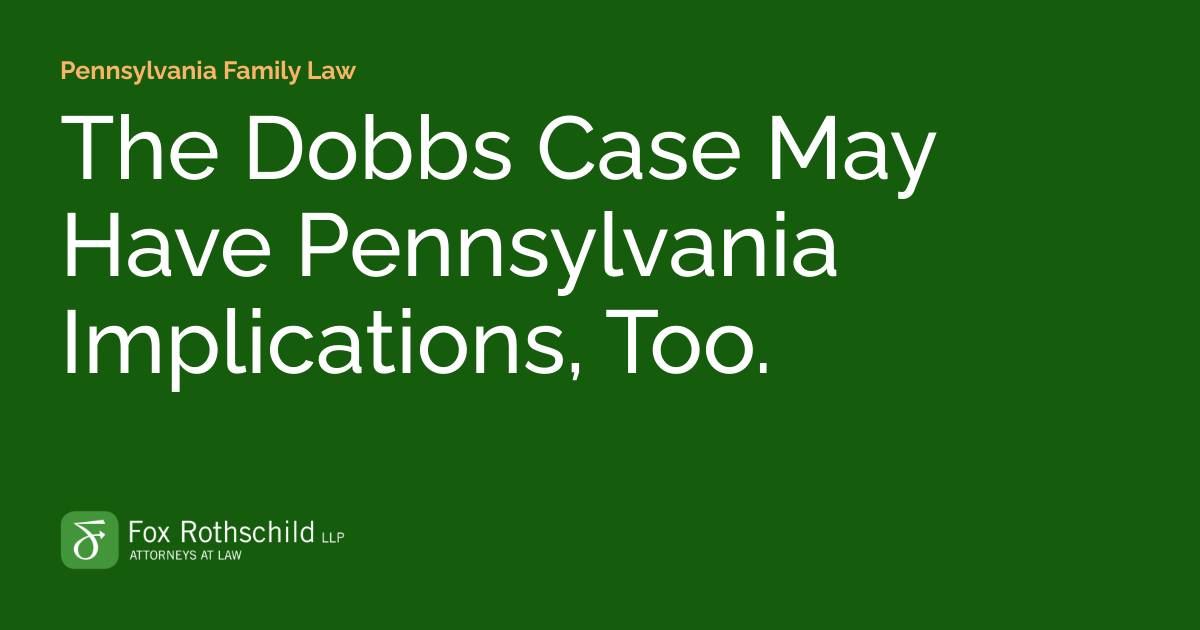 On Friday morning (6/24/22) the U.S. Supreme Court issued its ruling related to the legality of a Mississippi law seeking to regulate abortion in that state in a manner inconsistent with the precedent of the 1973 decision in Rowe v. Wade, 410 U.S. 113. The majority opinion can be linked here https://www.supremecourt.gov/opinions/21pdf/19-1392_6j37.pdf . As the syllabus of Justice Alito’s majority opinion suggests, this Supreme Court has held that earlier decisions in Rowe and Planned Parenthood of Southeastern Pennsylvania v. Casey,  505 U.S. 833 (1992) were wrongly decided and that states may pass laws regulating abortion so long as those laws meet a rational basis test.

In sum, what was from 1973 to 2022 a woman’s fundamental right to terminate a pregnancy is no longer a fundamental right. The implications of this ruling really cannot be overstated as the current bench of the court is signalling that many cases “interpreting” the Constitution in the past 85 years since West Coast Hotel v. Parrish, 300 U.S. 379 may be reversed because there is no direct constitutional antecedent to the court’s decision.

While abortion remains legal in Pennsylvania, it is clear that this is a subject which the General Assembly wants to further regulate. Governor Wolf has vetoed three bills seeking to restrict abortion. The two gubentorial candidates have very divergent views on whether there should be additional regulation.

But in the meantime, the cloak of protection women had by reason of the breadth of the Roe decision may be affected even before new laws are enacted. Early in my career, I was contacted by a fellow attorney who was in a serious relationship with a woman who became pregnant. They had quarreled and separated prompting the woman to decide to terminate the pregnancy. Before she acted on that decision, my colleague inquired of me what could be done to enjoin that decision on her part. Relationship or no, he wanted a child.

At the time the law was clear. It was the gestational carrier’s right to terminate the pregnancy within the period defined by Roe. There was no legal entitlement to interfere with that right. The Dobbs ruling puts that question back on the table. If states have the power to intervene in a pregnancy to “protect” the fetus, it would seem to follow that a father also has standing to request that court provide the same protection. Of course, this presents the challenge of who is the father but prenatal testing is available as early as seven weeks into the pregnancy. The Mississippi law restricted abortion after 15 weeks. A Pennsylvania bill passed in 2017 imposed the restrictions after 20 weeks but was vetoed by the Governor.

Can a putative father have standing to enjoin an abortion while seeking a paternity test? That’s a challenge legally because he can’t prove he is a real party in interest until he secures such a test. Should this be handled via ex parte proceedings because a mother might otherwise abort the fetus before the judicial proceedings can be fully heard? This further complicates the matter as ex parte proceedings are ordinarily not favored because they are in derogation of due process norms. If Pennsylvania does act to restrict access to abortions, can a father seek an order enjoining a mother’s interstate travel to jurisdictions where abortions are legal? The commentators note that the Constitution protects freedom of travel. But Pennsylvania and other states have adopted laws restricting relocation of a “child” (23 Pa.C.S. 5337). It would seem self-evident that a fetus is not a child until born. We have In re L.J.B, a 2018 case where the Pennsylvania Supreme Court ruled that conduct harmful to an en ventre child was not abuse under the state’s child protective laws. 199 A.3d 868 (2018). But that decision rests on a policy that an individual’s personal conduct while carrying a child should not invite state intervention because the range of possible deleterious conduct is so broad. The matter of terminating a pregnancy is essentially a bright line test and it does not stretch the imagination to think that many judges would not hesitate to act once the broad protections of Roe v. Wade have been dissolved by the U.S. Supreme Court’s recent ruling.

Many questions; few clear answers. Suffice to say, the judicial waters we navigated for the past half century are now “uncharted.”