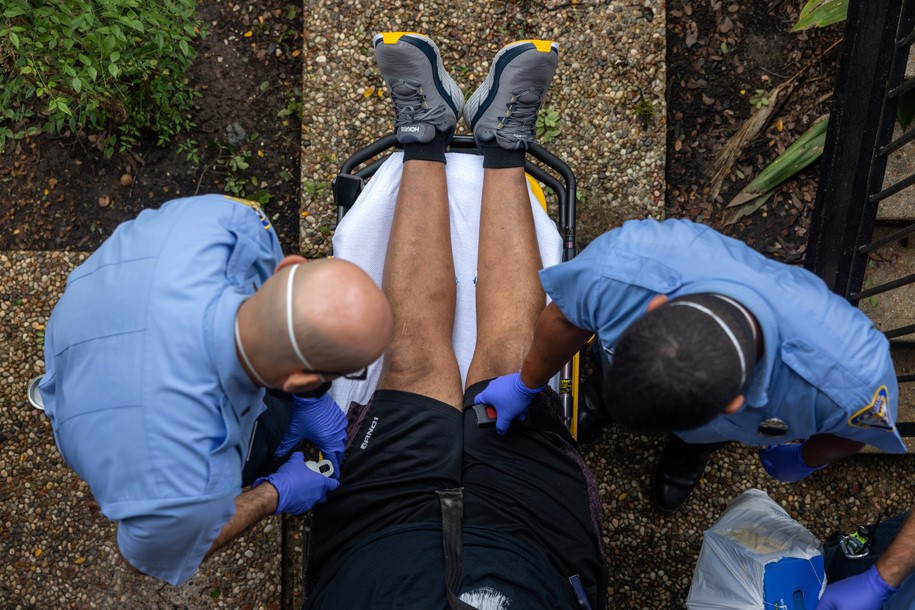 How about accepting “follow the science” from the medical and scientific communities that work in the field of infectious diseases and develop drugs, vaccines, and treatments to combat deadly pathogens? Maybe listen to those?

In other words, she can’t respect Donald Trump?

Something must’ve happened in her life to make her feel aggrieved, with all this talk of ADMIT IT YOU’RE WRONG. But of course, it has particular poignancy given the FUD she was believing and spreading.

Aside from the obvious global undercounting of COVID deaths, yes, people die of things all the time. We are, indeed, mortal creatures. And many of us engage in dangerous or risky behavior. Many more people live in parts of the world without adequate sanitation, medical care, and nutrition. Others live in war zones.

The difference is, most of those don’t kill the person next to them. And when they do—like with second-hand smoke—government finally stepped in and made it harder for smokers to damage innocent bystanders (like banning smoking indoors, in planes, etc).

Furthermore, the COVID numbers are lower PRECISELY because of aggressive mitigation efforts. Without vaccines, social distancing, and masking, those numbers would be exponentially worse. So this is, essentially, a complaint that COVID is no big deal because people have worked so hard to minimize its impact on society.

Also, how stupid is the notion that some shadowy cabal intentionally murdered millions of people in order to “prepare the stage of financial markets for mergers and acquisitions?”

Pharma companies sell hand sanitizer and masks? Seems like a low-margin business to be in. They should stick to pharmaceuticals.

“Do not panic and do not kill yourself with unnecessary fear.” Remember that one. It’s relevant down below.

And finally, my favorite rebuttal to the stupid “only 0.4% die!” argument:

There are 45,000 commercial flights around the globe every day. If the airline industry had a 99.6% success rate, that would mean 180 planes would crash every single day.

Would you get on a plane with those odds?

Not to mention, those 5% of “critical” cases (assuming the number is accurate, which may or may not be true): that’s a lot of pain, sorry, financial ruin, long-term damage, and loss of quality of life, etc. Who the hell wants that shit?

We’ve addressed this before. The number of fired health care workers is minimal, less than 1%. Does it suck, given already-existing health-care worker shortages? Of course. Would it be better to have unvaccinated vectors of disease roaming the halls of hospitals and nursing homes? Absolutely not. What would be better would be for people to vaccinate, so emergency rooms would be less stressed, and workers wouldn’t be pushed past their breaking point.

She is “very scared” to go to the hospital, after telling us, “Do not panic and do not kill yourself with unnecessary fear.” Maybe now would’ve been a good time to admit that she was wrong, as the two memes she posted urged?

She did have good friends, urging her to push past that fear. Over the past few weeks, we’ve seen a definite uptick in memes and comments scaring people away from hospitals, with all sorts of attendant claims like, “hospitals get money for killing you and claiming it was COVID.” After spending weeks ingesting horse paste, these COVID deniers end up in hospitals out of desperation when it’s too late to administer treatments with higher success rates, like monoclonal antibodies. Therefore, they are more likely to need a respirator, where survival rates plummet into the 30% range. They die, and suddenly, a new crop of assholes post on Facebook about how the hospital “killed” their friend or family member. Lather, rinse, repeat.

Reminds me of this meme, posted in yesterday’s meme roundup:

That one fits so well!

Okay, back to today’s story. Turns out, our hospital-fearing anti-vaxxer died, just five days after her last “I am very scared [of the hospital]” comment.

Turns out, “lots of people die of other things” was a poor argument against take COVID seriously. But, apparently, the skids have now been greased for some corporate mergers and acquisitions.

I do wonder, however, if she ever admitted she was wrong. That was, at the time, very important to her.

Louie Anderson Dead at 68 After Battle with Cancer

Meat Loaf Dead at 74 from COVID

Game Scoop! 659: This Changes Everything