The Companion Collection Out On Switch Today 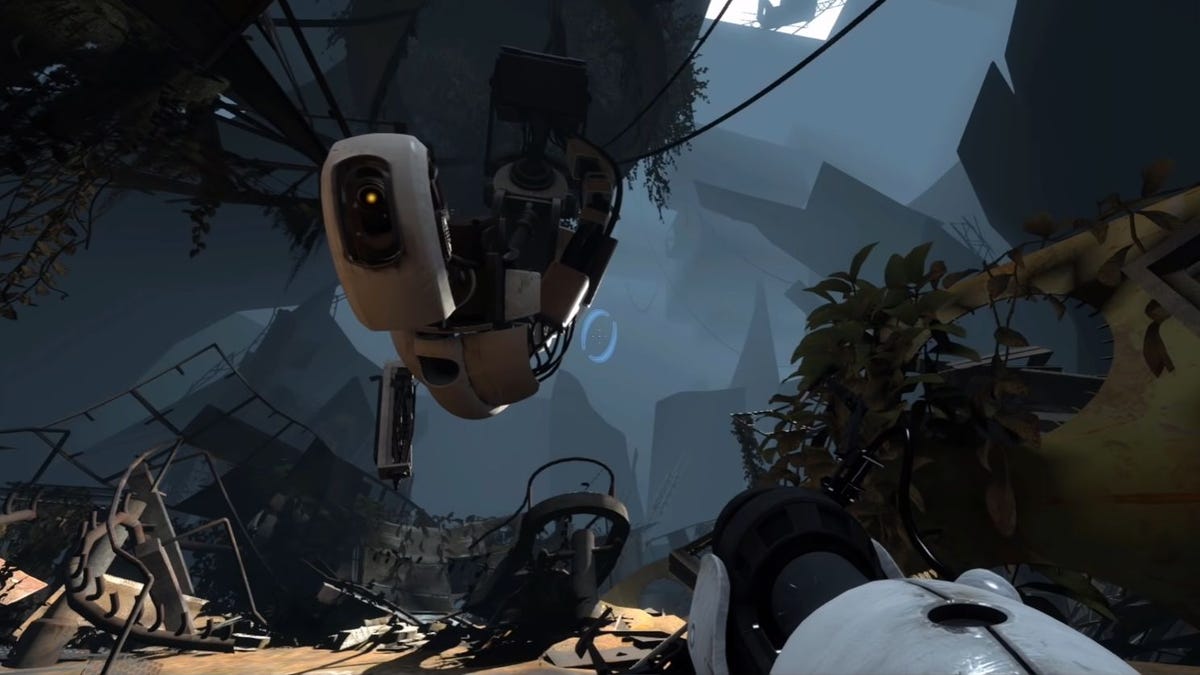 Just when you thought you were finally safe from that guy making “the cake is a lie” jokes (before misquoting some Monty Python), Valve has surprise-launched the Switch port of both Portal and Portal 2 today. Announced during the very Mini Nintendo Direct, the 2007 smash hit puzzle game should be on your handheld’s store right now.

Valve’s first ever release on the Switch, both Portal and its 2011 sequel come as a bundle, but when bought will download to your machine as two separate games. My hopes of some sort of surprise new content built into a new launcher are somewhat dashed there. But I think special mention should be made here of the price. It’s $20, which is…really good?

Nintendo has unfortunately set a standard that their own ported re-releases somehow seem to begin at a full $60, no matter how old the game, and no matter how unexciting the port. So seeing Valve come in with two games (albeit ones 11 and 15 years old) at a third of that rather delights me. Especially when they’re, you know, two of the best games ever made.

It’s quite easy to forget what a revelation Portal was on its first release. It was almost a throwaway addition to Valve’s The Orange Box, a collection that alongside the previously released Half-Life 2 and Episode One, also gave the world Half-Life 2: Episode Two, and Team Fortress 2. Joining those behemoths was this mostly unknown puzzle game, famously created by a group of students Gabe Newell had conscripted from Digipen.

Given the full Valve treatment (as it was then, and so sadly is no more), it had writing by Erik Wolpaw, and the incredible voice acting of Ellen McClain as evil robot GLaDOS, to accompany a collection of puzzles that required rewiring your brain to no longer think in linear reality. Oh, and it had that song at the end!

It looks and runs great on Switch, although there’s seriously no changes to the game. It even still has you stand still in the elevators for no reason, before then throwing up a “loading” message, rather than just bloody putting the loads in the ride. I’ve not played enough to know if I’m going to be comfortable without a mouse cursor, and am certainly concerned about how those later reflex-y puzzles will work.

Also, it’s finally an excuse to return to Portal 2, a game I’ve certainly neglected in the intervening years. I think because it was so story-focused, it didn’t have quite the same replay value as the original’s essential collection of puzzle chambers. But what a fantastic story it was, and I’m really looking forward to playing it all again.

Will this release wake up some part of Valve’s sleeping hivemind, and nudge it into wanting to create something new (and not only for the VR elite)? Writer Erik Wolpaw certainly hopes so.