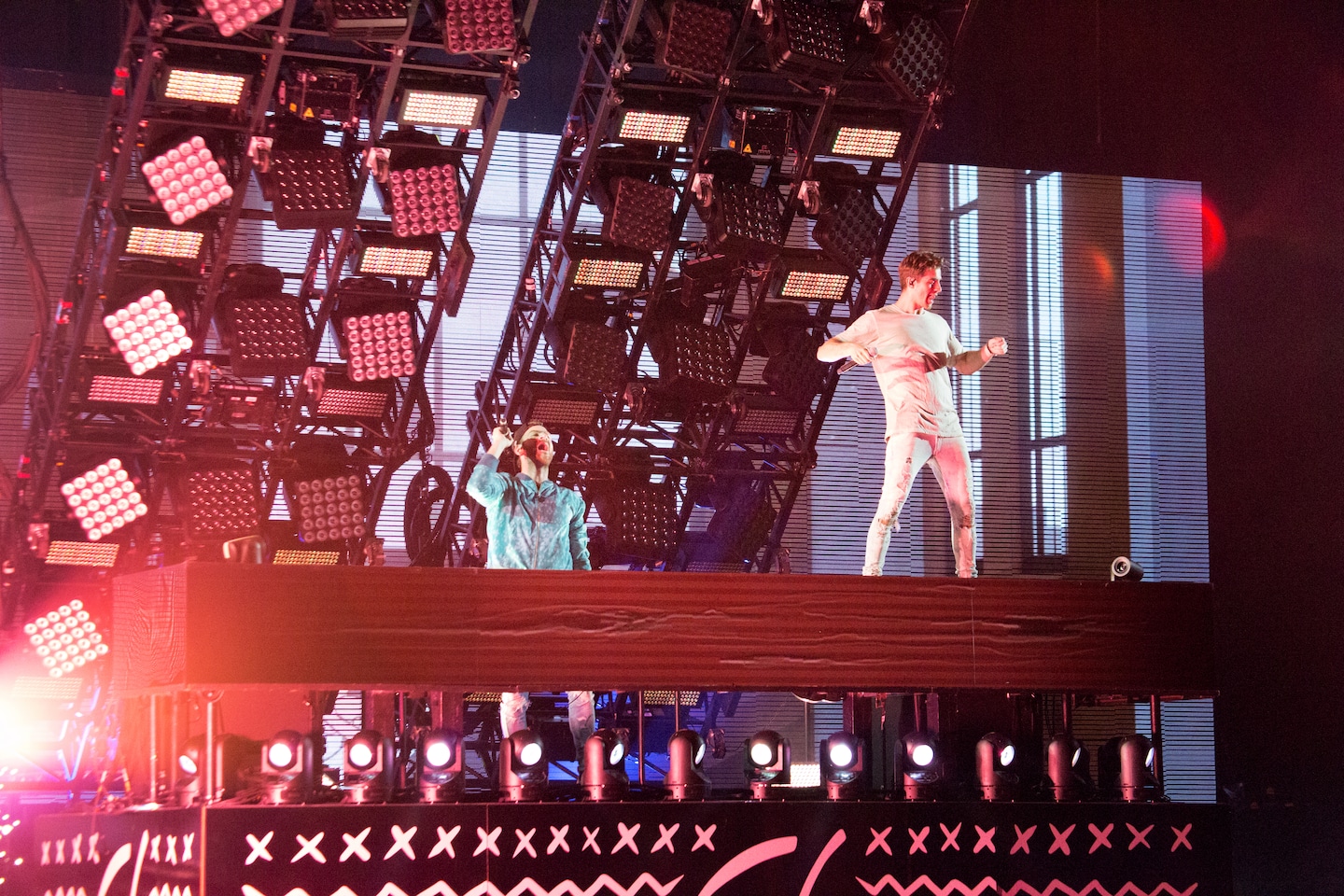 From airport pickups to guest-bedroom invitations, TikTok users across the globe are flooding the app with offers of support to American women in need of abortions. But many of the videos don’t mention abortion at all. Instead, they refer to a hypothetical “getaway,” “camping trip” or “wine-tasting experience” — all examples of “algospeak,” or internet codes with hidden meanings.

The clips in the Gen Z-favored app have something else in common, too: overlaid text set to the song “Paris” by the Chainsmokers.

The 2017 bop from DJ-duo Alex Pall and Drew Taggart was inspired by the “sentimental yearning for a reality that isn’t genuine,” the group said when “Paris” was released. But while the electro-pop hit began as a narrative of two lovers’ reality-bending escapades, it has now become a rallying cry for abortion access because of one phrase: “If we go down, then we go down together.”

The people creating the videos span age groups, locations and backgrounds. In one video, Waterville Mayor Jay Coelho posted that “camping is legal in Maine,” noting that his city has two available “campsites,” or abortion centers. In another, a woman who’s “not in a safe state” said she’d contribute “gas money, lots of hotel points and a comfy car to get us” to an appointment. Others offered lodging across the United States, Canada and Europe.

The clips are the latest example of how TikTok trends emerge — with an algorithm incentivizing users to re-create content after a video goes viral. But it also underscores how people appear to be seeking a sense of belonging and solidarity amid sharpening political divides. Hailing the Chainsmokers as “our unexpected pro-choice kings,” as one user commented on TikTok, people have described getting emotional when watching the videos.

After being made aware of the trend, the Chainsmokers said over the weekend that while they had never imagined the five-year-old song would become an abortion rights anthem, it was “beautiful to see our music playing a role in bringing people together.”

After the Supreme Court upended decades of precedent in last week’s ruling, access to abortion care became unequal across the country. About half of states will continue protecting the right. Over a dozen will have “trigger” bans taking effect within a month. Other states doubled down on restrictions after the ruling was released. Overall, 52 percent of women of childbearing age in the United States will face greater limitations on abortion.

Abortion is now banned in these states. See where laws have changed.

The gaps in abortion access has spurred a movement across social media — with a specific soundtrack. On TikTok, the lyrics to “Paris” have been turned into hashtags like #ifwegodownthenwegodowntogether and #wegodowntogether. As of early Thursday, both had racked up a combined 78.5 million views, while the song had been used in over 136,600 videos.

While the clips appear to be well intentioned, some users have cautioned against accepting strangers’ offers — in part because some states might make it illegal to aid people seeking abortion. For instance, individuals doing so in Alabama could risk being “prosecuted for conspiracy if they help someone either get or even plan to get an abortion in another state,” state Rep. Chris England, chairman of Alabama Democrats, said on Twitter.

“These people have just gone on social media and publicly announced they are a safe haven for abortion seekers. Anti-abortion people are now watching them. Law-enforcement will learn their names,” activist Kiki Djarin posted in a Twitter thread.

Abortion is illegal for millions. Will Big Tech help prosecute it?

Nevertheless, after being made aware of the TikTok trend using “Paris,” the Chainsmokers said the song would hold “so much more meaning every time we perform it.”

“If we go down then we go down together. last night in atlanta and every night from now on,” the group captioned a video after its show Monday in Georgia.