The 1960s provide a post-Dobbs path for securing legal abortion 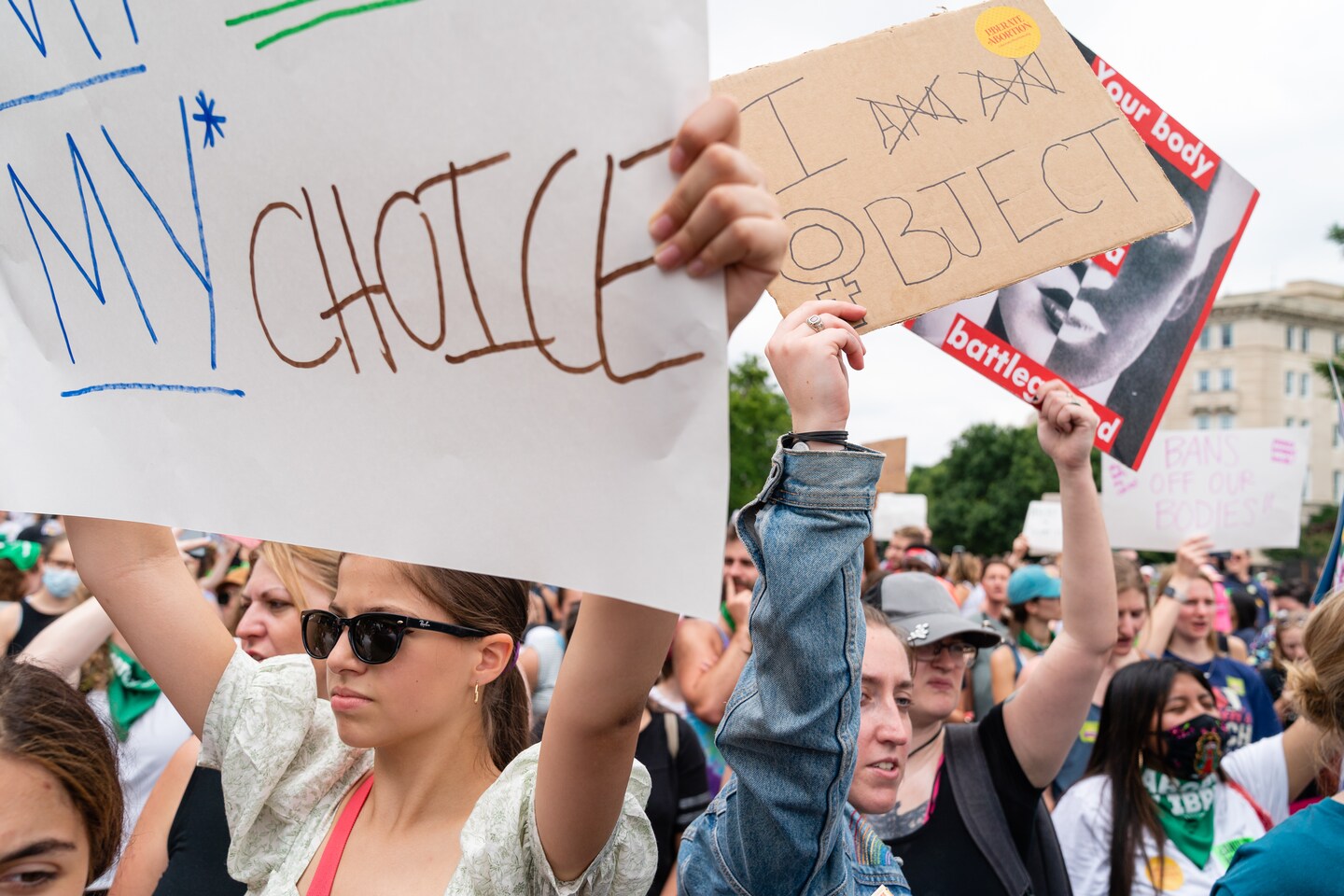 The Supreme Court’s decision in Dobbs v. Jackson Women’s Health Organization revokes the constitutional right to an abortion and thrusts the issue back to state legislatures, which controlled abortion policy for over a century before the court nationalized abortion rights in Roe v. Wade in 1973. What comes next may be shaped by our understanding of that history.

Despite periodic campaigns, draconian abortion laws seemed nearly immune to change from the 19th century to the 1960s. But in the second half of that decade, activists succeeded at decriminalizing abortion or loosening restrictions in 17 states and Washington, D.C. This history shows how effective a diverse political coalition can be when it throws everything it has at a problem — from disruptive civil disobedience, to demonstrations of commitment by people of faith, to tireless lobbying. Most importantly, these past victories teach that grass-roots organizing and political mobilization work.

As activism to change abortion laws gained steam, the movement began winning what had earlier seemed like impossible victories. In 1965, a state legislator named Percy Sutton introduced the first bill in New York’s modern history to liberalize the state’s 1828 abortion law. Judged by later standards, its provisions were moderate — it would have expanded the grounds on which a physician could grant an abortion. The bill reflected the position of the elite American Law Institute and a few doctors. Even so, the legislature never seriously considered it.

Just five years later, however, on July 1, 1970, New York began to implement a far more ambitious piece of legislation — the most liberal abortion reform law in the United States and, according to the then head of the Planned Parenthood Federation of America, the most liberal in the world.

What drove this seismic change? In a word: activism.

Some of the organizing and mobilizing was deeply anti-establishment. It came from the socialist wing of the feminist movement and from radicals who cut their teeth on in-the-streets battles for Black civil rights and against the war in Vietnam. In February 1969, these feminists protested inside and outside of legislative hearings on abortion. They were dissatisfied with another bill that would merely have liberalized the abortion laws (introduced by White Democrat Al Blumenthal). They demanded that legislators support a far more ambitious proposed law, one that would have removed abortion entirely from the state legal code.

Activists, primarily from two New York City-based groups, Redstockings and New York Radical Women, shouted down an “expert” witness at the hearing, which featured 15 invited speakers, 14 men and one woman — a celibate nun. “O.K., folks,” one protester said. “Now it’s time to hear from the real experts … from the people who really know — women.” She explained the “psychological and sociological effect” of the law on her: “it’s made me angry! It’s made me think about things like forcing doctors to operate at gunpoint.” One state senator upbraided the demonstrators, “What have you accomplished? There are people here who want to do something for you!” Redstockings founder Ellen Willis recorded one protester’s response, in an unsigned piece she published in the New Yorker: “We’re tired of being done for! We want to do, for a change!”

A month later, in March 1969, Redstockings members countered this hearing with a “speak-out” at a Manhattan church where women shared their own abortion experiences. Doing so embodied the feminist movement’s creed that the personal was political. Sharing what was considered strictly private, even shameful, enabled women to see that many had had similar experiences.

This realization led to another epiphany: Many of the worst obstacles to seeking an abortion were not one’s own faults or bad luck but were structural — products of a system that, in their view, advantaged men and disadvantaged women. As journalist and activist Susan Brownmiller wrote about this first-ever speak-out on abortion: “For three hours,” women “testified from their own experiences with unwanted pregnancy and illegal abortion.” A woman named Judy Gabree testified that she had gone “to eleven hospitals searching for a therapeutic,” or legal, abortion. At the 10th, they offered Gabree a deal: “They’d do it if I agreed to get sterilized. I was twenty years old.”

These confrontational and pathbreaking tactics helped change minds and garner press that forced lawmakers to take a stand on abortion for the first time. But much of the grass-roots work that changed abortion policy came from feminists who worked within the system of law and governance — working in parallel to radical feminists who were trying to force change from the outside. Members of the National Organization for Women (NOW) like my mother, Beatrice Kornbluh Braun, had a more mainstream strategy and arguably just as big an impact. My mother was the only attorney on the abortion committee of the New York NOW chapter and wrote the first draft of the law that the state legislature ultimately passed. In fact, she outlined the bill that became the favorite of the radicals: It would have removed abortion entirely from state regulation — a standard that, even today, only four states and D.C. have achieved.

NOW members, and proponents of abortion decriminalization in both parties with whom they worked closely, protested peaceably, organized information nights at local political clubs, published broadsides about abortion as a fundamental element of women’s civic equality with men and threatened their representatives with punishment at the polls if they did not change their positions. They lobbied in the state capitol and in local political offices. They were just as uncompromising in their efforts as the radicals even though their tactics were more mainstream.

Upstate New York Assemblywoman Constance Cook — a Republican and vice president of NOW’s state chapter — was the abortion bill’s biggest champion in Albany. Cook described putting colleagues who didn’t want to take a position on abortion “on the pan,” where they would inevitably feel the heat from constituents who disagreed with them. She saved this tactic for crucial moments, Cook remembered, but when she really needed the votes, as in the last weeks before the final vote on the abortion bill in 1970, she didn’t hold back.

The two schools of activists won because they were relentless and worked both in parallel and jointly toward the same end. When radical feminists held headline-grabbing events like an abortion speak-out, for example, they helped make the previously private issue a public matter. Legislators, in turn, began getting questions about their stances on legal abortion for the first time, and many came out for liberalization because they had received countless letters (organized by liberal feminist groups like NOW) from constituents favoring legalization. Together, liberal and radical feminists organized new local and statewide networks, including an effective organization called New Yorkers for Abortion Law Repeal that pushed for my mother’s no-compromise version of the law. This group included feminists from across the tactical and ideological spectrum, Democratic and Republican liberals, local activists and clergy and congregational leaders from the faith-based abortion-referral operation, the Clergy Consultation Service on Abortion.

What happened in New York was extraordinary but hardly unique. By the early 1970s, legal reform campaigns had won victories across the country. Seventeen states and D.C. changed their often more-than-a-century-old restrictive abortion statutes, while three states, in addition to New York, decriminalized abortion to a significant degree. The New York law went the furthest by not including a residency requirement, which provided access to legal abortion for anyone who could travel there. In many places, these law-reform campaigns were nearly conterminous with a rising feminist movement. They made abortion an urgent subject of activism at the same time that it became an object of state legislation.

When state legislative efforts hit major roadblocks, activist lawyers began bringing federal court cases that ultimately laid the foundation for Justice Harry Blackmun’s majority opinion in Roe. These court cases are what we remember, not the broad and sustained feminist activism at the grass roots that preceded these challenges. But when seven justices of the U.S. Supreme Court made abortion legal under most circumstances in the first two trimesters of a pregnancy, they did so in response to a massive, diverse movement that had spent years organizing and demanding recognition.

This activism forced everyone from doctors to governors to state legislators and judges to consider the impact of abortion bans on people’s lives. Feminists combined new tactics with tried-and-true ones to change abortion laws. With the issue now returning to the states, this history of activism offers a blueprint for the future — and a reminder that none of us has to accept limits on access to safe, legal abortion.