The 1950s congressman whose career explains the Texas GOP’s extremism 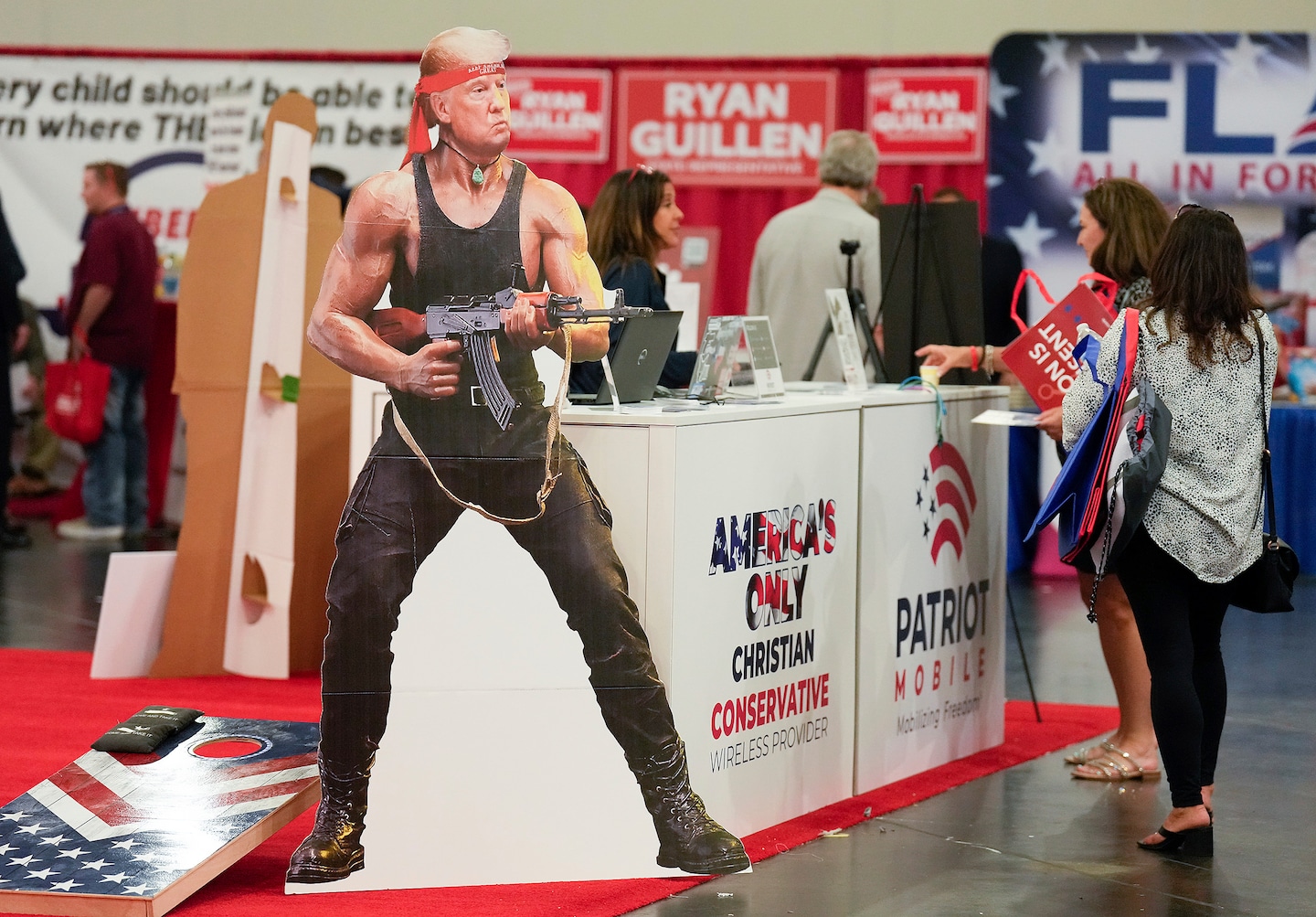 In June, the Texas Republican Party made national headlines by adopting several extreme positions at its convention. It called for students to learn about “the humanity of the preborn child,” characterized homosexuality as “an abnormal lifestyle choice” and reaffirmed punishing those helping with gender transition.

The platform highlighted the feelings of the 5,100 delegates, some of whom supported far-right activists attacking conservative Rep. Dan Crenshaw (R-Tex.) as “eye-patch McCain” for opposing Russian aggression.

This platform should surprise no one. It has roots in the tea party uprising that followed the election of President Barack Obama and flourished in Texas. However, the roots go much deeper — back to the 1950s when Texas began transitioning from a state influenced by the populism of people like Lyndon B. Johnson and Ralph Yarborough toward one dominated by reactionary right-wing politics steeped in baseless falsehoods, evangelical religion and fierce loathing for the left. One man embodies these roots: Bruce Alger.

Texas frequently elected conservative segregationist Democrats in the first half of the 20th century. But before the 1950s, the Republican Party was moribund, still considered by some Texans to be the party of northern aggression in the Civil War and Reconstruction. Only two Republicans served in the Texas congressional delegation between 1913 and 1953.

But in 1952, Alger rode a wave of right-wing energy to an upset victory in the district encompassing much of Dallas. The pugnacious, arch-conservative Missouri native hated the federal government. He proudly bragged that he was the only member of Congress to vote against a school milk program. Intransigent and partisan, Alger’s colleagues in both parties detested him — although many affluent Dallas socialites adored the Republican for his vitriolic rhetoric denunciation of socialists and communists and anyone they perceived as anti-American — including civil rights activists.

During his four terms in Congress, Alger never sponsored one piece of memorable legislation and only voted with Republican President Dwight D. Eisenhower 9 percent of the time.

The Washington press corps ranked Alger the second least effective member of Congress, trailing only Adam Clayton Powell (D-N.Y.). This didn’t bother Alger: He would crow, “My ignorance of politics couldn’t be matched by anybody in politics.” His supposed ignorance was a badge of honor reflecting his anti-government and anti-establishment credentials.

In many ways, Alger reflected the local political culture, especially in the affluent areas of Dallas. Each day, people received a steady diet of hard-right propaganda rooted in Cold War rhetoric and baseless falsehoods.

The Dallas Morning News headed by the reactionary E. M. “Ted” Daley often led the charge. It attacked the “Judicial Kremlin,” a slap at the Warren Court, and even called President John F. Kennedy “fifty times a fool.” At one point, Daley personally told Kennedy: “We need a man on horseback to lead this nation, and many people in Texas and the Southwest think you are riding on Caroline’s [Kennedy’s young daughter] tricycle.” A steady barrage of incendiary pieces flowed from the newspaper about liberals, socialists and communists — with little differentiation between them.

This rhetoric heightened fears among affluent Dallas residents who flocked to right-wing groups such as the John Birch Society and often provided strong financial support to them. The group’s virulent anti-communism, its opposition to international organizations and “one world government” and strong support of states’ rights and disdain for federal institutions — including the Federal Reserve and Internal Revenue Service — brought in many supporters from Dallas and its suburbs.

Race and religion were at the center of this politics. Even in the church pews, Dallas socialites received a steady diet of incendiary — and false — claims regarding desegregation and Catholicism. In 1960, the senior pastor of the 18,500 members of the First Baptist Church of Dallas, W.A. Criswell, gave a sermon stressing that “the election of a Catholic as president would mean the end of religious freedom in America.” Later, he told reporters that Catholics should never hold higher office in the country.

Often, Alger sought to amplify and capitalize on the pronouncements of those like Daley and Criswell — including an infamous episode during the 1960 campaign. On Nov. 4, trying to distract from his own ugly divorce then making headlines, Alger prepared an ambush for Johnson, then the Democratic vice-presidential nominee.

Alger and his supporters set up shop outside the Baker Hotel, across from where the senator from Texas planned to deliver a speech. When Johnson approached the hotel, Alger whipped a crowd of primarily well-dressed women (who became known as the Mink Coat Mob) — whose husbands worked in nearby office buildings — into a frenzy with chants of “If Khrushchev could vote, he’d choose Kennedy-Johnson!” Standing taller than most of the women surrounding him, Alger raised and lowered a huge sign, “LBJ SOLD OUT TO YANKEE SOCIALISTS.”

Some of the women rushed Johnson’s limousine, screaming “Traitor” and “Judas.” One of them seized Lady Bird Johnson’s white gloves and threw them forcefully into the gutter, prompting a loud cheer. The congestion forced Johnson’s entourage to regroup in the hotel.

Johnson wily decided to walk across the street to deliver his speech, offering up the perfect political theater. The Mink Coat Mob once more surrounded the Johnsons as they exited the elevator, shouting profanities and insults. They poked Johnson supporters with pins and pounded them with signs. They even broke the nose of a young Johnson supporter. The mob turned a five-minute walk into 30.

At one point, Rep. Jim Wright (D-Tex.) fumed to Alger: “It’s out of line for a U.S. Congressman to take part in this. Put a stop to this,” he ordered. Alger responded gleefully, “We’re gonna show Johnson he’s not wanted in Dallas,” prompting cheers from the well-dressed women.

After his speech, Johnson played up the affair, telling reporters, “No man is afraid of facing up to such people.” Pushing the advantage, he observed, “But it is outrageous that in a large civilized city a man’s wife can be subjected to such treatment. Republicans are attacking the women, and the children will probably be next.”

Johnson’s masterfully manipulated the political theater to his advantage. When he walked slowly through the crowd, he knew the cameras captured a deranged mob of Republicans better dressed than those attacking civil rights activists but the same nonetheless. He chose his words carefully to appeal to Southern ideals of hospitality and proper decorum, scoring a victory over Alger.

The incident outraged “thousands of Texans and many more thousands of Southerners,” according to columnists Rowland Evans and Robert Novak. Even the normally conservative Dallas Morning News stressed the “damage was done.” It added that even Alger partisans “deemed the incident unwise.”

One supporter of 1960 GOP presidential nominee Richard M. Nixon bemoaned that the whole affair had “set the Republican Party in Texas back twenty years.” After Nixon lost Texas by the narrow margin of 46,333, he himself complained, “We lost Texas in 1960 because of that … congressman in Dallas.”

However, rather than being an anomaly, Alger reflected — and savvily capitalized upon — the local culture, allowing him to win reelection four times despite his lack of legislative record and animosity from both parties. He stood at the forefront of reactionary politics, often aligned on race with Southern Democrats such as Strom Thurmond and Harry Byrd, fanning the flames of division over integration and red-baiting liberals. While the social conservative issues of school prayer, abortion, immigration and pornography became prominent after he left office, Alger’s style and reactionary ethos infused these debates.

Since the 1960s, the political culture that created Bruce Alger and allowed him to hold power has simply extended from the suburbs of Dallas throughout all of Texas. Cultural and racial issues ensured its spread as Texas largely rejected Democrats for Goldwater- and Reagan-style Republicanism. As in Dallas in the 50s, conservative evangelical churches and right-wing media have helped spread this politics across the state.

It’s too early to tell if this will eventually cost Republicans the state, which is increasingly becoming more diverse and urban, but the Texas GOP seems unlikely to change anytime soon.