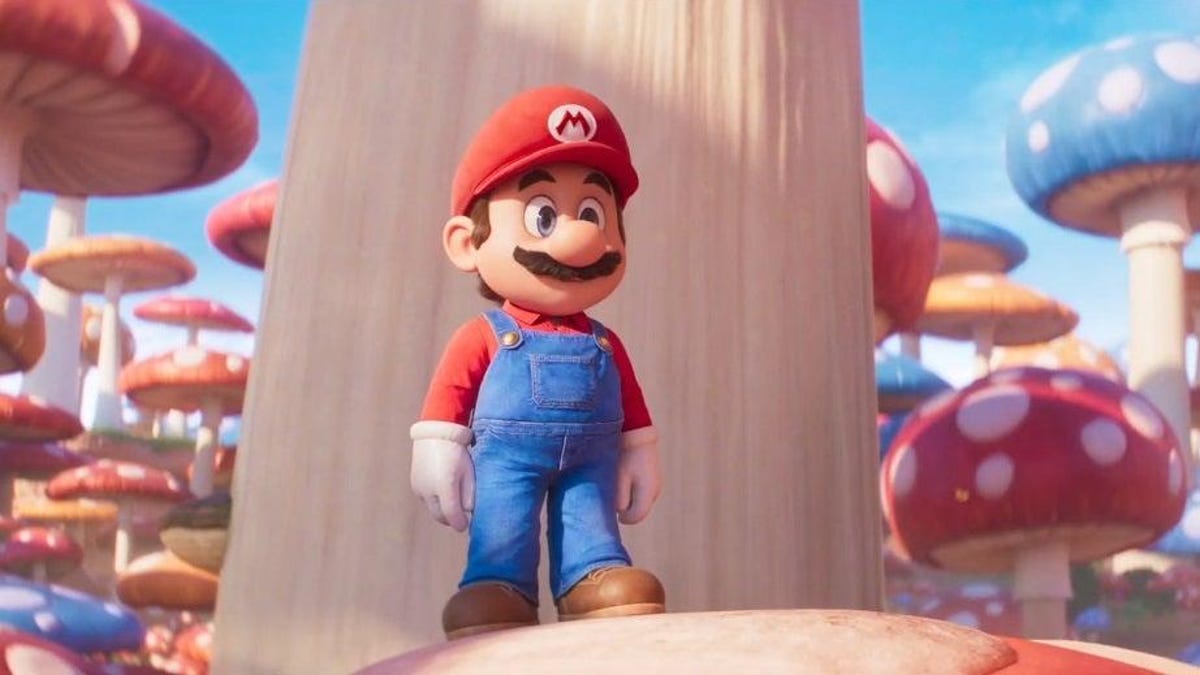 Nintendo’s trailer for The Super Mario Bros. Movie is finally out in the world, and so is Chris Pratt’s extremely normal-dude Mario voice. The first look didn’t explain why everyone’s favorite Italian plumber lost his ass, but it does appear to confirm the recent leak of a Mario movie calendar by an alleged McDonald’s employee on the ConnorEatsPans Discord. That means we may now have a pretty good idea of what Princess Peach looks like too. Here’s why.

Our first glimpse of what the movie would look like came when Nintendo teased today’s Direct alongside a poster for the movie earlier this week. It showed the Mushroom Kingdom, a bunch of Toads, and most importantly, Mario, but only his backside. Then yesterday, someone leaked an image of Mario’s actual face as he would allegedly appear on-screen. It didn’t look quite right, while also looking too weird to be fake.

Where did the leak come from?

Alright, hang with me now. There’s a Twitch streamer called ConnorEatsPants who has his own Discord. Someone claiming to be a McDonald’s worker apparently posted the promotional art in the channel. “Yo, I work at Maccas right,” posted Bob (friend of god). ConnorEatsPants then shared it on Twitter, and fans descended to analyze the art. Many believed it was too detailed to have been whipped up in Photoshop literally overnight, and now we know they were right.

So ConnorEatsPants is a popular Twitch streamer who got big competing in Minecraft tournaments and now streams everything from Nintendo games to Valorant. He does not eat pants. That’s an allusion to an episode of iCarly where the teacher, Mr. Howard, loses his shit after someone writes “Mr. Howard eats underpants” on the dry-erase board. He has a Discord, and people post all kinds of stuff there, including leaks from McDonald’s.

While the ConnorEatsPants leaker originally only posted a small, blurry snippet of Mario’s face, it turns out the image was from a much bigger piece of promotional art on a Super Mario Bros. Movie calendar.

Most importantly, it shows Princess Peach’s face as well, and she also looks vaguely trapped in the uncanny valley. Some people think she looks like a Disney princess. Just about everyone agrees she looks extremely wholesome, possibly even too wholesome to be in a Mario movie opposite Chris Pratt (Princess Peach will be voiced by Anya Taylor-Joy).

What does all this mean?

Well, for one everyone is desperate to see Nintendo reveal the rest of the movie’s iconic cast. If Mario’s mustache looks that detailed, between the individual hairs and the way the light filters through those thick, brown fibers, just imagine what Donkey Kong might look like? Will his ass be MIA too? We’ve also only seen Luigi for a split second in the official trailer. Will Charlie Day’s version be as underplayed as Pratt’s?

The Super Mario Bros. Movie is animated by Illumination, the studio behind the Despicable Me franchise. But rather than going the Minion route and maintaining Mario’s cartoony CGI look from the most recent games, there’s something almost hyper-realistic going on, like when fans try to recreate the series in ultra-high resolution Unreal Engine demos.

But most of all, this probably means we might get another leak or two from McDonald’s in the months to come before the April 7, 2023 premiere date. But don’t hassle anyone who works there about it, they’ve already been through enough.