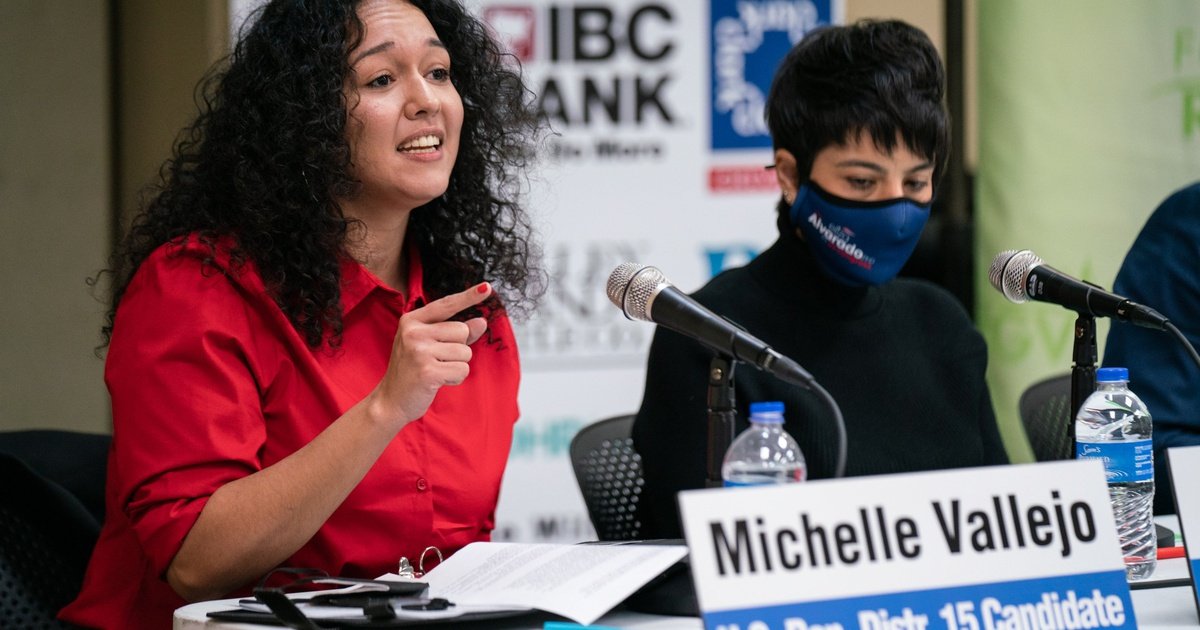 As Democratic voters prepare to pick their party’s nominee for one of the nation’s most closely watched congressional races, a Rio Grande Valley nonprofit is being accused of violating federal campaign finance law for how it has backed one of the candidates.

The nonprofit that LUPE Votes operates did not disclose its spending in the primary until over a month after it ended, missing deadlines for disclosure, including some that fell before the March 1 contest. Now, a Ramirez supporter has filed a complaint with the Federal Election Commission that calls out the late filing and accuses the nonprofit of illegally coordinating with Vallejo’s campaign as she secured a place in the runoff by just over 300 votes.

“Given this tight margin, LUPE Votes’ undisclosed, improperly disclaimed, and potentially illegal spending may have played an essential role in” Vallejo’s advancement to the runoff, the complaint says, accusing Vallejo of not living up to her platform of reforming campaign finance rules.

LUPE Votes declined to comment, but lawyers advised the group at the start of the primary about how to make sure it did not run afoul of FEC coordination rules, according to a memo obtained by The Texas Tribune.

The FEC complaint was filed last week by Alma Espinoza, a teacher from the Rio Grande Valley who has donated $1,200 to Ramirez’s campaign, according to FEC records. Ramirez’s campaign declined to comment on the complaint other than to emphasize the need for Democrats to nominate someone who can win in November. Vallejo’s campaign responded similarly, saying its “incredible momentum shows Michelle is the best candidate to win in November.”

The runoff is being closely watched because the 15th District is Republicans’ top pickup opportunity in November as they push to make new inroads in South Texas. They already have a nominee, Monica De La Cruz, who won her primary outright.

Vallejo is running as an unapologetic progressive, while Ramirez is making a more moderate pitch, arguing national Democrats have gone too far to the left for South Texans. Vallejo’s platform advocates for campaign finance reform and calls for the repeal of Citizens United, the landmark 2010 U.S. Supreme Court decision that paved the way for more big money in politics.

LUPE Votes recruited Vallejo last year after the current 15th District incumbent, Rep. Vicente Gonzalez, D-McAllen, decided to seek reelection in a neighboring district due to redistricting. The group was looking for a progressive Democrat with deep community ties.

Last week, a 501(c)(4) nonprofit operated by LUPE Votes disclosed that it had spent $51,000 helping Vallejo in the first quarter of the year, paying for canvassers and literature like direct mail and door hangers.

The complaint takes issue with the overdue disclosure, as well as the literature’s failure to include a complete disclaimer, specifically the line that says the materials were “not authorized by any candidate or candidate committee.”

Campaign finance experts agree that the complaints about the late disclosure and incomplete disclaimer appear to be clear-cut violations. The independent expenditures were a significant boost given that the primary got off to a late start due to Gonzalezs decision and because candidates had less time than usual to ramp up fundraising for the March 1 primary.

“People, before they vote, are entitled to know who paid for these” activities, said Brett Kappel, a campaign finance attorney in Washington, D.C. “Failure to file [those reports] are very, very frequent subjects of FEC enforcement actions and result in some of the most significant fines the FEC imposes.”

LUPE Votes also operates a political action committee that can coordinate with Vallejo’s campaign. Its nonprofit entity can work to get voter support for Vallejo but cannot coordinate with her campaign.

A Dec. 8 memo obtained by the Tribune and addressed to “all LUPE employees and consultants” outlined which employees were working for the PAC and the nonprofit, and it outlined steps to maintain an “internal firewall” to guard against illegal coordination.

Campaign finance experts say illegal coordination can be difficult to prove and the FEC has shown very little interest in going after it.

“The FEC has a very high bar for what it considers illegal coordination, and I think for better or for worse — and largely for worse — the FEC just hasn’t cracked down on coordination in the last 12 years since Citizens United in the way that it ought to have,” said Michael Beckel, research director at Issue One, a nonpartisan group that pushes for campaign finance reform.

Plus, Beckel added, “usually when the FEC takes any action, it’s too little, too late.”

On its April 15 filing, the LUPE Votes nonprofit did follow disclosure rules in showing it got a $100,000 donation in early January from Four Freedoms Fund, a New York City-based philanthropy that funds immigrant advocacy groups. While 501(c)(4) nonprofits are typically associated with “dark money” — political spending without donor disclosure — they do have to disclose donations of that size on a quarterly basis when they are used for the purpose of independent expenditures like paying for canvassing and door hangers.