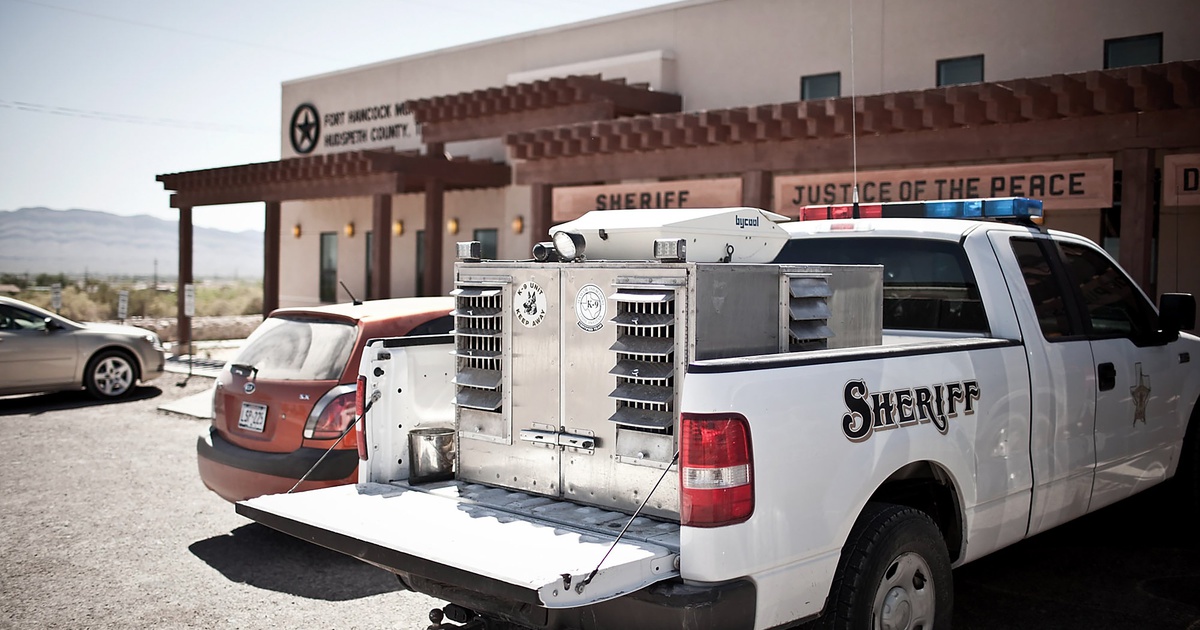 EL PASO — Two men shot two migrants, killing one and injuring another, earlier this week while the two victims stood along a West Texas road getting water, authorities said. One of the alleged shooters is reportedly a warden for a privately run immigration detention center.

Two brothers were arrested in connection to the shooting that occurred Tuesday on FM 1111 in Hudspeth County, approximately four miles south of Sierra Blanca, according to the Texas Department of Public Safety. They were identified as Mike Thomas Sheppard and Mark Edward Sheppard, both 60.

The San Antonio Express-News reported that Mike Sheppard was the warden of the West Texas Detention Center, run by the Louisiana-based LaSalle Corrections, a company that operates jails, prisons and immigration detention centers.

The men, who were charged with manslaughter, were in a truck when they pulled over and shot at a group of migrants, according to DPS. Agents from the U.S. Border Patrol’s Sierra Blanca checkpoint were also called to help the Hudspeth County Sheriff’s Office “locate a female gunshot victim” around 9:15 p.m., a spokesperson for the federal agency said.

Scott Sutterfield, a spokesperson for LaSalle Corrections, said in a statement that Sheppard no longer worked for the company.

“The warden at the West Texas Detention Center (WTDC), Sierra Blanca, TX has been terminated due to an off-duty incident unrelated to his employment,” Sutterfield said.

It was not clear why the men were accused of manslaughter as opposed to another potential criminal charge. A DPS spokesperson referred further questions about the shooting to prosecutors in El Paso, where jail records show the two brothers were being held.

Court records, however, did not show either of the men had been formally charged as of Thursday afternoon with a crime.

A county court clerk in El Paso said there were no documents available yet because the men were recently booked.

The wounded individual, identified by DPS only as a female, was taken to Del Sol Hospital in El Paso, where she was recovering.

Jeanette Harper, an FBI special agent in El Paso, confirmed the agency had provided resources to Texas Rangers for an evidence recovery scene but deferred further comment to DPS as it was the leading investigative authority.

The New York Times, citing “affidavits filed by investigators,” reported the group was walking around 7 p.m. when they stopped at a water tank. The group hid when a truck approached.

The migrants later told federal agents they had heard one of the men shout in Spanish for them to “Come out,” according to the Times’ report. Eventually, the driver revved the truck’s engine, fired a gun, climbed back into the truck and drove away.

The men, per the Times, said in interviews with law enforcement that they had been out looking for animals to shoot.

Mark Sheppard said that they had stopped the truck because they believed they had spotted a javelina, according to the Times. He denied yelling anything.

In an unsigned email response Thursday evening, the El Paso district attorney’s office told the Tribune to contact DPS for the affidavits.

A DPS spokesperson said they did not have copies of the records to release.

Robert Downen contributed to this story.

Disclosure: New York Times has been a financial supporter of The Texas Tribune, a nonprofit, nonpartisan news organization that is funded in part by donations from members, foundations and corporate sponsors. Financial supporters play no role in the Tribune’s journalism. Find a complete list of them here.