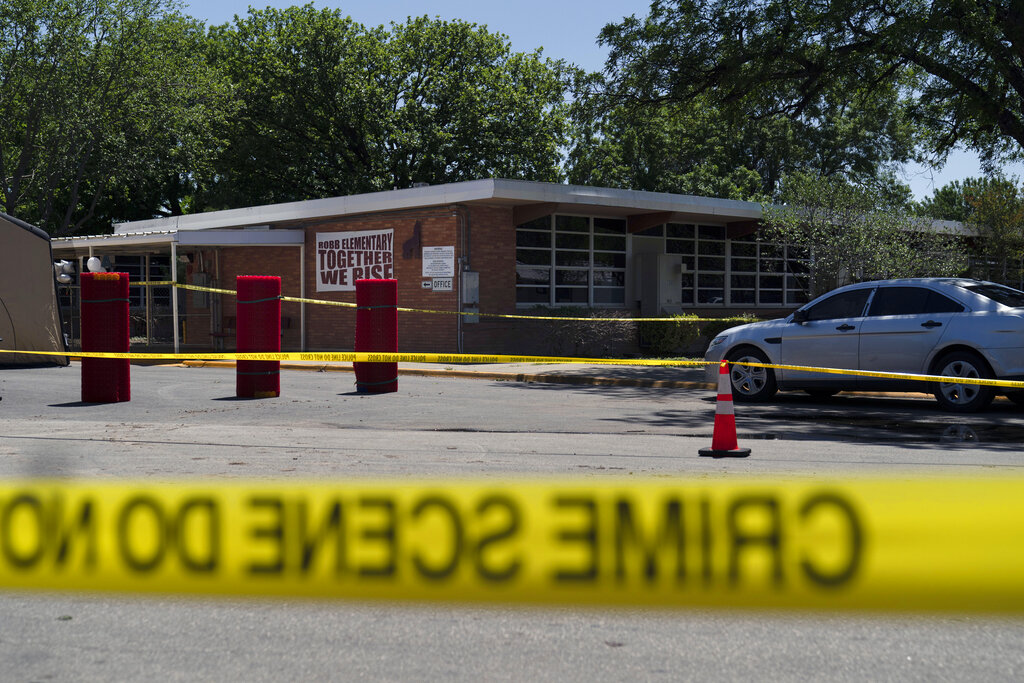 (NewsNation) — BREAKING UPDATE: Even as children called 911 and begged for help, the gunman at a Uvalde, Texas elementary school was treated as a barricaded subject, and not an active shooter, the director of the Texas Department of Public Safety said Friday.

DPS Director Steven McCraw said the on-site commander during the shooting believed the gunman, 18-year-old Salvador Ramos, was barricaded in a classroom but that “there were no more children at risk.”

“A decision was made, that this was a barricaded subject. There was time to retrieve the keys and wait for a tactical team with the equipment to go ahead and breach the door to take on the subject at that point” McCraw said.

Nineteen officers were in Robb Elementary School for more than 40 minutes before Ramos was killed. Meanwhile, 911 calls were being made from inside classrooms by both teachers and students, begging for help.

“Obviously, you know, based upon the information we have there were children in that classroom that were at risk, and it was in fact still an active shooter situation,” McCraw said.

Despite acknowledging the “wrong decision” made during the shooting response, McCraw declined to issue an apology for it during the press conference.

“If I thought it would help, I’d apologize,” he said in response to a reporter’s question.

Here’s what we know of the timeline:

11:27 a.m.: Video evidence showed the backdoor through which Ramos entered the school was propped open by a teacher. Ramos had crashed his vehicle in a ditch near the school the teacher came out and check on the driver, as did two people from a nearby funeral home, McCraw said.

11:28 a.m.: Ramos got out of the passenger side of the vehicle with a gun and the teacher ran back inside to get her phone and call 911.

11:31 a.m.: Ramos began shooting into school windows as he made his way towards the open back door.

11:33 a.m.: The gunman entered the school and began shooting in two classrooms. McCraw said Ramos had fired “at least 100 rounds,” in the first four minutes of entering the school. A school resource officer was not on site.

“The bottom line is that (school resource) officer was not on scene, not on campus, but had heard the 911 call with a man with a gun, drove immediately to the area, sped to what he thought was the man with a gun. (The officer went) to the back of the school which turned out to be a teacher and not the suspect,” McCraw said.

11:37 a.m.: About 16 more rounds were fired by Ramos who was barricaded inside a classroom.

12:03 p.m.: As many as 17 more officers arrive and are inside the school including the commanding officer. At the same time, an unidentified person called 911 from inside a classroom and whispered that they in room 1-11 where the gunman was shooting. The call lasted for 1 minute and 23 seconds.

12:15 p.m.: A tactical team enters the school building and joins the officers who are already there.

12:16 p.m.: The caller from Room 1-11 calls again and reports that there are “eight or nine” people who are still alive.

12:50 p.m.: Officers enter the classroom after getting keys from the janitor.

12:51 p.m.: A caller tells the 911 operator that it sounded like officers were inside the room.

This story is breaking and will be updated.