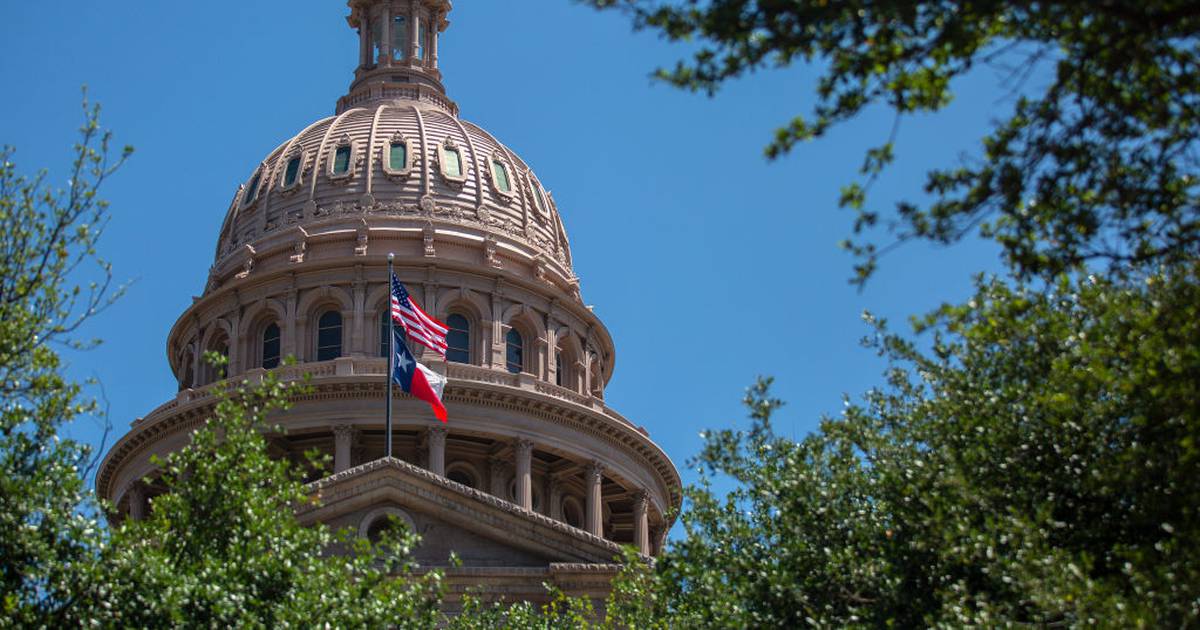 Texas state Rep. Bryan Slaton vowed on Monday to introduce a bill to prohibit kids from attending drag shows, drawing immediate censure from those who think that’s the least of kids’ worries given the recent massacre at an elementary school.

“Drag shows are no place for a child,” the East Texas Republican tweeted, adding that he plans to introduce legislation to prohibit holding drag shows “in the presence of minors” in the state.

He was apparently triggered by a weekend show in a Dallas bar titled “Drag the Kids to Pride Drag Show,” which was advertised as family-friendly revelry, a spinoff of the venue’s Champagne Drag Brunch at which kids could dance onstage with performers, WFAA-TV reported.

Protesters showed up, and footage surfaced online of drag queens dancing for children, who tipped them with cash, according to NBC News.

“At a drag show in Dallas this past weekend, sick adults enticed kids to put dollar bills into the underwear of men dressed as women,” Slaton tweeted. “This is disgusting and dangerous. It can’t be allowed to continue. My Republican colleagues and I will protect kids from these sickos.”

He further said he would never bring his kids to a show like that, and vowed to ensure no other parent could, either.

“The events of this past weekend were horrifying and show a disturbing trend in which perverted adults are obsessed with sexualizing young children,” Slaton said in a statement. “As a father of two young children, I would never take my children to a drag show, and I know Speaker Dan Phelan and the rest of my Republican colleagues wouldn’t either. Protecting our own children isn’t enough, and our responsibility as lawmakers extends to the sexualization that is happening across Texas.”

The event was just one of many kid-friendly shows taking place throughout Pride Month in the state, the San Antonio Express-News noted.

“I promised my voters that I would stand up for their values and fight to protect Texas kids,” Slaton said. “I was re-elected on that promise and I intend to keep it by authoring legislation to defend kids from being subjected to drag shows and other inappropriate events. I look forward to working with my colleagues to pass this important legislation.”

Critics and LGBTQ advocates immediately pointed out the contrast between that and his response to the shootings in Uvalde, in which an 18-year-old gunman on May 24 mowed down 19 fourth-graders and two teachers at Robb Elementary School, about 400 miles southwest of his territory.

” ‘Protect’ children…from everything but the firearms that are actually killing them,” tweeted Democratic state Rep. Erin Swiener. ” ‘Parent choice’…until parents choose something they don’t like. Texans don’t need a nanny y’all, & that’s who the GOP wants to be. Over your shoulder, judging your parenting every single day.”

Advocates called Slaton’s efforts a decoy designed to draw attention away from things like gun control.

“This is a diversion tactic, like it’s always been,” Emmett Schelling, executive director of the Transgender Education Network of Texas, told the Houston Chronicle.

The murder of nearly two dozen people, most of them children, at their school did not indicate a need to reform gun laws, Slaton said this week.

“So far I haven’t heard anything that makes me think we need to change the gun laws,” Slaton told the Greenville Herald-Banner, which also noted he has come out against so-called red flag laws, which would permit police or concerned family to get courts to temporarily confiscate firearms from a potentially dangerous person.

“Any claim can be made about someone,” he told the newspaper. “Red flags don’t seem very just or very fair.”