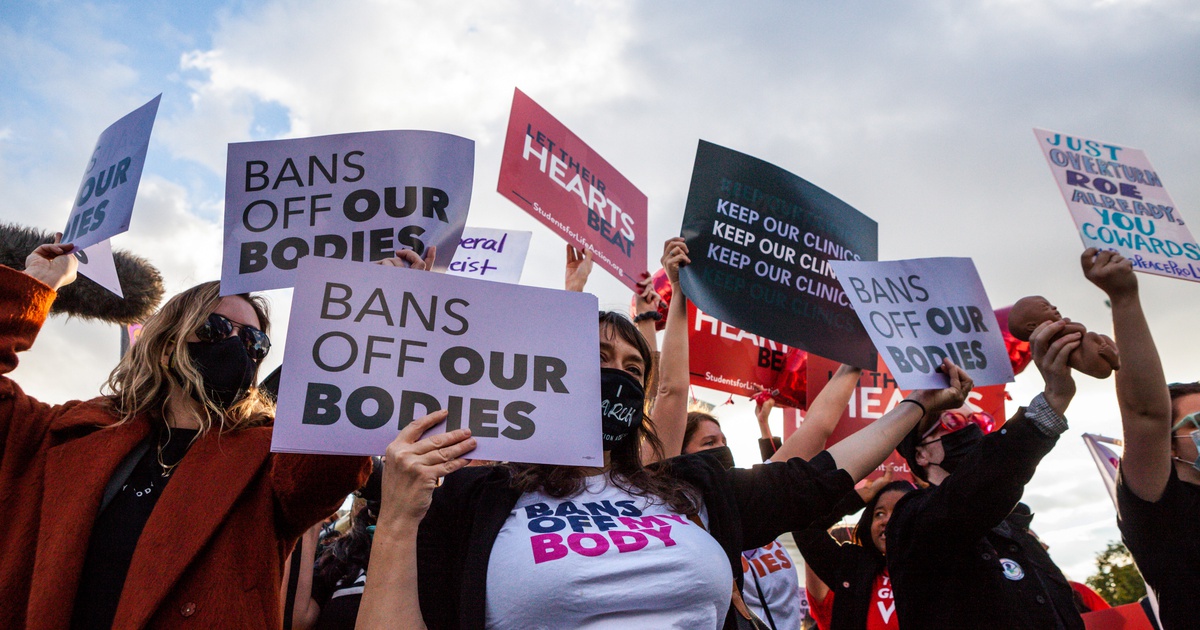 According to a draft opinion obtained by Politico, the U.S. Supreme Court intends to overturn Roe v. Wade, reversing nearly 50 years of constitutional protection for abortion, and let states set their own restrictions on the procedure.

If this draft reflects the final decision of the Court, expected this summer, it would virtually eliminate abortion access in Texas. Last year, the Legislature passed a so-called “trigger law” that would go into effect 30 days after the Supreme Court overturns Roe v. Wade, making performing abortion a felony.

The law would make an exception only to save the life of the pregnant patient or if they risk “substantial impairment of major bodily function.” Doctors could face life in prison and fines up to $100,000 if they perform abortions in violation of the law.

The release of this draft opinion is unprecedented in the history of the court, and it’s unclear how closely the final ruling will hew to this version.

It also does not change anything about the legal status of abortion in Texas at this moment. The state has banned abortions after about six weeks of pregnancy through a unique civil enforcement mechanism that has, so far, withstood judicial review.

The leader of a prominent anti-abortion group in Texas called the draft “encouraging” but cautioned against celebrating before the official ruling.

“We’ve been burnt before,” said Joe Pojman, executive director of the Texas Alliance for Life. “I’m waiting to see the final opinion.”

In 1992, then-Justice Anthony Kennedy, a conservative, had indicated that he was going to vote with the majority of the court to overturn Roe in Planned Parenthood v. Casey. Then he changed his mind, and the court voted to uphold the ruling.

“Assuming the draft is legitimate, I’m reminding myself that this is far from the court’s final opinion,” Pojman said. “So it’s encouraging, but it is not definitive in my mind, at all.”

University of Texas law professor Liz Sepper also cautioned against certainty in the wake of the leak, reiterating that this draft, dated Feb. 10, may not reflect the current or final opinion of the Court. But based on the oral arguments of the case in December, she said it wasn’t surprising to see several of the justices endorsing this full-throated rejection of Roe v. Wade.

“This would effectively end abortion access in much of the United States, at least in people’s home states,” she said. “For people in the southern states and the Midwest, it would mean a very long distance to travel to access abortion.”

More than half of all states are expected to ban abortion if Roe v. Wade is overturned. According to the Guttmacher Institute, an abortion advocacy research group, that would mean the average Texan would have to drive 525 miles, each way, to obtain an abortion.

Disclosure: Politico has been a financial supporter of The Texas Tribune, a nonprofit, nonpartisan news organization that is funded in part by donations from members, foundations and corporate sponsors. Financial supporters play no role in the Tribune’s journalism. Find a complete list of them here.

Help mission-driven journalism flourish in Texas. The Texas Tribune relies on reader support to continue delivering news that informs Texans and engages with them. Donate now to join as a Texas Tribune member. Plus, give monthly or yearly now through May 5 and you’ll help unlock a $10K match. Give and double your impact today.