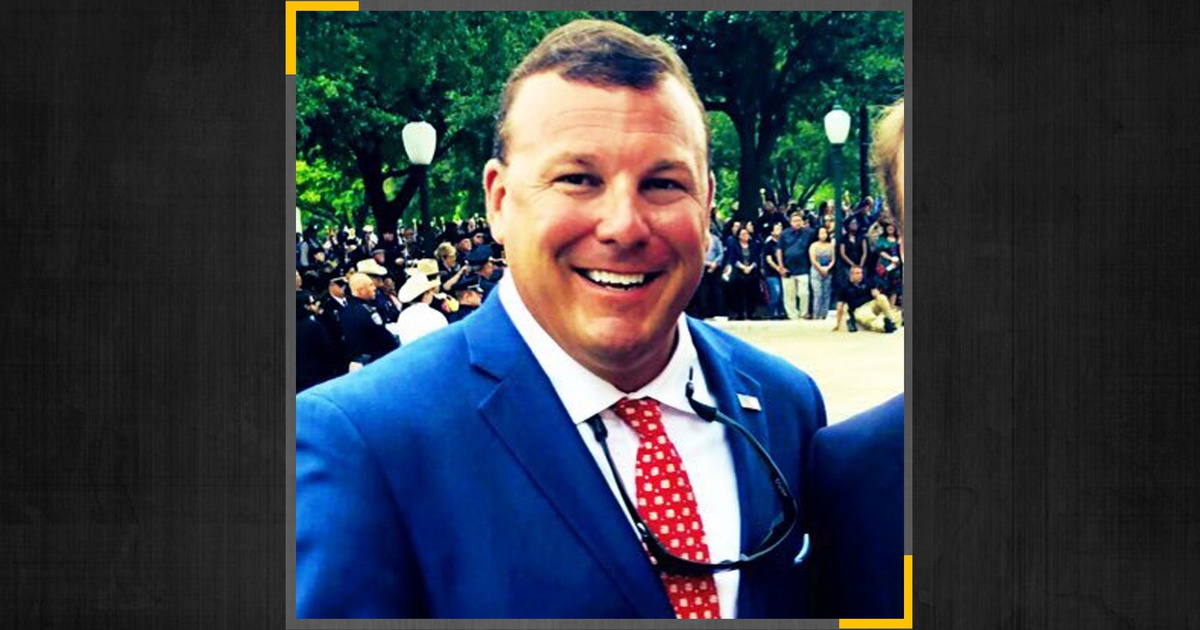 A Texas House candidate and police officer backed by former President Donald Trump and top Texas Republicans has been indicted on a charge of impersonating a public servant, according to authorities.

Dallas police said Friday that Frederick Frazier was placed on administrative leave after the department was notified that a Collin County grand jury indicted him. Impersonating a public servant is a third-degree felony.

It is unclear what the specific allegations against Frazier are, and a spokesperson for the Collin County district attorney’s office was not immediately available for comment.

Responding to the indictment, Frazier’s campaign blamed his Republican primary runoff opponent, Paul Chabot, who had suggested Frazier posed as a city code compliance officer to get Chabot’s campaign signs taken down at a Walmart. In a statement, Frazier’s campaign said Chabot, who has run for office multiple times before, is “trying to overturn the results of that election by bringing up trumped complaints to law enforcement and testifying before a grand jury.”

“Frederick Frazier is looking forward to having the opportunity to defend himself in court, where we are confident jurors will see through Chabot’s lies in the same way that voters have five times before,” the statement said.

“An independent grand jury was empaneled and determined that Mr. Frazier committed multiple felonies. In fact, it was the Rangers and the McKinney PD who uncovered the felonies. Frazier’s lying and deceit knows no limits. He committed crimes and refuses to fess up. He is a disgrace to himself and to those who dawn a badge in law enforcement. Paul Chabot demands Frazier have one shred of decency and immediately drop out of the race as it’s crucial that both a Republican and candidate with integrity represent the people of the 61st district.”

During the runoff, Chabot spoke out about the alleged theft of dozens of his campaign signs. In one incident, Chabot said a Walmart store manager told him someone claiming to work for city code compliance came in and told the store to take down Chabot’s signs because they were illegally placed. Chabot said he reported that to the police.

The Texas Rangers ultimately looked into his claims. Chabot later obtained a report from the Rangers through a public records request that said the agency investigated Frazier in February for “alleged criminal violations … of Impersonating a Public Servant and potentially related Theft.”

Texas Scorecard and Steven Monacelli, a freelance journalist who extensively covered the campaign sign controversy for Rolling Stone, were among the first to report Friday that Frazier had been indicted.