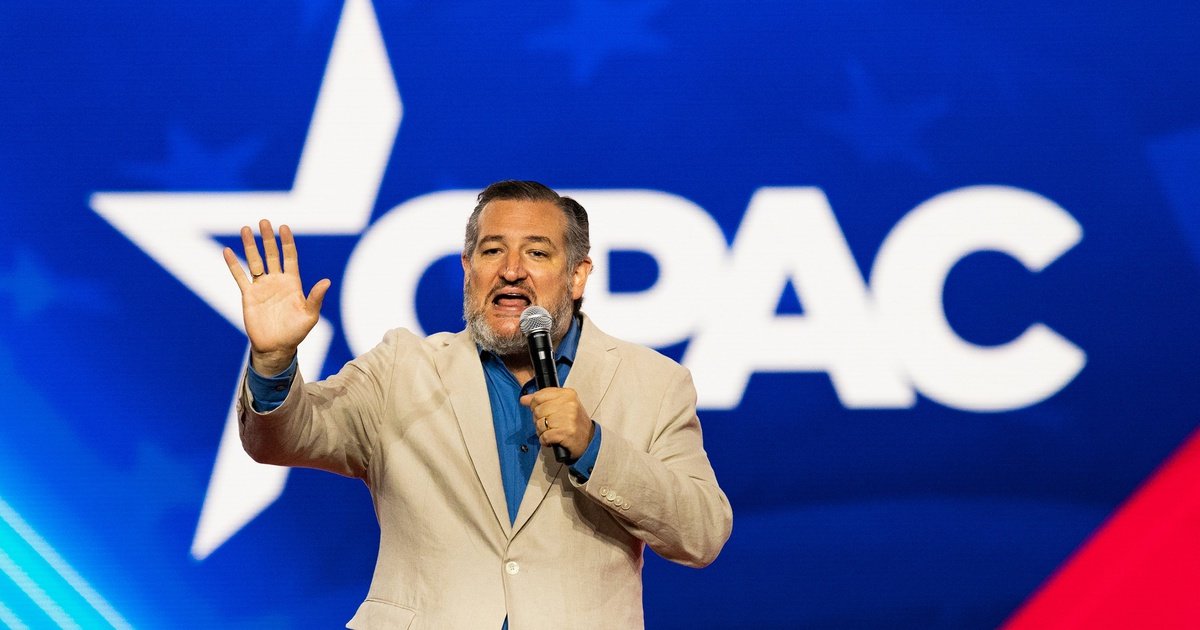 Texas Republican officials at the Conservative Political Action Conference on Friday prodded attendees to suit up for a “red wave” in the upcoming November midterm elections, criticizing federal immigration policy and inflation while boasting about Texas’ economic successes.

“My name is Ted Cruz, and my pronouns are kiss my ass,” Cruz shouted to the crowd of conservatives. “Every day I represent 30 million Texans, and my job, it’s like the old Roman Colosseum where you slam on a breastplate, and you grab a battle ax, and you go fight the barbarians.”

But as Republicans used the conference to rally their base, they faced fierce criticism from Democrats for sharing the stage with Viktor Orbán, the Hungarian prime minister facing backlash for racist comments.

Orbán, who spoke at the convention on Thursday, said in an address last week that Europeans “do not want to become peoples of mixed race.” The prime minister’s remarks immediately sparked outrage and uneasiness from his critics and confidants, according to The Washington Post, and led to the resignation of one of Orbán’s longtime advisers.

“With all of the urgent issues facing Texas – including rural schools facing desperate staff shortages, increasing gun violence due to unpopular Republican-instituted lax gun laws, an electric grid again on the verge of collapse, a lack of affordable healthcare, and women being forced to carry pregnancies,” Hinojosa said in a written statement, “our state’s Republican leaders would choose to spend their time warmly welcoming the most fringe of extreme-far-right figures from around the country and world to our great state.”

During his speech on the opening day of the convention, Orbán received a warm welcome from the crowd and told them he was an “old fashioned freedom fighter.” Upcoming elections in America and Europe, he told the audience, would define the “two fronts in the battle for western civilization.”

“This war is a culture war,” the prime minister said. “We have to revitalize our churches, our families, our universities and our community institutions.”

The conference in Dallas comes as both parties are ramping up efforts to mobilize their bases ahead of the November midterm elections. Texans will elect a bevy of new congresspeople, legislators and state officials in the first major election after the U.S. Supreme Court revoked the constitutional right to an abortion, several mass shootings including the Robb Elementary massacre in Uvalde that left 19 students and two teachers dead and state GOP efforts to limit the teaching of race and sexuality in classrooms. The midterms will also be the first under new political maps that Republicans redrew to favor their party.

“He’s just pissed off that all of his businesses are moving to Texas,” Abbott said.

The Texas governor also boasted of his initiative to offer bus rides for migrants from the Mexican border to Washington, D.C. The city’s mayor, Muriel Bowser, has said her city is being overwhelmed by the migrants.

“I have one thing to say to you and to them: There are more buses on the way as we gather at this convention,” Abbott said.

Abbott announced Friday he was expanding the program to New York City.

Later Thursday afternoon, the convention heard from Patrick, who kicked off his speech by reiterating that he is “all in” if Trump runs for president again in 2024. If Trump decides not to, Patrick added, the Republican nominee “better take on the MAGA agenda because no one in the White House, in the history of this country, has done so much in four years.”

Patrick also used his speech to appeal for GOP unity in Texas now that the primaries are over. He said state Republicans need to come together “because make no mistake: This election in November is not going to be an easy election.”

Flores, who won the special election for Texas’ 34th Congressional District in June, said on a panel Friday that Texas’ immigration system needs fixing “so good people can come here to the United States.”

Others slated to attend the conference include Republican U.S. Rep. Marjorie Taylor Greene of Georgia, who has reiterated Trump’s baseless claims about election fraud; and Steve Bannon, who was recently found guilty in a contempt of Congress trial for not providing documents or testimony to a House committee investigating the Capitol riot.