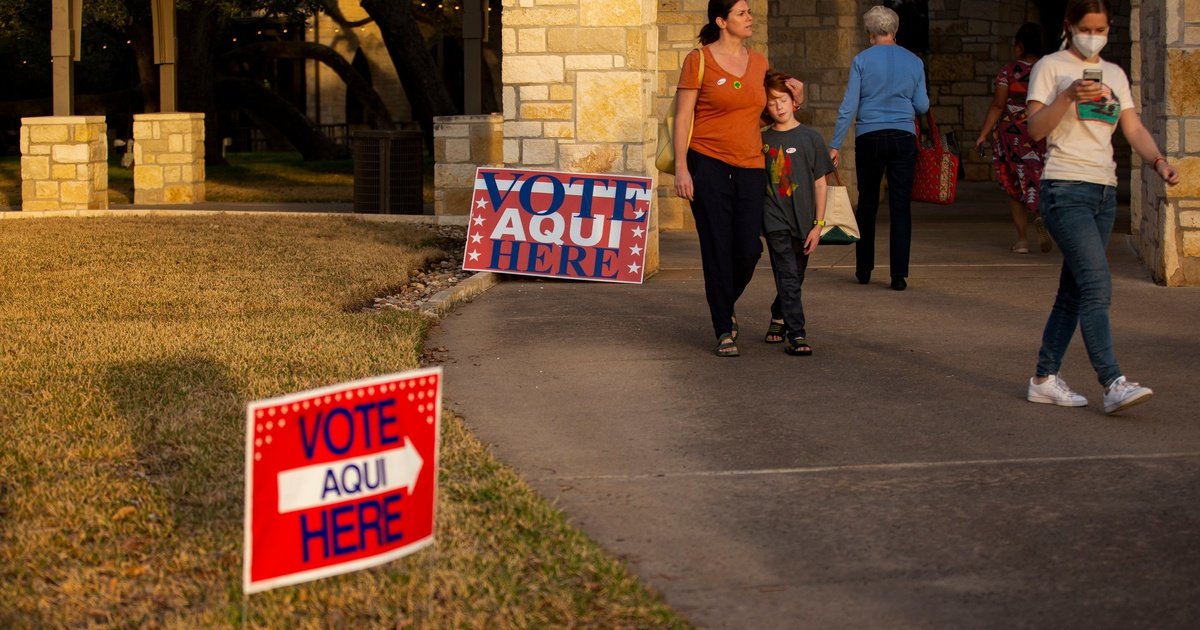 The Texas Democratic Party is planning to apply to be one of the first states to vote on the 2024 presidential nomination.

The Democratic National Committee recently decided to allow new states to bid for the coveted status, which has long belonged to places like Iowa and New Hampshire. But after complaints throughout the 2020 primary — and Iowa’s disastrous caucus — the national party is looking to overhaul the calendar to kick off the nominating process in states that better reflect the diversity of the broader electorate.

The Texas party had been considering a bid and was planning to meet Wednesday with the DNC to go over the process, according to a state party spokesperson, Angelica Luna Kaufman. She said later Wednesday that the party had decided it would submit an application.

“Because Texas has such a vibrant and diverse population, we believe candidates that would emerge from our primary would better represent and be better prepared to face the country’s growing dynamic and diverse population,” Luna Kaufman said. “The candidates that would come out of an earlier Texas primary would be quite a force. And a force is exactly what it’s going to take to win in 2024.”

However, it could be a tricky process and starts out with uncertain odds. Moving up the primary date would ultimately be up to the Legislature, where Republicans are in charge.

States have until May 6 to submit a letter of interest to the DNC and then until June 3 to submit an application. The DNC could finalize the new calendar by the end of the summer.

Texas already holds a relatively early primary, falling on the first Tuesday in March. But if the application is successful, Texas could join the ranks of states that vote before March and draw outsized attention from candidates and the media.

Candidates make regular trips to the early-primary states and pay close attention to state-specific issues. Their showings in places like Iowa and New Hampshire have been known to make or break campaigns.

Iowa and New Hampshire, however, are overwhelmingly white, and their demographics fueled concerns in 2020 that Democrats were not living up to the diversity they preach. It also did not help that the 2020 Iowa caucus was beset with vote-counting problems that did not lead to a clear winner emerging until days later.

While Texas Democrats can be expected to press the case that the state is one of the most diverse in the country, they would also have to justify its massive size. One of the factors that the DNC is considering is feasibility, including the logistics of campaigning in a state.

Despite the March date, Texas still played a significant role in the 2020 primary. It was one of the Super Tuesday states where Joe Biden accelerated his comeback after winning the South Carolina primary, holding a primary-eve rally in Dallas where he was endorsed by former rivals including Beto O’Rourke.