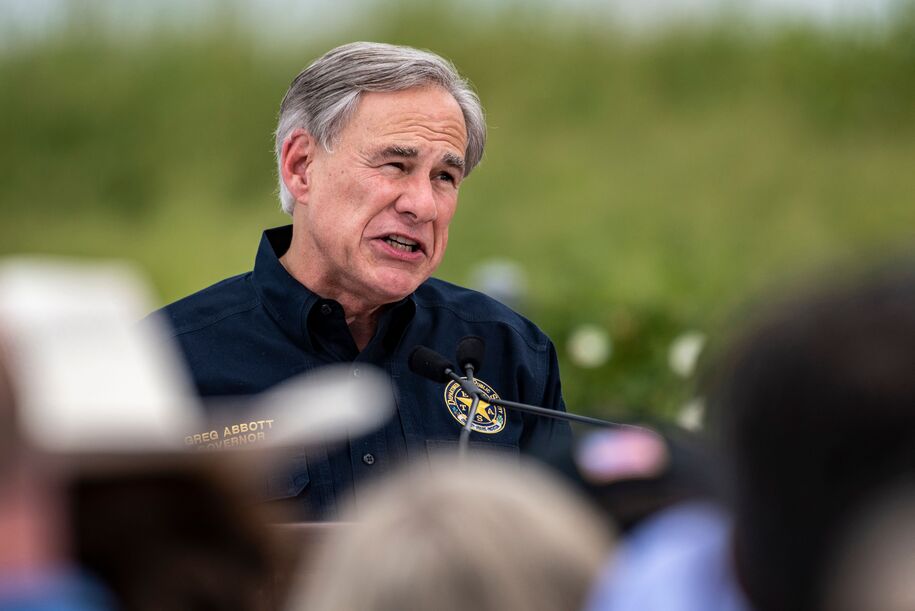 Abbott’s plan included declaring a Very Serious border emergency that he’s since had to tweak because border counties wanted no part in the stunt. “We concluded we could not in good faith tell the people of our counties there is an emergency when there’s not an emergency,” The Wall Street Journal reports that Hidalgo County official Richard Cortez said.

“For weeks, @LUPE_rgv and allies have demanded all 4 [Rio Grande Valley] counties NOT cooperate with Abbott’s border disaster declaration. Now, all four RGV counties are OUT of the disaster declaration. County judges listened to border residents, agreeing with us: there is no border crisis,” La Unión del Pueblo Entero (LUPE) organizer Danny Diaz wrote in a Twitter thread.

Experts have panned Abbott’s shenanigans as “legally dubious,” and the American Civil Liberties Union in fact sent a letter to 34 Texas counties about participating in Abbott’s stunt, writing that “[s]tate or local law enforcement’s unilateral arrest and detention of immigrants due to their immigration status or pursuant to an effort to enforce immigration laws or alter immigration policy violates the U.S. Constitution.”

Nothing about that’s changed. While the Tribune called it “a novel approach,” American Immigration Council Policy Counsel Aaron Reichlin-Melnick had other thoughts.

“I sure hope those local jails have good lawyers on retainer, because they’re going to get sued. Mark my words,” he tweeted in response to news of the first arrests under Abbott’s operation, which comes as he’s facing a Republican primary challenger even more right-wing than he is. I’m sure that has nothing to do with all this. Anyway, Reichlin-Melnick went on to write that for most law enforcement participating in Abbott’s border stunt, “this is a taxpayer-funded junket to South Texas, where they’ll stand around and do basically nothing other than harass and racially profile local residents.”

I mean seriously, look at these guys with M-16s out to handle Haitian families seeking asylum at a time when Haiti is wracked with civil unrest.

Who do they think they’re going to shoot? The children?
https://t.co/Cr9ZmjoBKa

During an appearance at the border with the previous president last month, Abbott claimed that “[o]ur fellow Texans and our fellow Americans are being threatened every day.” Abbott said that about immigrants but it really should be about the pandemic, and his decisions worsening it for Texans. After blocking local governments from being able to enforce their own safety measures against the virus, coronavirus-related hospitalizations and deaths are up in Texas.

Another important issue facing Texans that Abbott could help tackle are the thousands of dollars in utility bills facing residents. America’s Voice said U.S. military veteran Scott Willoughby “had to empty his savings account to pay a $16,752 electricity bill—70 times what he usually pays for all of his utilities combined.” Another resident, Katrina Tanner, was charged more than $6,000 in February, “more than five times what she paid in all of 2020,” the group said. But that would require seriousness from Abbott, wouldn’t it? Instead his goal is to point his finger at immigrants and cynically use them to hold onto power.

George P. Bush put out koozies dissing his family to try and get Trump’s endorsement. He failed

U.S. And Denmark Face Allegations Of Spying On European Allies

15 Games With The Best DualSense Implementation So Far