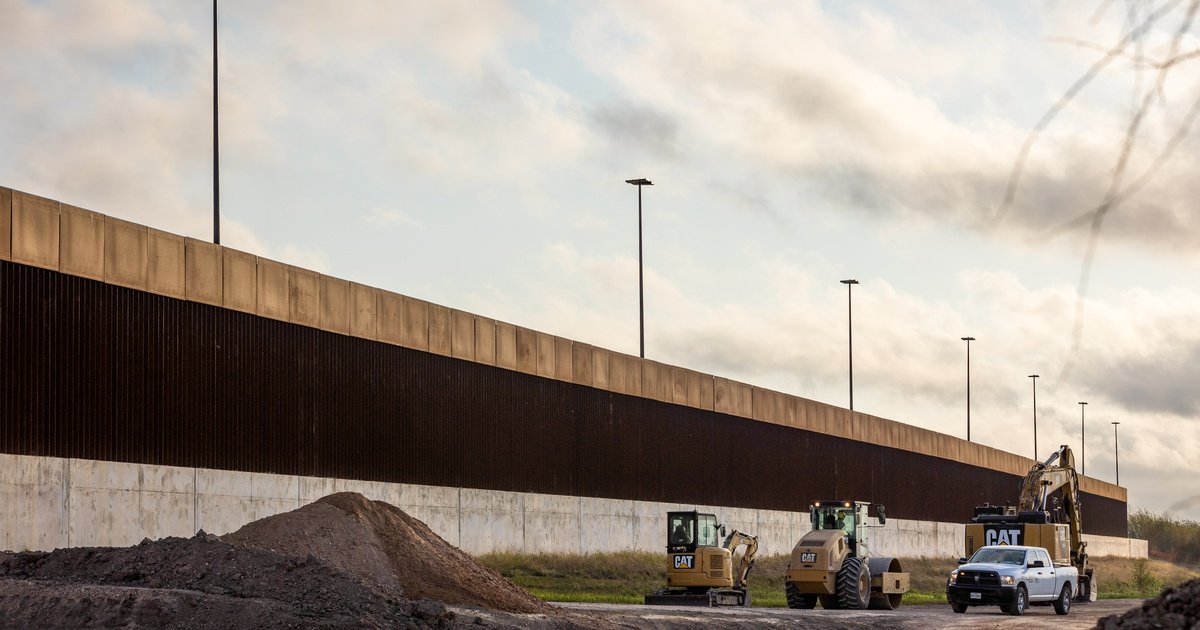 State officials awarded two contracts on Thursday worth $307 million to build nearly 14 miles of new barriers along the Texas-Mexico border.

The Texas Facilities Commission voted to approve a $167 million contract for New Mexico-based Southwest Valley Constructors Co. to build nearly 6.7 miles of border wall near Del Rio and a second contract worth $140 million to Montana-based BFBC of Texas, which plans to build 6.95 miles of wall in the Rio Grande Valley.

John Raff, the commission’s deputy executive director, said the state has either “closed or is in the process of closing” agreements to acquire just over 2.5 miles of land for the Del Rio project. Raff said BFBC of Texas will begin with 2.73 miles in the Rio Grande Valley.

A commission spokesperson didn’t immediately respond to questions from The Texas Tribune about the exact location of the land and who owns it.

Former President Donald Trump made building a wall his signature issue, and the federal government constructed 80 miles of new barrier during his four years in office, including 21 miles along the Texas-Mexico border. When President Joe Biden took office in January 2021, he halted border wall construction, canceled some of the previously awarded contracts and repurposed some of the wall money for other border projects such as levees.

More than a year after Gov. Greg Abbott announced that Texas would use state money to resume border wall construction along the approximately 1,200-mile Texas-Mexico border, the state has so far completed 1.7 miles of barrier on state-owned land in Starr County, according to the Facilities Commission, which is overseeing the project.

That segment was erected by New York-based Posillico Civil, Inc., which won a $162 million state contract in November to build a total of 8 miles of wall — a cost of just over $20 million a mile. By comparison, border wall construction under the Trump administration ranged from $6 million to $34 million per mile, according to a Texas Tribune analysis.

The Facilities Commission has said it is working with private property owners to secure land for additional wall construction. During Thursday’s meeting, commission leaders didn’t reveal additional details about land acquisition; the agency’s website says it is “contacting and working with about 150 landowners to secure land-use permission agreements that align with the project’s goals.”

In February, the commission obtained 1,700 metal panels, enough for about 1.3 miles of barrier, from the federal government that were intended to be for the Trump administration’s border wall. The panels were free, and the state paid Posillico Civil $2 million to haul them from San Diego to Eagle Pass.

In July, the commission purchased $43.3 million worth of bollard panels — enough to erect 12.8 miles of barriers — from a Texas company, Gibraltar Fabrications.