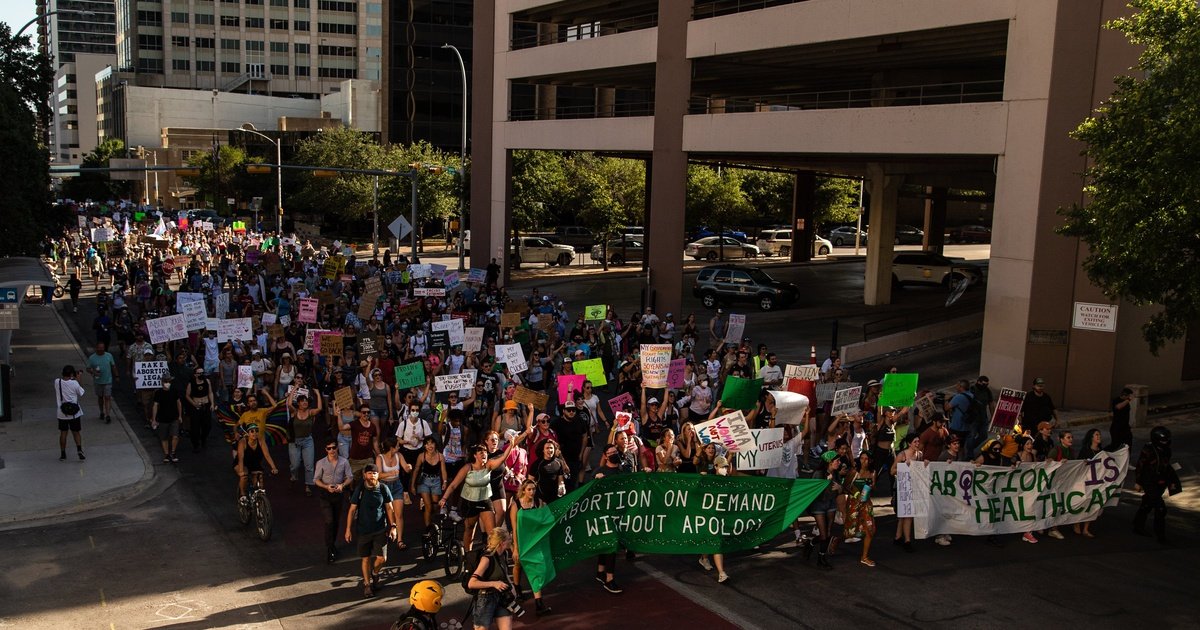 On the morning after the U.S. Supreme Court struck down Roe v. Wade, stripping from millions the constitutional protection to seek an abortion, state Rep. Erin Zwiener went out into her Hill Country district to knock on doors.

Her hope, the Democrat told The Texas Tribune, was to “meet lots of angry people today.”

Zwiener is avowedly supportive of abortion rights and a member of the Texas Women’s Health Caucus, placing her squarely in a community of women leaders who have fought to protect Roe v. Wade over the years. Friday’s ruling, which gave the power to ban abortions back to the states, was a once-unthinkable blow to their cause. Abortions in Texas clinics ceased immediately. A “trigger” law will soon make them illegal in the state, though some argue that pre-Roe laws that were never repealed have already done so.

Faced with that defeat, Zwiener and other Democratic leaders who support abortion rights say they are ready to get to work. But they acknowledge that restoring abortion access in Texas is unlikely any time soon with all three seats of state government held by the GOP. So it will take sustained organizing and channeling that anger into political action to reverse the abortion ban.

This can’t be fixed in November, Zwiener said.

Advocates argue that they have public opinion on their side. For years, abortion opponents have portrayed abortion-rights supporters as extremists who are fighting to defend rare, but unpopular late-term abortions. Some noted, for instance, that Democrats had largely left the rallying cry of “safe, legal and rare” behind.

Republicans, meanwhile, pushed for the abolition of the procedure knowing they alone didn’t have the power to make it happen while Roe v. Wade remained in place.

But now with the case overturned, abortion-rights advocates argue that polling is in their favor. An April 2022 University of Texas poll estimated that even in deep-red Texas, just 35% of voters supported automatically banning abortions if the Supreme Court overturned Roe v. Wade.

Zwiener, 36, won reelection in 2020 by 1 percentage point, but she says the majority of her district is supportive of Planned Parenthood. She says her narrow victory is evidence that her constituents weren’t voting with reproductive health care in mind.

“There are a lot of people who have believed in access to the full suite of reproductive care, including abortion, who have not been voting based on that value, because they believe it was settled law and that they can vote based on other values,” Zwiener said.

On Saturday, she reported meeting independent and Republican-leaning voters who were angry about the court’s decision.

But there’s little hope that her party will be able to win a majority in the Legislature to quickly make abortion legal again. Democrats are staring down a tough election in 2022 with an unpopular president in the White House and inflation and economic uncertainty on the minds of voters. Even if the overturning of Roe v. Wade galvanizes voters, redistricting has made it nearly impossible for Democrats to win both chambers in the next couple of years.

That, advocates say, demands both consistently showing up at the polls, pressure on state and local leaders, and candidates who support abortion rights seeking office.

Movement leaders in Texas maintain that nothing will change in the sphere of reproductive rights without copying the slow, methodical process that anti-abortion groups maintained over the decades.

“We have to meet and match that energy if we’re going to really capture the true electoral demographics of Texas,” said Ana Ramón, interim executive director of the political action committee Annie’s List, which works to elect progressive women.

On the other side, those celebrating the end of abortion in Texas also believe Friday’s ruling will rally voters to continue supporting the anti-abortion cause.

“I believe that our pro-life voters will feel empowered to continue voting,” Amy O’Donnell, a spokesperson for Texas Alliance for Life, told the Tribune. While she hesitates to make political predictions, O’Donnell says she anticipates the decision will spur voters to “come out in droves” in November.

O’Donnell attributes the success of anti-abortion advocates to “playing the long game for 49 years, advocating for life on a national basis, on a statewide basis. … We’ll continue to do that.”

Now, abortion-rights advocates say they need to follow that model.

Despite conservatives’ recent dominance of the state — the GOP has held onto the governor’s seat for almost three decades — Ramón believes Texas can turn blue. But it won’t happen without the consistent political energy to overcome district lines that heavily favor Republicans.

The mobilizing had already begun before Friday’s ruling, but it kicked into high gear in the immediate aftermath. Protesters hit the streets in Texas cities. Democratic gubernatorial candidate Beto O’Rourke joined rallies in Houston on Friday and in Austin on Sunday.

Emily’s List, a national political action committee that has spent heavily to elect Democratic women who support abortion rights in Texas and across the nation, declared in a statement that “abortion is on the ballot this November.”

“We, the pro-choice majority in this country, will hold them accountable,” the group said. “We will replace them in offices across the country, up and down the ballot with Democratic pro-choice candidates who will fight for our rights and freedom, with women who will work to expand access to anyone who needs it.”

Wendy Davis, a longtime advocate for reproductive rights and founder of the political organizing group Deeds Not Words, said convincing Democrats of their vote’s value is difficult in Texas.

“We’ve got to try to break through people’s belief that their votes don’t matter, which they’ve been taught over and over again because gerrymandering has assured them that that is the case,” Davis told the Tribune.

Statewide races are one area Davis points to that aren’t impacted by districts drawn to heavily favor conservative candidates. But Davis herself highlights the challenges for Democrats statewide. In 2013, she filibustered a restrictive abortion bill as a member of the state Senate. The act brought thousands of supporters to the Capitol and catapulted her into national fame. She ran for governor the next year, only to lose to now-Gov. Greg Abbott by 27 percentage points. Margins have shrunk in statewide elections since then.

At the regional level, she says local ballot initiatives could be implemented to proactively create safe zones to protect reproductive care like contraceptives and in vitro fertilization, “because we know that’s coming next.”

Meanwhile, in the short term, the abortion-rights movement is scrambling to provide immediate assistance to those most directly affected by the shuttering of abortion clinics. Davis said she and her team have experience with the immensity of the task to provide services and transportation to those seeking an abortion. In September, when Senate Bill 8 — which banned abortions at about six weeks into a pregnancy — went into effect, Davis said all her energy went into providing immediate assistance to people seeking care.

Now that Republicans have “caught the car” by banning abortion, Davis says Texas leaders aren’t prepared for the political backlash.

The decision’s deeply personal impacts on everyday Texans will carry momentum into November at the ballot box, Davis said.

Ramón agreed. She pointed to voting trends that show people are taking notice of the issue and it is mobilizing voters. In an internal analysis of the Democratic primary, Annie’s List saw an uptick in women voters compared to past gubernatorial elections. In the recent primary, more than 56% of Democratic voters were women.

“Not one thing will flip Texas, but this issue, on top of gun violence, on top of the insurrection … on top of very unliked Republican leadership at the top of the ticket,” Ramón hoped will be enough to spur changes in leadership.