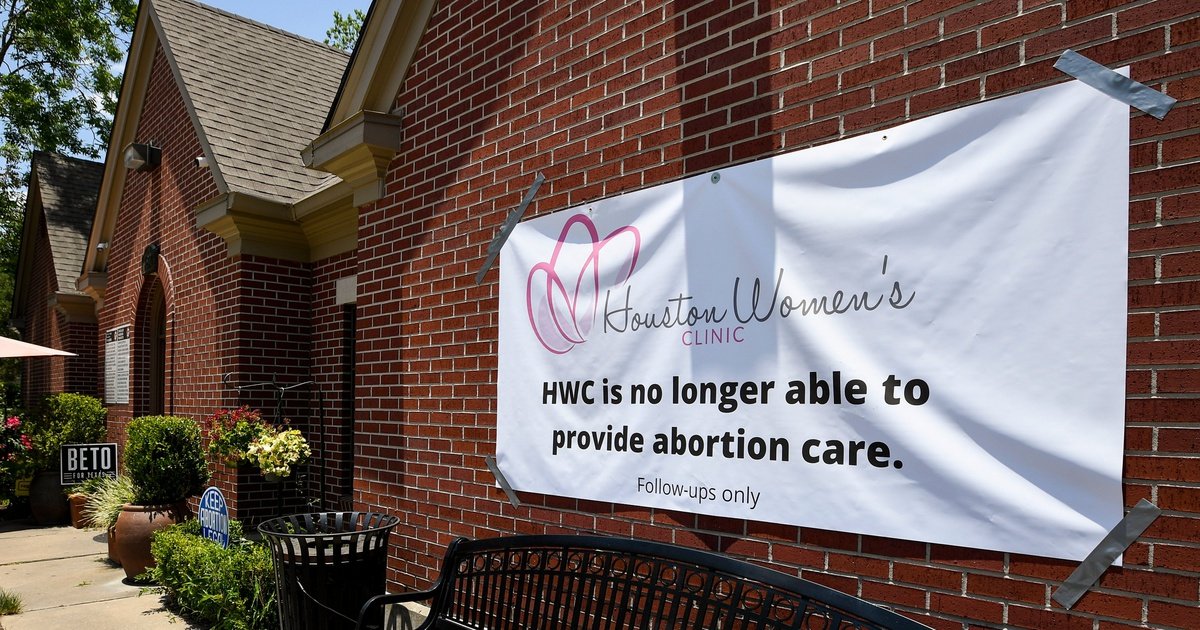 HOUSTON — Across the street from Houston Women’s Clinic, an abortion provider in the center of the city, Janette Garcia waited Friday inside a blue van that was plastered with “Free Pregnancy Tests & Ultrasounds” written in English and Spanish.

She wore blue scrubs and a wide smile.

For six years, Garcia has worked as a sonographer for the Houston Coalition for Life, an organization opposing abortions that offers pregnant women alternatives to the health care they seek at the abortion clinic.

But Friday’s clients were different. After the U.S. Supreme Court overturned the constitutional right to abortions Friday morning, Houston Women’s Clinic, like abortion providers across Texas, halted all abortions, and four women who had come to the clinic — which had duct-taped a sign to the outside wall saying “HWC is no longer able to provide abortion care” — instead wandered across the street to the blue bus for ultrasounds and pregnancy tests.

“They had their minds and hearts open,” Garcia said. “We’re here to help those who need help.”

Friday’s legal victory for Garcia and others who oppose abortion in Texas was thrilling, especially for people who have spent most of their lives fighting to end abortion in the state. They described tears of joy, jubilation and a motivation to keep fighting to see the abortion restrictions triggered in Texas and other conservative states spread to the entire country.

“I’m super excited, it’s hard to put into words,” said Christine Melchor, head of the Houston Coalition for Life. “Cheerful, happy, we’re thanking God. We’ve had a lot of setbacks in the last 50 years and not a lot of wins. This is huge.”

Melchor said she has been actively opposing abortions since she was a 21-year-old college student in Southern California in 1973, when the U.S. Supreme Court ruled that women had the right to terminate their pregnancies.

“I couldn’t believe it could even be thought about that a mother could pay someone to take the life of her child,” Melchor said.

Cathy Nix, executive director for the San Antonio Coalition for Life, said she has been following the anti-abortion movement since she found out what an abortion was around the age of 12. She felt a calling to protect the unborn and has been fighting ever since, not knowing what the future would hold.

“I didn’t know if I would be able to see this day,” Nix said Friday.

Even though Friday’s ruling was widely predicted after a draft opinion of the high court’s decision was leaked in April, anti-abortion leaders were still buzzing.

Kyleen Wright, the president of the Arlington-based Texans for Life Coalition, also expected Friday’s decision but said she and her staff were still “crying, we’re rejoicing, and we’re pinching ourselves,” Wright said. “But at the same time, we know that there’s a big job ahead of us. And so our celebration is sort of tempered by that.”

What’s next is navigating a new law of the land, which in Texas will mean that reproductive rights will essentially be eliminated.

“I have a tender heart, I feel sad if someone is sad,” Wright said. “I feel sorry for women who feel unsupported … and I just want them to know that the pregnancy centers and not just the state of Texas, but the whole network of pro-lifers and our churches, we’re going to be there for them. We’re going to be there for you with love and support and help and not judgment.”

Bolling agreed: “We are there to help the women, you know, who have babies that, you know, need support,” he said. “And, yes, there will be women that will go out of state and women that will get the abortion pill. But many more women will choose life, obviously.”

Back in Houston inside the blue bus, Garcia was eager to put in more time across from the clinic, ready to welcome anybody who pulls up looking for reproductive care.

“We’re going to be busier,” she said.

She knows that people who want an abortion “will always find ways” to get one. “But there are alternatives that are safe. We can help women find ways to address it. Every life is important, and we don’t judge them. We pray for them.”