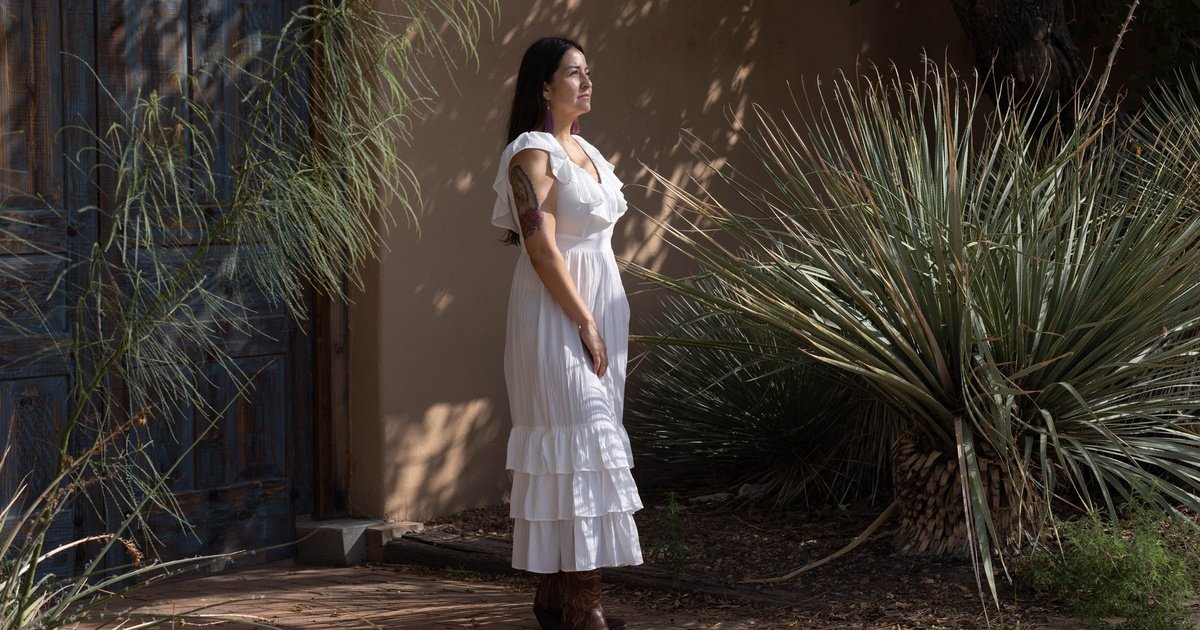 For New Mexico state Rep. Micaela Lara Cadena, the arrival of a new abortion clinic in Las Cruces, the city she represents, is surreal. Over the years, there hasn’t been consistent access to the procedure as providers came and went.

But now — weeks after the U.S. Supreme Court revoked the constitutional right to an abortion — the clinic at the heart of that decision has relocated from Mississippi to the city just across the Texas border of El Paso. It’s one of several clinics to announce its move to New Mexico in recent weeks.

It has quickly become Texas’ only neighboring state to protect abortion access and one of the few “haven” states in the southwest. People there have been preparing for a deluge of abortion-seekers — and those who want to stop the state from offering the procedure at all.

“Now people are coming from across the country — at great stress, great exhaustion, great trauma — to arrive in our community, where likely they will be met by a handful of angry protesters, so that they can access health care,” Lara Cadena told The Texas Tribune.

Close behind those traveling to Las Cruces for care are activists like prominent anti-abortion advocate Mark Lee Dickson, who helped Texas towns ban abortion before Roe. v Wade was overturned. The ordinances he championed served as the model for Texas legislation that severely limited when an abortion could be performed, which the Supreme Court declined to block.

Now, Dickson hopes to eliminate some of the next closest options as he tries to expand city abortion bans to conservative-leaning New Mexico towns.

Aware of the looming threat, local leaders and abortion clinics opening in New Mexico remain confident that protections in the state constitution will prevent Dickson from gaining ground.

“We don’t need any outsiders coming here to try to mess with our autonomy and our capacity to shape our own families,” Lara Cadena said. “So when I hear all these activists coming over, I say, ‘Bring it.’”

Dickson isn’t oblivious to the legal and political barriers he’ll face in a state that leans Democratic.

“No matter what state we’re looking at, there’s a way to do this. And sometimes it’s a matter of challenging laws. I mean, that’s how we’ve gotten where we’re at today,” he said.

A history of interference

Lara Cadena said this isn’t the first time out-of-state interests have come to New Mexico to shape policy. Texas’ history of trying to impose itself on its western neighbor stretches back to at least 1841, when Mirabeau Buonaparte Lamar, the Republic of Texas’ second president, unsuccessfully tried to persuade the people of Santa Fe to join his country.

Even on the issue of abortion, New Mexico has seen previous external attempts to influence policy.

After the murder of George Tiller, a Kansas physician who provided late-term abortions, in 2009, some of his colleagues relocated to Albuquerque to continue providing care. But it wasn’t long before anti-abortion groups based in Kansas followed them and continued a campaign to impede physicians’ work by filing complaints against them with the New Mexico medical board.

In 2013, anti-abortion groups attempted to outlaw late-term abortions in Albuquerque through a ballot initiative. The measure failed by over 10 points. And today, New Mexico again finds itself on the receiving end of these out-of-state influences, this time from an anti-abortion activist who has a proven track record.

Dickson’s previous efforts have had an outsized impact on the reproductive rights of Texans. In small towns across the state, he lobbied local leaders and voters to ban abortions within their municipalities, establishing “sanctuary cities for the unborn.” Those ordinances included private enforcement mechanisms, empowering individual citizens to bring civil lawsuits against anyone who helps someone get an abortion. That made it very hard to challenge the ordinances on the grounds that a government entity was violating the constitutional protection for abortion that existed at the time.

A similar enforcement mechanism was at the heart of Texas Senate Bill 8, which enabled lawsuits for abortions performed after around six weeks of pregnancy. Months before overturning Roe v. Wade, the U.S. Supreme Court refused to strike down SB 8 and its private enforcement mechanism.

Dickson concedes that convincing New Mexico towns like Hobbs, Eunice, Jal, Lovington and Clovis — all less than 20 miles from Texas — to try and ban the procedure could take time, but he’s patient.

“We believe it’s possible see all these cities pass ordinances that outlaw abortion that can survive court challenges,” Dickson said.

Abortion rights advocates disagree. Many working to improve access to reproductive care see New Mexico as a stronghold state where people can seek an abortion. Laura Schauer Ives, a New Mexico civil rights attorney, attributes that to two components of the state’s constitution.

The equal rights amendment of the New Mexico constitution extends medical care protections to all residents regardless of gender. She said that includes abortions, since the Legislature and governor last year repealed a 1969 abortion ban that previously criminalized the procedure.

Schauer Ives also noted New Mexico’s constitution is structured in such a way that neither counties nor municipalities can pass ordinances that are inconsistent with state laws. This preemption, Schauer Ives said, prohibits cities from passing ordinances about health care, which falls under the state’s jurisdiction.

“Our laws in New Mexico would undoubtedly protect and respect a woman’s right to make her own decisions about her own body with her doctor,” said Schauer Ives.

She added that Texans traveling to her state for reproductive care can be confident that no effort by out-of-state influences will change that.

Still, local officials in some parts of the state have started to voice opposition to abortion. Otero County, on the southern border of New Mexico, passed a nonbinding resolution in July declaring the county as a “sanctuary for life.” Alamogordo, the largest city in Otero County, approved a similar resolution last week.

Ellie Rushforth, a reproductive rights attorney with American Civil Liberties Union in New Mexico, sent letters to both governing bodies reminding them that resolutions have no force of law and “any attempt to enforce it would be a violation of the New Mexico Constitution and state law.”

Any enforcement attempts would almost certainly result in litigation, Rushforth said. She estimated that any local entity trying to enforce a ban on abortion would have to spend tens of thousands of taxpayer dollars to defend their attempt.

“We will never abandon our communities and loved ones in Texas who are stranded in a place that has turned their back on them,” Rushforth said.

Do “not concede any small thing”

In addition to the opening of Pink House West — the new iteration of the now-closed Jackson Women’s Health Organization — New Mexico communities along the Texas border likely will see another health care clinic providing abortions with the arrival of Whole Woman’s Health. The provider recently closed the doors to its four clinics in Texas. Whole Woman’s Health plans to open somewhere just across the border to serve Texans traveling for abortions.

Amy Hagstrom Miller, the organization’s president and CEO, told The Texas Tribune that the continued efforts to curtail abortion rights have provided her team with lots of experience on how to best combat anti-abortion regulations.

And she has some advice for New Mexicans who can anticipate the full force of Texas’ anti-abortion advocates: Do “not concede any small thing.”

She pointed to Texas’ previous six-week ban and 24-hour waiting period that Republican legislators once presented as compromises.

“It’s a strategy to make the next restriction they decide to introduce sound reasonable,” Hagstrom Miller said.

Such efforts, she said, are out of step with what the public wants. Last Tuesday, Kansans — who consistently support conservative presidential candidates — voted to maintain the right to an abortion in the state’s constitution, offering one of the first electoral indicators about the public’s reaction to the overturning of Roe v. Wade.

While Texans have been left without access to the procedure, Schauer Ives said New Mexicans — and those who travel to the state — still have that choice available to them. She and others are ready to protect it.