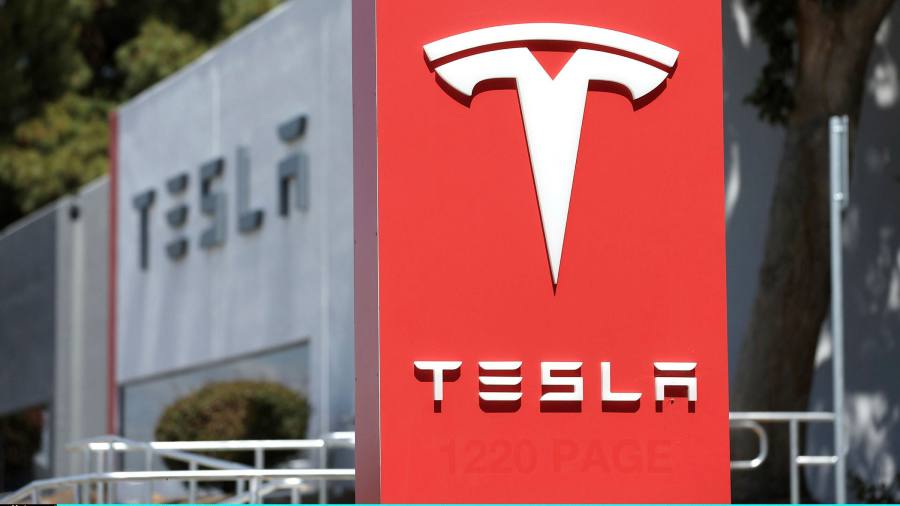 Tesla shares slid more 12 per cent on Tuesday, wiping more than $125bn off the electric carmaker’s valuation, a day after the company’s chief executive and largest shareholder Elon Musk clinched a deal to buy Twitter.

Musk is funding the $44bn takeover with $13bn of debt from Wall Street’s largest lenders, as well as a $12.5bn loan secured against his Tesla stake. The billionaire has not yet said how he will finance the remaining $21bn of cash that he has promised, raising the possibility that he will need to sell billions of dollars’ worth of shares in the carmaker.

That prospect has heaped pressure on Tesla’s stock. The group is among the most valuable publicly traded companies in the world, worth $908bn on Tuesday, and its shares trade with a speed that is almost unparalleled in US markets.

A significant drop in the value of Tesla would also pose problems for Musk whose margin loan is secured against his stake in the electric carmaker.

More than 44mn Tesla shares had changed hands worth more than $40bn. That was about three times the level of the next highest traded stock by value, iPhone maker Apple.

The decline in Tesla weighed on the broader market, accounting for more of the S&P 500’s losses on Tuesday than any other company in the benchmark stock index.

Musk and his bankers at Morgan Stanley have been sounding out other investors who may want to invest in a privately held Twitter alongside him, which would reduce the size of the cheque he ultimately has to write himself, said people briefed on the matter. 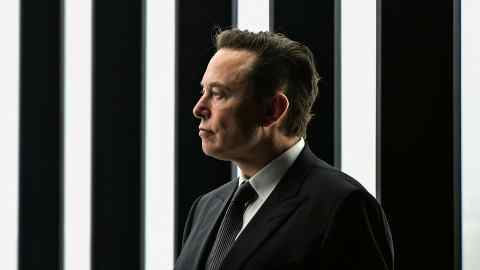 Twitter stock closed at $49.68 on Tuesday, about 8 per cent below the $54.20 price at which Musk has agreed to take the company private. The difference between the social media platform’s current price and take-private price implies concern among investors that the deal may not get done.

The deal, if completed, would mark one of the largest leveraged buyouts on record. However, it may yet fall apart if Musk does not stump up the equity portion, or if the transaction is blocked by regulators.

The EU on Tuesday warned Musk must comply with the bloc’s rules on moderating harmful content. The billionaire, who has previously criticised Twitter, has linked his acquisition to free speech, which he describes as “the bedrock of a functioning democracy”.

His comments have led to concern and joy on opposite sides of the US political spectrum.

Shares in Tesla have sunk 19 per cent since Musk became Twitter’s largest shareholder more than three weeks ago.