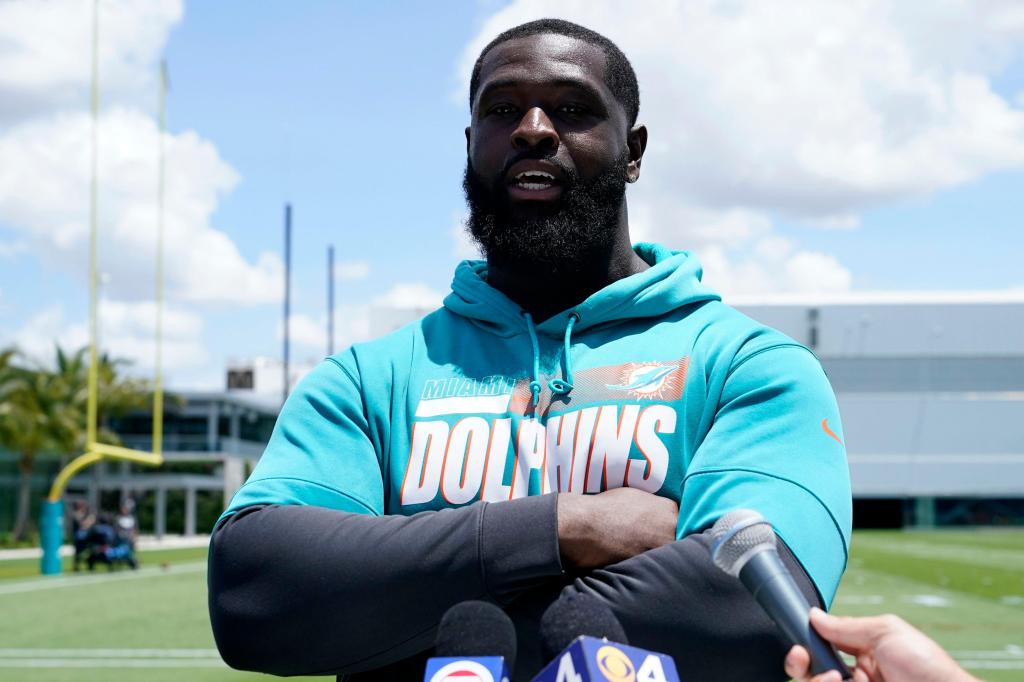 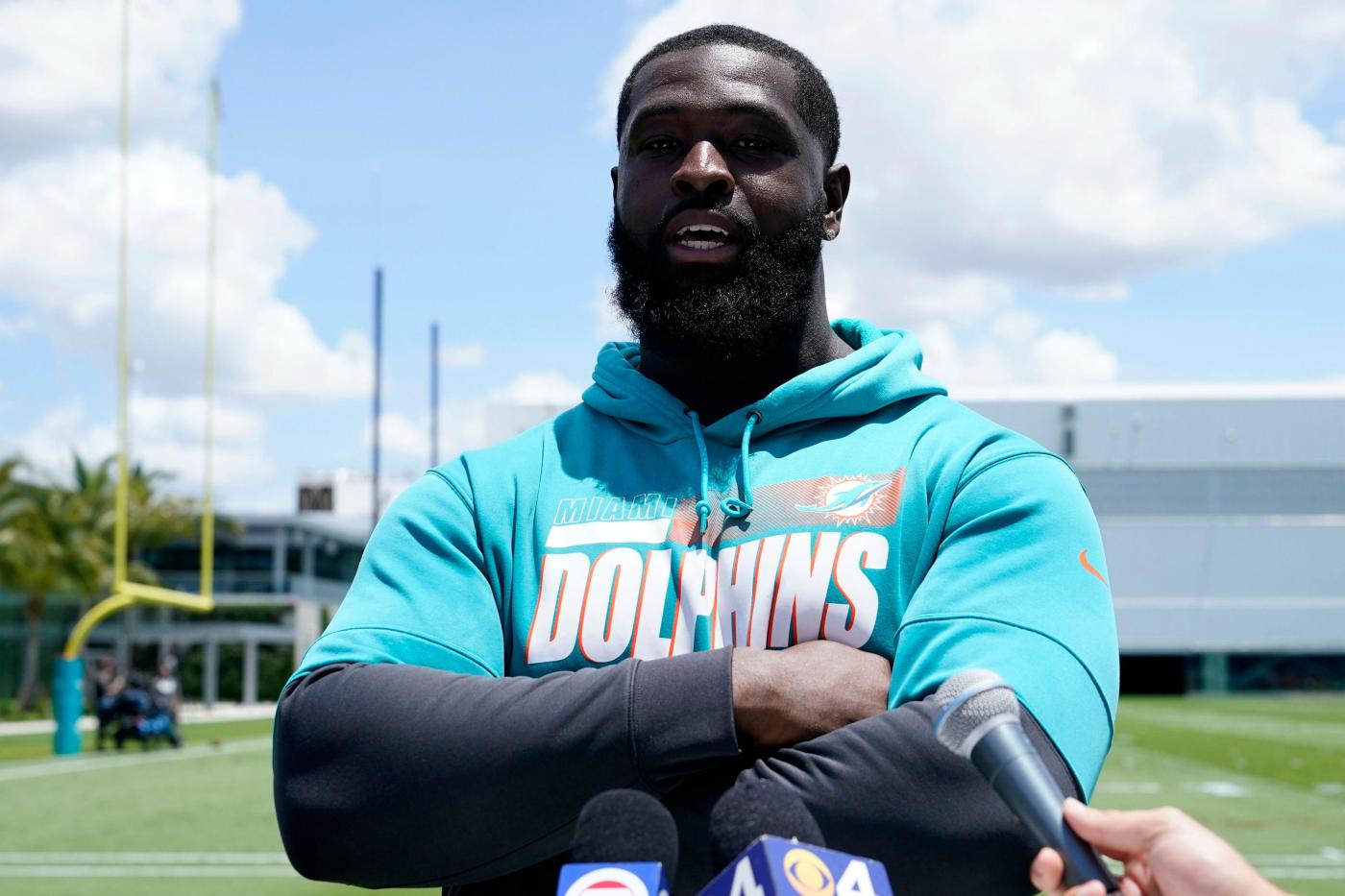 That’s what the media wants to see during these pad-less practices, and what the fans want to hear about in the dog days of June because it means the Miami Dolphins offense has hope of becoming dangerous, and that’s got to be refreshing.

But the one player who can make the Dolphins offense consistent — if not forceful — has been missing.

That’s why everything we’ve looked at this offseason has been incomplete, fragmented because the most important offseason addition hasn’t taken the field with his teammates yet.

Terron Armstead, the three-time Pro Bowler the Dolphins signed to a five-year, $87.5 million deal with the hopes that he’d fix Miami’s most troublesome unit from last season (or the past decade) hasn’t participated in an offseason practice yet.

The veteran left tackle has been rehabbing a knee injury that forced him to miss the final four games of the 2021 season, and has missed all of Miami’s offseason field work. Armstead has made 93 NFL starts since becoming a first-stringer for the Saints late in 2013, but also has been sidelined for 38 games since then.

“I’m getting ready for training camp so we can hit the ground running,” said Armstead, who underwent offseason surgery on his right knee in January.

So far it’s been Larnel Coleman, Greg Little and rookie Kellen Diesch filling in at left tackle while the 30-year-old gets his body right.

Because of his absence there’s been ton of pressure coming from the left side, so it has been hard to assess how good the Dolphins offense can be since Armstead hasn’t been able to unleash his physicality and athleticism on the man lined up across from him.

And keep in mind the Dolphins are building a run-heavy, play-action based offense, and Armstead is expected to be the engine that drives it.

“Offensive line is a tough job. You’re tasked with things that are just difficult to get done, especially against the guys that you’re playing against,” Armstead said, referring to the battles that take place in NFL trenches as 300-pound men wrestle at the line of scrimmage.

“But this offense allows you to be directly impactful on a lot of plays and to walk away from a play and feel like, ‘I made a play,’ like ‘I caused that run’.”

That’s why Armstead views himself as “a playmaker,” and is being paid like one because he has the potential to create running lanes, and provide his quarterback the extra second or two needed to make a read that creates a big passing play.

The Dolphins are hoping Armstead is the type of talent, and leader who helps the talent around him elevate their game, and so far that has been the case.

“He’s a consistent guy and an amazing player,” said Connor Williams, who also signed with Miami as a free agent this offseason and has settled in at center. “Everyone is already leaning on him.”

“He knows what’s happening,” fellow lineman Robert Hunt said. “He’s seen a lot of things and can help us out by just being the vet in the room for a young room.”

New coach Mike McDaniel already has praised the offensive line he inherited, saying that they are one of the most athletic groups he’s ever been around during his career as an NFL coach.

And Armstead backs up that strong praise by saying two linemen in particular, have the potential to be NFL standouts.

“You see guys like Rob Hunt and Austin Jackson being extremely explosive. They jump off the film. Those guys are just tapping into what they are becoming as players, as pros. It’s exciting,” said Armstead, who was a captain for five seasons in New Orleans. “The scheme that we’re running allows you to show those abilities, use that athleticism and explosiveness.”

The Dolphins are hoping they can utilize Armstead the same way McDaniel used Trent Williams the past two years with the San Francisco 49ers.

At times the 49ers would put Williams in motion to create a running lane with a second level block, or pull him from left to right.

But to get there the Dolphins would need to work on it, practice with Armstead on the line to prove that creating a forceful run game is possible.

“I’m anxious to get into this offense and scheme because it fits my skillset pretty well,” said Armstead. “I’m excited. I’m going to keep saying that word because I truly am.”