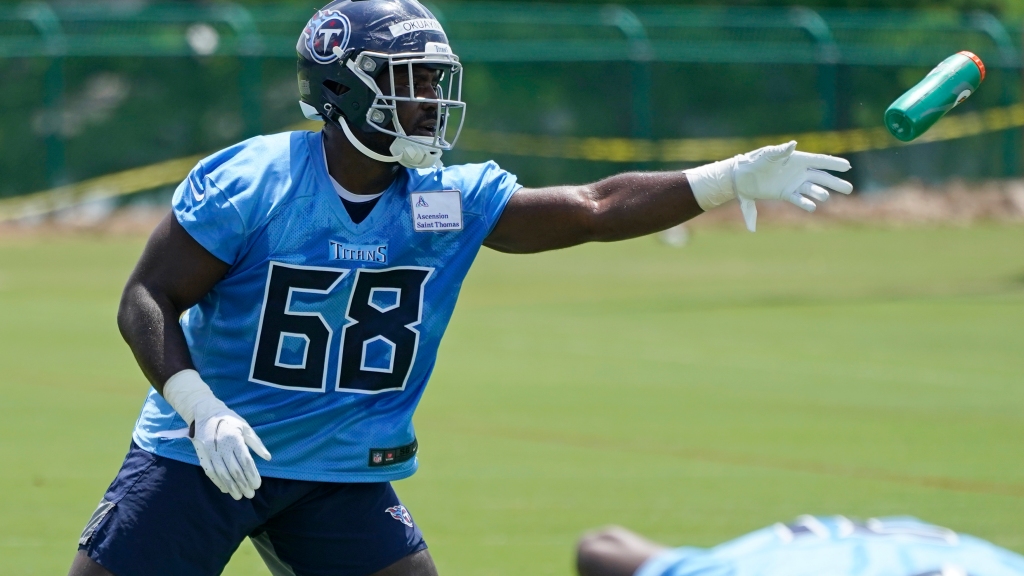 One of the Tennessee Titans’ nearly dozen and a half undrafted free agent signings was Maryland product and defensive lineman, Sam Okuayinonu.

A native of Liberia, where he lived until he was 12 years old, Okuayinonu was a teammate of Titans 2022 fourth-round pick and tight end Chigoziem Okonkwo.

After stints at a pair of community colleges, the 6-foot-2, 280-pound lineman moved on to play for the Terrapins, where he tallied 90 total tackles and 12 sacks over three seasons (25 games).

In order to get more information on Okuayinonu, we’re taking a look at what experts had to say about him in pre-draft scouting reports.

SUMMARY: Sam Okuayinonu (oh-KOO-whan-ohh) lived in Liberia until he was 12, when he and his mother fled the country for the U.S., settling in Lowell, Mass. He was a soccer player who tried and quit football as a junior at Lowell High before picking it back up as a senior. Because of grades and his inexperience on the football field, he spent three seasons at the junior college level. He transferred to Maryland (over Oregon), where he spent the past three seasons, posting career bests as a senior in 2021. Okuayinonu has a stout, muscular body type and flashes the violence in his hands to work through and off blockers to the quarterback. He is somewhat of a tweener, lacking ideal length and arc speed for the outside and struggling to find consistency as an interior defensive lineman. Overall, Okuayinonu
plays with more effort than instinct, but his active hands and natural power wear down blockers and allow him to be disruptive from different alignments.

Lower than offensive lineman on every short-yardage play. Good agility and ability to change direction for his size.

Plays with leverage at the point of attack whether inside or outside. Keeps eyes in the backfield when inside; moves linemen to either side with strong hands.

Provides some secondary interior pass rush, getting most penetration when playing three technique.

Combines strength and footwork to fill holes inside, as well. Recovers from cut blocks or falling on his way to make a tackle.

Can make the impressive chest-to-chest bear hug tackle in the hole due to his ability to wreak havoc in the backfield.

Sees the ball well but is stuck on blocks when head-up; does not shed to make plays often enough.

Isn’t able to consistently shed blocks and makes plays in the hole.

Stands up well against the run but is very pursuit-conscious and will take unneeded wide angles.

Might be limited to one-gap systems. Agility isn’t a question but misses tackles when he doesn’t square and break down.

Has the initial burst off the snap but only phone-booth quickness overall and doesn’t make as many plays behind the line of scrimmage as his ability to penetrate would indicate.