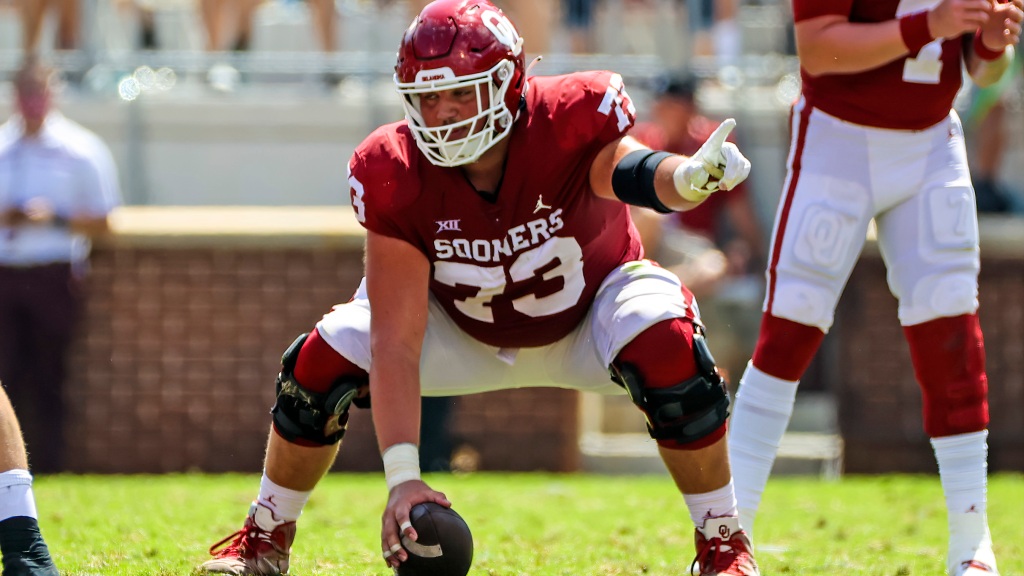 In a recent 2023 mock draft, the Tennessee Titans were projected to go with a tight end and center with their first two picks.

Draft Wire’s Luke Easterling has the Titans taking Notre Dame tight end Michael Mayer in the first round at No. 18, and then Oklahoma center Andrew Raym in the second at No. 50.

This offense desperately needs a complete tight end who can help clear the road for Derrick Henry in the run game, but also challenge defenses as a receiving threat. Mayer checks all of those boxes, and is a red-zone machine.

The Titans recently invested a fourth-round pick in Chigoziem Okonkwo, so it’s tough to see them going with a tight end this early unless the Maryland product does very poorly in his first season. We don’t see that happening.

That said, Mayer, who has picked up the nickname “Baby Gronk,” is the best tight end in next year’s projected draft class and would be a tempting option in this spot.

Not only is he a difference-maker in the passing game and a big target in the red zone (6-foot-4, 249 pounds), he’ll also enter the NFL as a fairly polished blocker with room to grow.

As far as the Raym pick is concerned, that one makes more sense. The Titans have Ben Jones inked to a two-year deal that runs through 2023, but he’ll be 34 when that contract ends, so the Titans might want to add his future replacement sooner rather than later.

Raym is above average in both run-blocking and pass protection, and he’s got the kind of athleticism that makes him a great fit for Tennessee’s zone-blocking scheme.