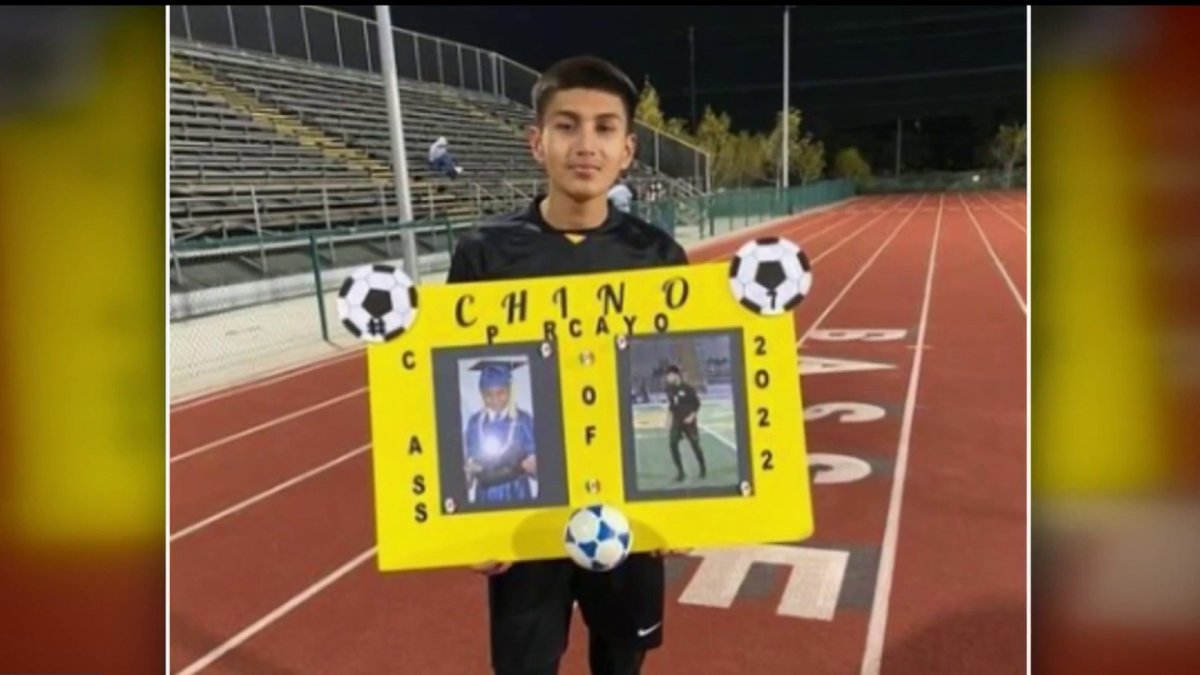 A teen hit by a suspected DUI driver over the weekend was recovering at a hospital Monday, a week before he was set to graduate from high school.

Mauricio Porcayo was at Los Angeles County-USC Medical Center. His mother, Lucia Marquez, has been by his side almost nonstop since Friday.

Friday night, Porcayo and two friends were enjoying a night out, legs dangling off the back of a parked pickup truck near Valley Boulevard and Bassetdale Avenue in the San Gabriel Valley community of Avocado Heights.

In a split second, a Toyota slammed into the back of the truck. His friends suffered minor injuries, but he was not so lucky. Doctors told him some toes will have to be amputated. His leg is broken in several places.

The driver of the Toyota, identified as Jesus Ziranda, was arrested on suspicion of DUI.

“That person needs to pay for what he did to my kid,” she said.

She says his dreams of ever playing soccer again are in doubt. Doctors say the good news is he will walk again.

“He was gonna go to college, play soccer,” said Enrique Romero, his stepfather. “There’s a lotta dreams that he had.”

In private moments alone with his mom, he tells her he has doubts.

A call to Ziranda’s cellphone has been not been returned. It was not immediately clear whether he has an attorney who can speak on his behalf.