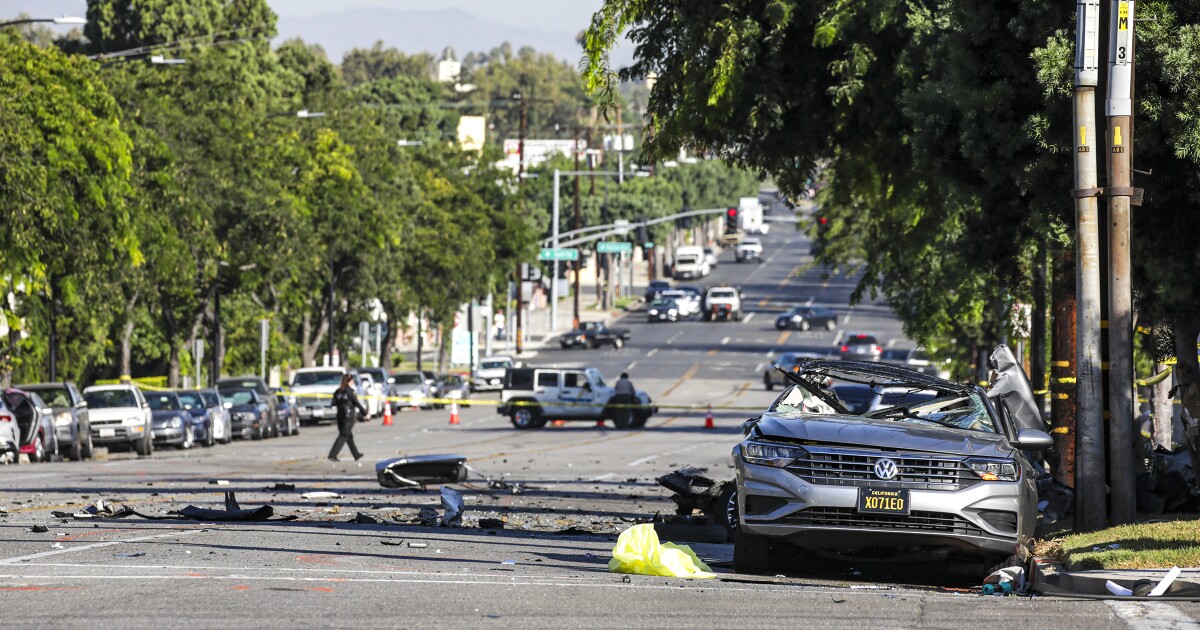 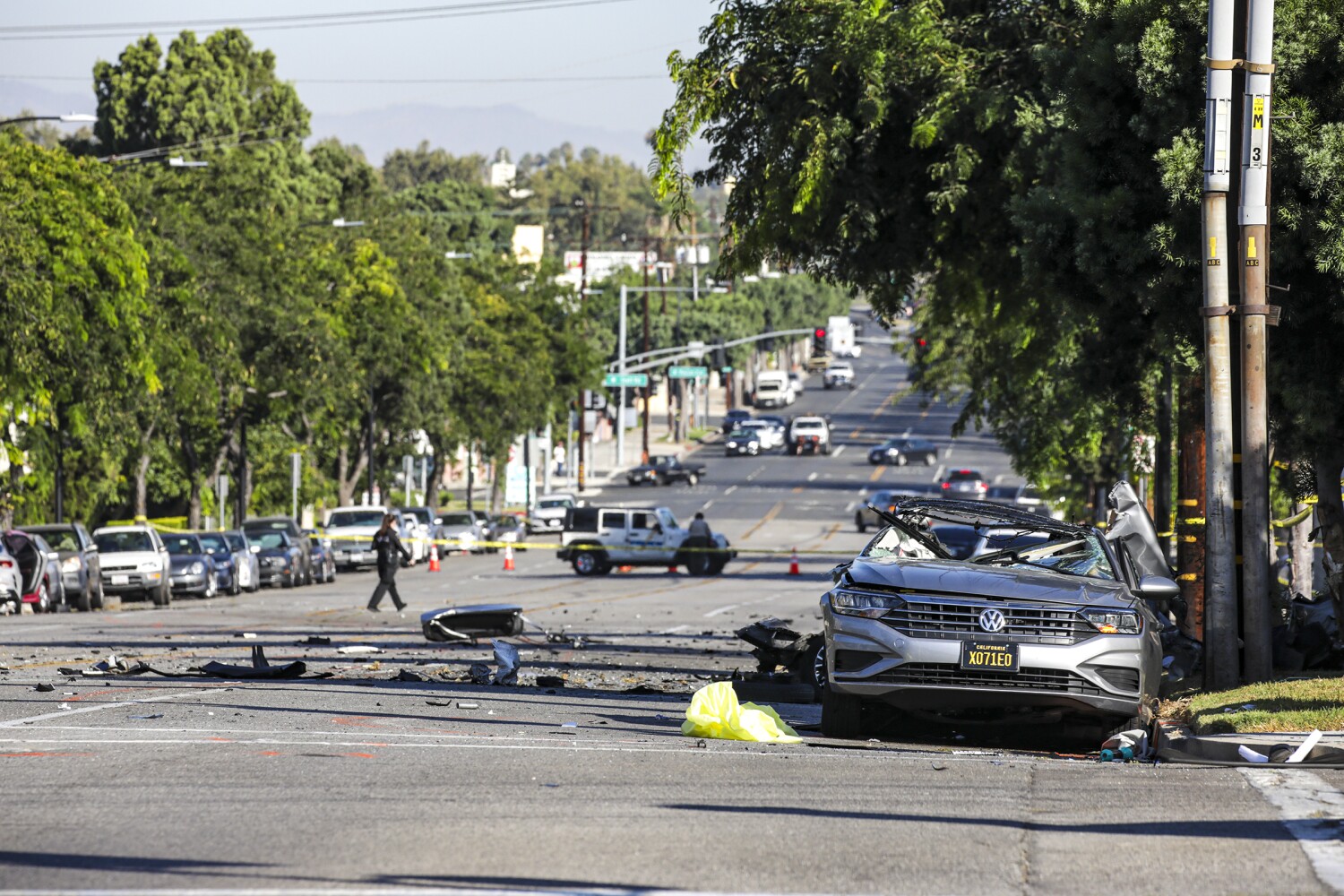 Two teenagers have been arrested and charged in connection with a fiery street-racing crash in Burbank that left three people dead and two others injured in early August.

Hamlet Arseni Aghajanyan, 19, of Burbank faces three counts of murder and one count of reckless driving, the Burbank Police Department said Thursday. He is being held in lieu of $6-million bond and is scheduled to appear in court Aug. 23.

The other suspect, a 17-year-old who was not named because they are a minor, was also arrested Thursday and is being held pending a review of the case by the Los Angeles County district attorney’s office, police said.

Both teens are implicated in an Aug. 3 crash at the intersection of Glenoaks Boulevard and Andover Drive, police said.

“This tragic and avoidable event was caused by subjects racing vehicles and driving recklessly at very high rates of speed,” police said.

On that day, investigators said a Volkswagen sedan was broadsided by a gray Kia and a Mercedes-Benz that appeared to be racing.

Aghajanyan was driving the Kia and the 17-year-old the Mercedes, police said.

The driver and two passengers in the Volkswagen were pronounced dead at the scene. A female passenger was taken to a trauma center with serious injuries.

Aghajanyan also suffered serious injuries and was taken to a hospital, police said.

The three people who died were not involved in street racing, police said.

Several celebrities, including David Allen Grier and Wanda Sykes, have expressed condolences to Baker and his family on social media.

Anyone who saw the wreck or who has information about it is asked to call the Burbank Police Department Investigation Division at (818) 238-3210.