Ted Cruz accused of trying to slither back into U.S. after Twitter busts him on vacation in Cancun 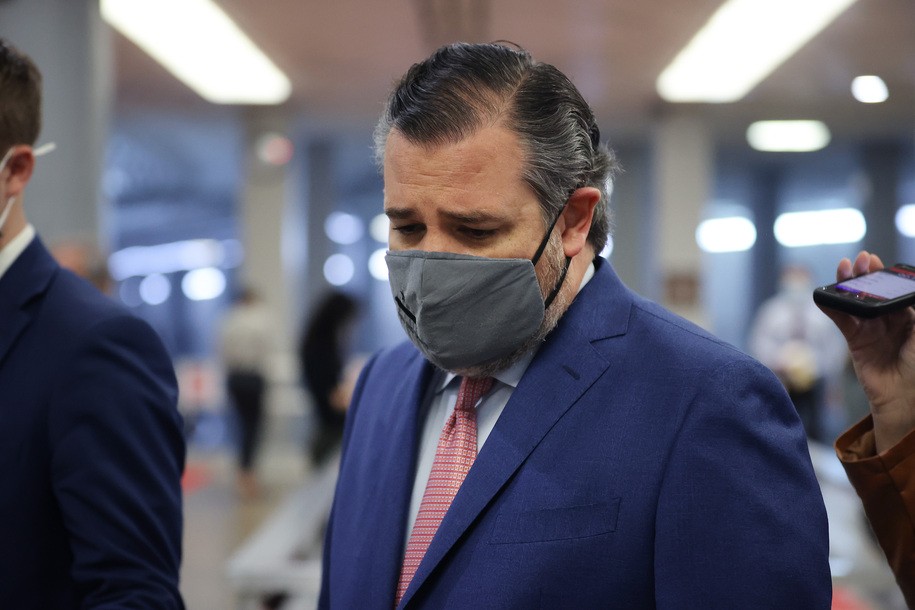 As some background, photos of Cruz traveling to Mexico gained traction on Wednesday night.

Just confirmed @SenTedCruz and his family flew to Cancun tonight for a few days at a resort they’ve visited before. Cruz seems to believe there isn’t much for him to do in Texas for the millions of fellow Texans who remain without electricity/water and are literally freezing. pic.twitter.com/6nPiVWtdxe

People are, of course, livid. And how does social media deal with frustration, anger, and disappointment? Jokes!

Mexicans should have built a wall to keep Ted Cruz out.

Ted Cruz just left the United States for a better life in Mexico.

The same guy that try’s to stop Mexicans coming to the United States for a better life.

What if Ted Cruz’s whole family is trapping warm Cancun air into plastic bags to bring back and share with their fellow Texans? Didn’t think of that one, huh?

Guys stop you’re RUINING @tedcruz’s vacation in a pandemic while the people who elected him to protect them suffer through a catastrophic infrastructure collapse!

Ted Cruz has flown to Cancun for a vacation, advising his freezing constituents in Texas to “be warmed by the thought of me enjoying a margarita by the pool. I will think of you during my pedicure – stay spa treatment strong”

Ted Cruz is warming himself in Cancun with his cohorts while the people he is meant to serve in Texas freeze . People are afraid, hungry cold .he is not fit to serve the American people in any way shape or form .he is a disgrace .

.@tedcruz finally wearing a mask to escape Texas while millions suffer. You and Heidi sure are who we thought you were.

Who will Cruz try to blame? Progressives, probably.

Who will Ted Cruz blame as his excuse for allegedly going to Cancun and abandoning Texas?

“God wanted me to go to Cancun during a terrible crisis, because you see….” – opening remarks during Ted Cruz’s inevitable explanation for bailing on his state as people are dying.

In addition to jokes, people are also comparing Cruz’s response to the crisis to that of former Rep. Beto O’Rourke.

I’d just like to point out that the man @BetoORourke ran against for senate, @tedcruz is in Cancun right now.

Once more for clarity. SENATOR CRUZ is vacationing in Cancun while BETO, the guy who ISNT Senator, is making sure Texans are safe.

O’Rourke himself also mentioned Cruz’s alleged trip during an interview on Thursday morning. “Unless we hold those responsible accountable for what they did,” O’Rourke stated. “Yes, that means Donald Trump, but it also means the junior senator from the state of Texas, who I understand is vacationing in Cancun right now when people are literally freezing to death in the state he was elected to represent and serve.”

And though social media isn’t talking about them quite as much as O’Rourke, both Julián and Rep. Joaquin Castro have been working seriously hard to take care of Texans in need during this crisis.

And last but not least, some are speculating that Cruz not only slunk off to Mexico but that he’s already on his way back. This speculation is based on the upgrade list for a United flight below, with the assumption that “CRU R” is him.

Here’s the upgrade list for this afternoon’s flight from Cancun to Houston.

That’s assuming that “cru, r” is him. And I do. pic.twitter.com/CqfKa5rJfG