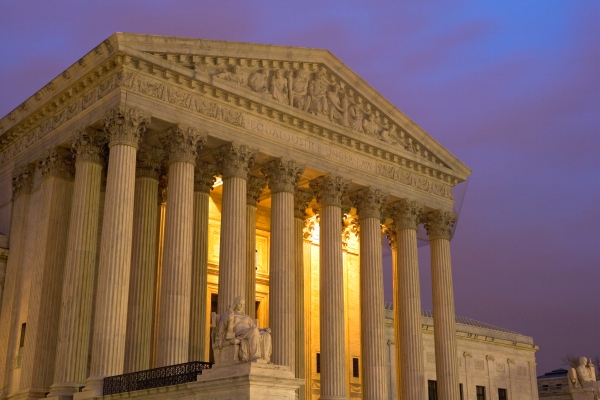 The U.S. Supreme Court issued a major decision on abortion today, overturning Roe v. Wade and declaring that the U.S. Constitution doesn’t guarantee the right to abortion. While the outcome was expected — a draft decision leaked months ago — the implications for the broader tech industry are only starting to become clear.

In the 6-3 ruling, the Supreme Court ruled that the Constitution “makes no reference to abortion” and that “no such right is implicitly protected by any constitutional provision.” Writing the majority opinion, Justice Samuel Alito — joined by the court’s other conservative justices, including Brett Kavanaugh and Amy Coney Barrett — tossed out Roe as well as Planned Parenthood v. Casey, a 1992 Supreme Court decision upholding abortion rights.

At issue in the case that triggered today’s ruling, Dobbs v. Jackson Women’s Health Organization, was a Mississippi law that banned nearly all abortions after 15 weeks of pregnancy. Over 20 states, anticipating Roe’s demise, drafted similar laws banning or severely restriction abortion and signaled their intent to enforce them once the Supreme Court’s decision was made final.

TechCrunch reached out to several major companies, including Google, Amazon and Microsoft, for their responses.

Microsoft, via a spokesperson, said that it will “do everything [it] can under the law” to support its employees and their dependents in accessing healthcare regardless of where they live across the U.S. Prior to the decision, the company included services like abortion and “gender-affirming” care in its health plans — and this won’t change. Microsoft says it will also continue to pay travel expense assistance for “lawful medical services” where access to care is “limited in availability in an employee’s home geographic region.”

EBay told TechCrunch that, effective June 8, 2022, it expanded benefits so employees and their beneficiaries can be reimbursed to travel in the U.S. to receive access to abortion treatment if it’s not available locally. The company says that the process will be managed through its healthcare carriers to maintain confidentiality.

“EBay has always been committed to providing our employees with full, fair and timely access to healthcare. Our programs have long included benefits for reproductive health, gender affirmation treatments and other healthcare services,” a spokesperson told TechCrunch via email.

Zillow also recently (on June 1) updated its health benefits as they pertain to abortion, reimbursing up to $7,500 each time “significant” travel is necessary to access healthcare including reproductive services or gender-affirming care

Elsewhere, Momentive (formerly SurveyMonkey) told employees Friday that it will cover employee and dependent costs for travel for abortion, infertility and gender-affirming care. Netflix and Twilio, too, plan to pay for employees forced to travel to receive abortions; Twilio said it will make a $100,000 donation to the Center for Reproductive Rights.

“Netflix offers travel reimbursement coverage for U.S. full-time employees and their dependents who need to travel for cancer treatment, transplants, gender-affirming care or abortion through our U.S. health plans,” a spokesperson told TechCrunch. “This is a $10,000 lifetime allowance per employee and/or their dependents per service.”

Airbnb pointed to its announcement last fall that it would offer financial and other forms of support to any Airbnb Host implicated under U.S. abortion restriction laws. “Airbnb’s U.S. healthcare coverage supports reproductive rights, and we have taken steps to ensure that our employees have the resources they need to make choices about their reproductive care,” a spokesperson told TechCrunch.

A spokesperson for Duolingo told Fast Company that the company was “updating our benefits to ensure every Duolingo employee in the U.S. can access reproductive healthcare, including reimbursement for any travel expenses necessary for accessing abortion services.” Meanwhile, GoodRx said that it will update its benefits to reimburse employees for travel expenses related to accessing reproductive healthcare and launch a new “Reproductive Health Center” to provide women with resources around emergency contraception, abortion costs, and access.

A number of tech companies offered comparable policies prior to the Supreme Court’s decision. Box, which in a statement said that it was “disappointed” in today’s outcome, offers paid time off and travel and medical expenses for “critical reproductive healthcare services.” Apple’s and Disney’s benefits cover costs needed to travel out of state for medical care, with Disney providing funds for “affordable coverage for receiving similar levels of care in another location,” according to a memo published by Variety. And Salesforce gives employees the option to relocate if they or family members are impacted by laws restricting their access to reproductive healthcare.

Apple on ruling: “We support our employees’ rights to make their own decisions regarding their reproductive health. For more than a decade, Apple’s comprehensive benefits have allowed our employees to travel out-of-state for medical care if it is unavailable in their home state.”

Bumble and The Match Group, which owns dating apps like Hinge and Match.com, have publicly stated that they’re setting up funds to cover costs for employees who need to travel for abortion care. (Bumble, which is headquartered in Austin, says that it will make additional contributions to the American Civil Liberties Union of Texas and Planned Parenthood Federation of America in addition.) HP has said its health plans cover abortion and helps employees seek out-of-state care. And both Lyft and Uber have pledged to create legal defense funds in the event any Texas- or Oklahoma-based drivers are penalized for transporting a pregnant person to an appointment for an abortion.

Lyft today expanded its funds to cover drivers in other states. “We believe access to healthcare is essential and transportation should never be a barrier to that access. This decision will hurt millions of women by taking away access to safe and private reproductive healthcare services,” a Lyft spokesperson told TechCrunch. “Today, we’re building on the steps we’ve already taken in Texas and Oklahoma by expanding our legal defense commitment to other states if they pass similar laws. No driver should have to ask a rider where they are going and why.”

After this morning’s Supreme Court ruling, we reiterated to employees that Uber’s insurance plans in the U.S. already cover a range of reproductive health benefits, including pregnancy termination and travel expenses to access healthcare. We will also continue to stand behind drivers, reimbursing legal expenses if any driver is sued under state law for providing transportation on our platform to a clinic.

Both Citigroup and JPMorgan Chase pay for travel to states that allow abortion. So does Tesla, Yelp and Amazon, the latter of which has offered to cover up to $4,000 a year in travel expenses for employees seeking “non-threatening” medical care including abortions.

It’s important to note, of course, that many companies — even those publicly supporting abortion rights or offering benefits to that effect — have donated to campaigns advocating for abortion restrictions. As Slate recently reported, Citigroup has given over $6.2 million to the Republican Party and nearly half a million to various GOP candidates in Texas alone. JPMorgan donated more than $100,000 to sponsors of abortion bans. Yelp, Uber and Lyft have also contributed tens of thousand of dollars combined to anti-abortion lawmakers over the last few years.