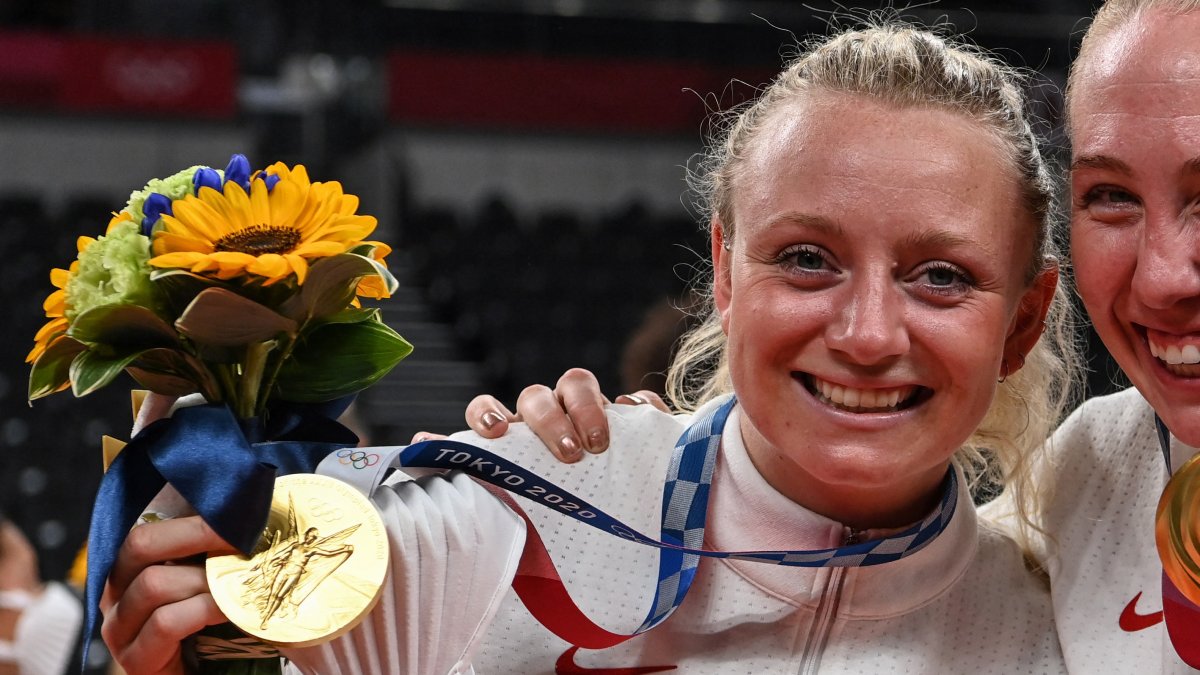 Anaheim Police Department got a pretty surprising call May 25 when an Olympian reported a car burglary, and revealed the prized possession that was stolen was a gold medal.

Jordyn Poulter, an American volleyball player who competed in the Tokyo Summer Olympics and won, called Anaheim police to report that her ca was broken into.

“I realized that my middle console was open and my bag was gone,” Poulter said.

Poulter was starting setter for the 2020 U.S. Women’s Olympic volleyball team. She said whoever burgled her car made off with not only her passport, but her most prized possession.

“This past summer in Tokyo we finally did it. We finally got gold,” she said.

She said she carries the medal with her because people like to see it.

Unfortunately, it was in her car, which was not locked, and her garage on East Lincoln Avenue was open.

“It’s one thing to lose a passport or a phone or whatever, but a gold medal — that’s a difficult one,” she said.

She is sensitive to the fact that this is nothing compared to all the bad news in the world.

“With all the shootings and the kids, something like this seems so insignificant,” she said.

Still her coach would like her to get that medal back.

“You have an athlete and all the hard work they put in over four years…and a lifetime,” USA women’s volleyball head coach Karch Kiraly said.

Anaheim police say it’s such a unique item it would be hard to sell.

“We are hoping if someone does try to do something like that a local pawn shop or it if comes up on eBay, that they would contact us immediately,” Anaheim Sgt. Jacob Gallacher said.

After all, it’s not pure gold.

“If you try to melt it down it’s not going to get you very far,” Poulter said. “The inside is made of recycled computer parts.”

“I believe they will do the right thing.”

We’re Getting a Reba Reunion (Kind Of) Thanks to Lifetime