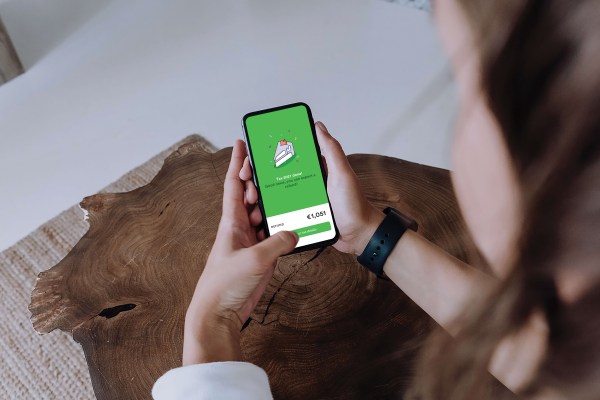 Ben Franklin once famously said that in this world nothing can be said to be certain, except death and taxes. But that doesn’t make dealing with either particularly natural and easy. Tech is rushing in to fill that gap, and today a Berlin-based startup called Taxfix, which has built a popular mobile assistant to address the former of these, is announcing a big round of funding to fuel its growth. It has closed a Series D of $220 million at a valuation of over $1 billion, money that the startup will be using both to build in more products to extend its touch points with customers beyond annual use around tax time; and to expand to new markets beyond its current footprint of Germany, Spain and Italy.

The funding is being led by Teachers’ Venture Growth, the rebranded venture fund the Ontario Teachers’ Pension Plan Board (a prolific investor for years in tech), with previous backers Index Ventures, Valar Ventures, Creandum and Redalpine also participating. (Index led its Series C in 2020; Valar led a round in 2018). This is a major round for the startup: Taxfix has raised around $330 million since being founded in 2016.

The company’s concept is very simple, played out mostly simply for people who do not have complicated tax profiles with different assets or other money sources in the balance. Using the app to check out your tax situation is free, and to do so you simply take a snapshot of a payslip and fill out another few details and Taxfix does the rest of the work for you. To then file your taxes through that as an individual costs €39.99 or €59.99 as a couple.

Taxfix isn’t a business process automation startup per se, but it takes something of the stance as one, in building its products for the consumer market:

“We’ve hacked the brain of a tax accountant into codes,” Ott notes.

The startup has had “millions” of downloads of its app across its three current markets of Germany, Spain and Italy up to now, working out to over $1 billion in taxes refunded for those who fill out their forms using its mobile assistant.

Notably, however, Taxfix doesn’t disclose how many customers it has currently, although you can understand why: metrics like monthly or daily active users (a classic metric for consumer-focused mobile apps, which this is) are hard to quantify for a product that realistically is only used en masse once a year — a concept that Ott, who joined last year from having been a VP and MD of Central Europe of none other than Facebook, will understand very well. That’s indeed one reason for raising this funding, and raising so much of it: building more products to extend that lifecycle.

Ott would not be too specific about what will come first and when beyond saying “later this year”, but ideas he mentioned in an interview included tools for expense management throughout the year, which is useful for those who are self-employed and might want to track receipts more carefully ahead of filing; and options for people to take tax windfalls and invest them elsewhere. Taxfix as you might suspect prefers to talk about the good news stories around tax filing — it’s easy! and it’s often free money owed to you! — so Ott wasn’t keen to talk about how much money it calculated people owed to the state, but there is an opportunity there too to provide financing and longer-term managing of that financing as a different kind of product.

The challenge that Taxfix was built to address — and those who first built it, its original founders, Mathis Büchi and Lino Teuteberg, are still with the company, respectively as chairman and CPO — was that, as TVG MD Avid Larizadeh Duggan described it, is that many people associate taxes with anxiety. “It’s complicated and people are afraid of the outcome,” she said. The solution was a simple one: make an app “to make something complicated delightful.” I don’t know if I’d ever use that word to describe the process of dealing with taxes, but very few of us are unfamiliar with how a few simple mobile tricks can actually make mundane things into fun activities.

And there is a big opportunity in the market to do that for something as deeply mundane, anxiety-inducing, and generally complicated as taxes. Turbotax, Intuit’s big product in the U.S. that is a competitor of sorts (alongside states’ own filing systems, and a number of other accounting platforms, and other startups like Taxscout), was started as far back as the 1980s, and it’s still growing at a rate of 5-10%, Duggan pointed out. That’s a sign of how there is not just incumbent marketshare to take away, but new users popping up all the time.

Turbotax is instructive for another reason, too: it’s really not expanded outside of the U.S., which says something about the complexity of building these products and perhaps points to one reason why Taxfix hasn’t expanded much itself.

Ott would not be drawn out on which markets the company will tackle next, except to point out that it’s focusing on countries where the systems from the state are hard to use, and there are not many alternatives out there currently to address that issue.

I tried to buy an Olive Garden NFT. All I got was heartburn.

These materials were meant to revolutionize the solar industry. Why hasn’t it happened?