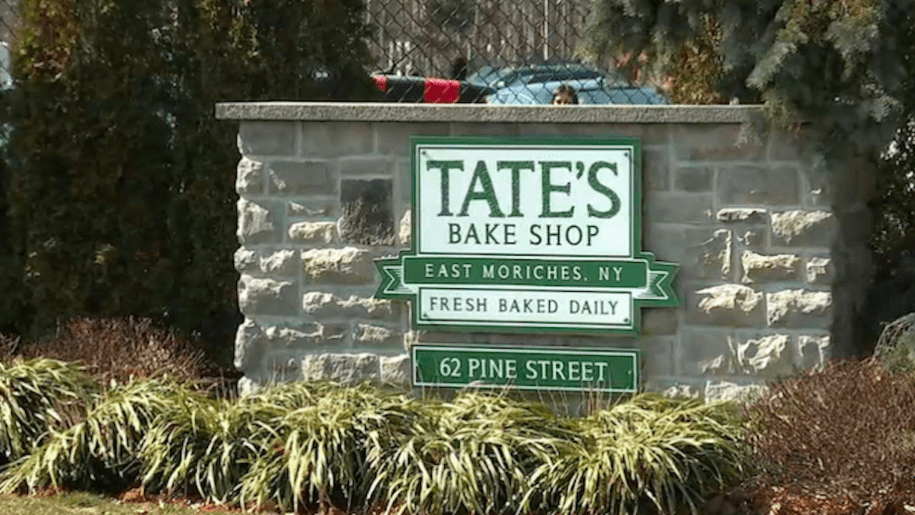 Gothamist reports that while union representatives have tried to reassure undocumented workers they’re entitled to the same organizing rights as their documented coworkers under the National Labor Relations Act, it has done little to soothe the fears of workers without legal status.

One sanitation worker at Tate’s said that “[p]eople are scared to talk,” Gothamist reported. “They’re scared to express themselves.” While the sanitation worker has legal status, he said he didn’t want to be named out of fear of retribution by management. News 12 Long Island reports Tate’s Bake Shop, which had its start selling homemade cookies before being sold for $500 million in 2018 to Mondelez International, denies the claims.

“Any allegation that the company has violated any aspect of the National Labor Relations Act is untrue,” a Mondelez International spokesperson said according to the report. “Tate’s prides itself on treating all its employees with respect, and we have fostered over many years an inclusive, supportive, caring work environment and culture with our employees.”

The Washington Post national reporter Hannah Dreier tweeted that “[i]t’s an open secret on Long Island that Tate’s Bake Shop cookies are made by undocumented immigrants, including teenagers who balance factory work with high school.” According to the Central American Refugee Center, of the more than 500,000 immigrants who call Long Island home, about 80,000 lack legal status.

Exploitative employers using immigration-related threats against workers is all too common—and in fact escalated under the anti-immigrant agenda of the previous administration. The Los Angeles Times reported back in 2018 that in California, such threats rose compared to previous years.

“Through Dec. 22, workers had filed 94 immigration-related retaliation claims with the office, up from 20 in all of 2016 and only seven a year earlier,” the report said at the time. It wasn’t just ICE threats, either. Some workers said employers outright rejected documents “that appear genuine,” the report continued. “That is the emboldening,” Labor Commissioner Julie Su said in the report. “It is not just a coincidence and it’s not an accident there has been such a spike in threats to immigrant workers.”

ABC 7 New York reports undocumented workers at Tate’s have also complained of unsafe conditions amid the novel coronavirus pandemic. “Right now, it’s very bad,” another worker who chose to stay anonymous for their protection said through an interpreter according to the report. “We all work together in the lines. There is no social distancing at work. There is already two of them that are sick at the hospital.” None of this has even yet touched on the anti-union consultant reportedly hired by Tate’s.

Sara Nelson, president of the Association of Flight Attendants-CWA, tweeted that the Protecting the Right to Organize (PRO) Act “would create serious penalties for employers who pull union-busting stunts like this. And it would protect ALL workers who speak up, regardless of immigration status.” The PRO Act passed the House during the last session, but was blocked by then-Republican Senate Leader Mitch McConnell. The bill has since been reintroduced in both chambers, and passed the House just this week, 225-206.

The #PROAct would create serious penalties for employers who pull union-busting stunts like this. And it would protect ALL workers who speak up, regardless of immigration status. Buy your cookies elsewhere, folks. https://t.co/cpfG8NMi6H

First Full Trailer for Halo Will Premiere at The Game Awards