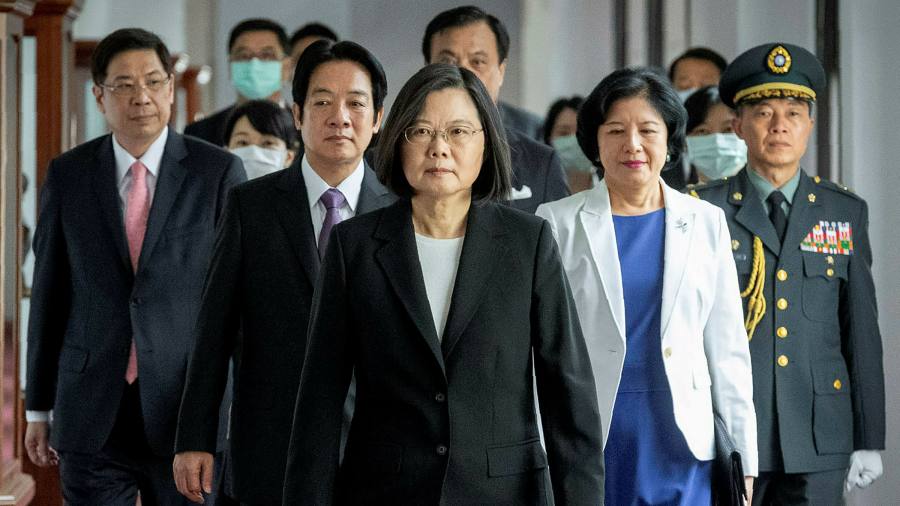 Taiwan is courting journalists fleeing China, spotting an opportunity to boost its visibility and build international support as concerns mount that Beijing is flirting with the idea of invading the country.

Last year, more than 20 journalists made the journey across the Taiwan Strait from China. Many had published articles critical of human rights abuses against the Uyghur Muslim minority in Xinjiang and the government’s early handling of the coronavirus outbreak in Wuhan.

They came at the invitation of the Taiwanese government, a move that has infuriated China, which claims the island as part of its territory.

Jojje Olsson, a freelance journalist living in Taipei since being denied re-entry to Beijing in 2016, said that Beijing’s reaction to critical reporting carried risks for the regime.

“China is shooting itself in the foot by expelling lots of journalists,” he said. When reporters come to Taiwan, he argued, “they are exposed to views that don’t reflect well on China”.

Steven Butler, the Asian head at the New York-based Committee to Protect Journalists, said that “Beijing is surely very unhappy about journalists moving to Taiwan”.

China, he added, was sensitive to the foreign media being in Taiwan, citing a case two years ago involving a prominent newspaper that was warned against setting up a regional headquarters in Taipei.

Beijing said the newspaper’s offices in the Chinese capital would be forced to close if it went ahead with its expansion plans.

Michael Smith of the Australian Financial Review, who was forced to leave China in September after being questioned by state security officials, said Taiwan’s consulate officials in Sydney “made it very clear that we [journalists] were welcome”.

He declined the invitation but many others accepted.

Last year, journalists from The New York Times, The Wall Street Journal and The Washington Post arrived in Taiwan after being expelled from China, which Beijing said was a response to Washington’s blacklisting of its state media reporters.

They were joined three weeks ago by RTÉ’s Yvonne Murray and her husband John Sudworth of the BBC following threats of legal actions over his reporting on Xinjiang.

Hong Kong had been the city of choice for journalists covering the Chinese state from afar. Western journalists booted out of China after Mao Zedong came to power in 1949 decamped to the British colony, leaving behind reporters from the Soviet bloc.

“There is no other place in the world that follows developments in China as closely as Taiwan,” argued Olsson, adding that finding out what the Chinese Communist party was up to was a matter of existential concern for the Taiwanese.

Taipei’s early detection of the pandemic is a case in point. Taiwanese officials were alerted to the novel coronavirus circulating in Wuhan through close monitoring of Chinese social media and introduced containment measures before any other foreign government.

Taiwan boasts expertise in China across its government and private sector, and shares a language and timezone. But reporting from across the Taiwan Strait has its limitations. Journalists have experienced difficulties securing interviews and personal stories that present a more nuanced picture of China.

Their jobs have been additionally complicated by the absence of news assistants — China-based journalists and researchers employed by international media — who face more severe legal consequences and lack the privileges of a foreign passport.

Reporters have also been forced to operate without the support of a bureau, as media executives are wary of provoking China by opening offices in Taiwan. Deutsche Welle, the German broadcaster, was the last foreign media outlet to do so in 2018. Tokyo and Seoul are viewed as alternative east Asian headquarters, industry insiders said.

The size of Taiwan’s economy is another factor that has given foreign outlets pause. Despite being home to some of the world’s most important technology companies, only a handful of news organisations provide consistent coverage of the Taiwanese market, which is often overlooked by foreign investors.

But China’s escalating military posturing towards Taiwan has kept the island in global headlines, as the two sides battle to dominate the international narrative around its contested status.

Beijing has used its economic and political might to entice Taipei’s few remaining diplomatic allies to switch recognition, undermining Taiwan’s sovereignty with promises of investment deals.

But by welcoming foreign journalists, the Taiwanese government has also exposed itself to critical coverage of the marginalisation of its aboriginal communities and migrant workers as well as a sluggish vaccination rollout. Journalists, after all, as one Taiwanese politician joked to the FT, “are hard to control”.

Video: Will China and the US go to war over Taiwan?

Robinhood IPO: why believers failed to deliver the ‘moonshot’