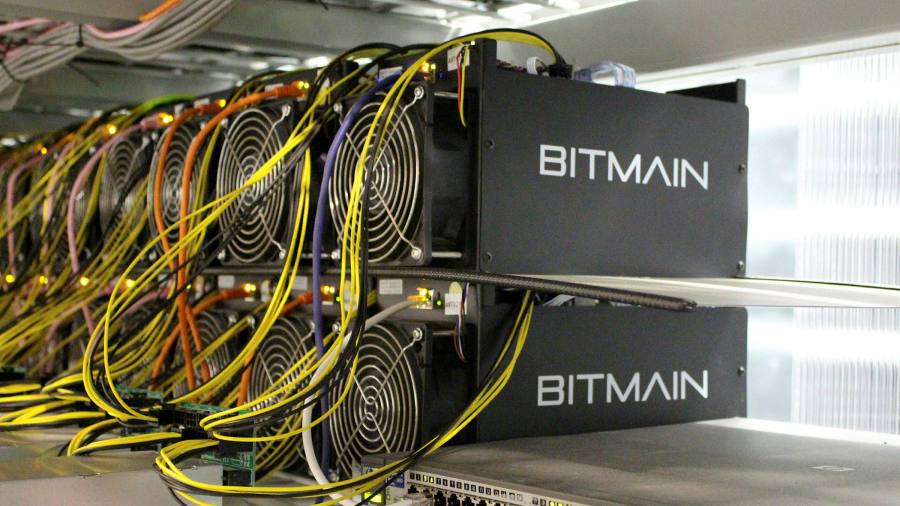 Taiwan has accused one of China’s biggest crypto companies of illegally running two research centres on the island, as it investigates a novel scheme to poach the country’s brightest chip designers.

The New Taipei City’s prosecutor office accused Beijing-based Bitmain, which designs computers to “mine” bitcoin and other cryptocurrencies, of using two companies registered in Taiwan to recruit “several hundred R&D staff in the course of three years”.

It accused the Chinese company of “severely threatening the development of our semiconductor industry”.

Prosecutors and the Ministry of Justice Investigation Bureau, Taiwan’s top-level criminal investigation unit, on Tuesday questioned and searched the homes of 19 Taiwanese chip executives and engineers suspected of being involved.

The prosecutor’s office said Bitmain had set up a company in Beijing, called CVitek, with the help of two former executives of Taiwanese chip design houses who were installed as chairman and deputy chairman.

The two Taiwanese executives then created two Taiwan-registered front companies, WiseCore and IC Link, where they organised large-scale research centres for the development of artificial intelligence chips staffed with employees poached from other Taiwanese companies, according to prosecutors.

Industry experts and government officials said the alleged set-up at the two companies under investigation pointed to a new front in Chinese efforts to attract Taiwanese talent.

“China now has a lot of [semiconductor] design companies in Taiwan,” said Charles Hsu, chairman of eMemory, a Taiwanese semiconductor technology provider. “They just recruit the design engineers in Taiwan.”

A senior national security official said more investigations were being opened into other Chinese companies, which clandestinely conducted chip design in Taiwan.

“In several cases, we have noticed chip design or chip research and development are not part of the corporate activity the company is registered to conduct,” the official said. “In others, companies have posed as ordinary Taiwanese or foreign start-ups and failed to disclose their Chinese capital.”

Taipei bars Chinese involvement in certain industries and subjects Chinese investment in many sectors to strict screening and approval processes to protect against infiltration. China claims Taiwan as part of its territory and has threatened to attack the country if it refuses indefinitely to submit to Beijing’s control.

China, which relies on imports for two-thirds of its semiconductor requirements despite decades of efforts to build a domestic chip industry, has remained dependent on Taiwanese chip talent. Its largest chipmaker, Semiconductor Manufacturing International Corporation, is partly run by Taiwanese talent.

Taiwanese chip engineers poached by Chinese chip companies have been involved in high-profile cases of intellectual property and trade secrets theft in the past.

Bitmain did not immediately respond to a request for comment. WiseCore and IC Link did not answer phone calls seeking comment on Wednesday.

Job ads seeking chip engineers for WiseCore and IC Link were removed from Taiwanese recruiting websites as of Wednesday afternoon.