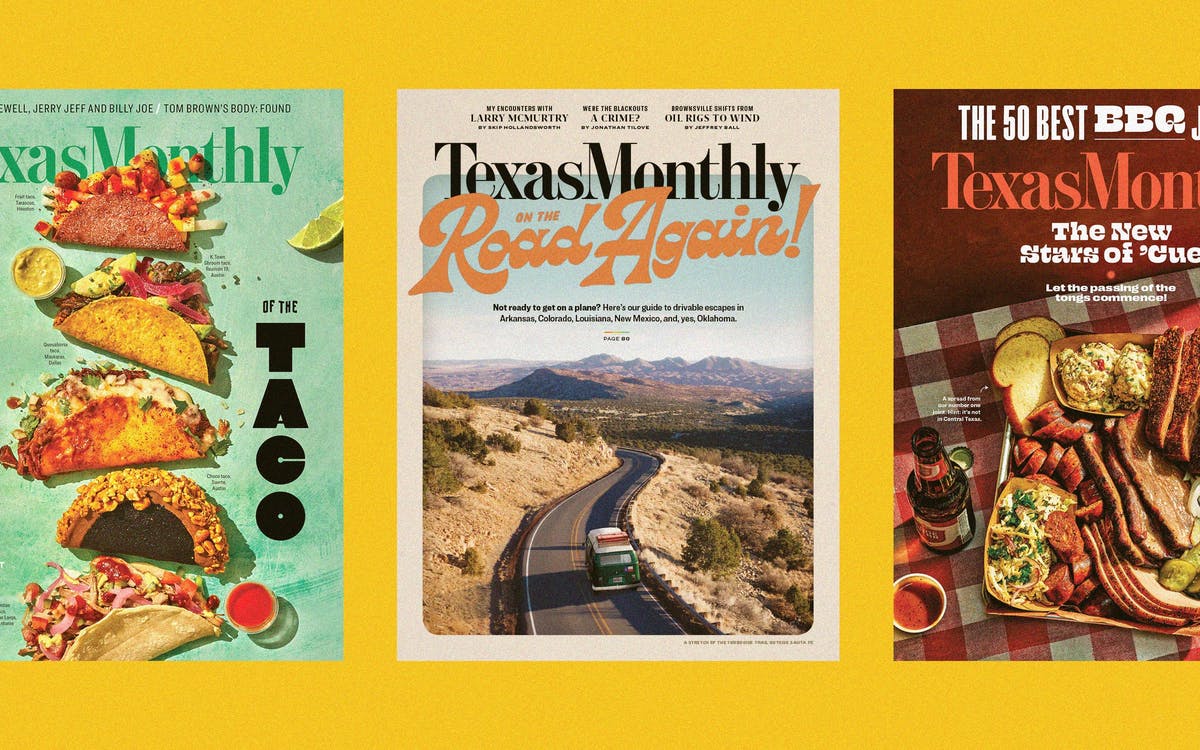 Ah, spring: that time of year when bluebonnets bloom, oak pollen irritates, and red carpets are unfurled for awards ceremonies. But if the Slap taught us anything, it’s that this trophy season is not a normal one. At Texas Monthly, it’s followed a year in which our staff had to adjust to creative methods of collaboration, endure staticky Zoom meetings, and pivot on a moment’s notice to cover the wild varieties of news our state keeps breaking. Yet these challenges have only heightened our sense of achievement as the recognition rolls in.

Wednesday morning, the James Beard Foundation announced that it has named Texas Monthly taco editor José R. Ralat as a finalist for two of its annual media awards. In the Columns and Newsletter category, Ralat is recognized for his edifying Tex-Mexplainer series, which delves into the origins of and misconceptions about one of our most beloved cuisines. And in the Dining and Travel category, Ralat is recognized for the exquisite and comprehensive December 2020 cover feature, “The Ultimate Texas Tacopedia.”

Winners will be announced on June 11, live in Chicago. These are just the fourth and fifth James Beard Foundation nominations that Texas Monthly has scored during its 49 years of publication, following executive editor Patricia Sharpe’s 2006 feature-writing win for “Confessions of a Skinny Bitch” and additional nods for work in 2009 and 2018. And while ours were the only nominations for a Texas media outlet this year in any category, TM was proud to see two other Texans, Jesse Griffiths and Priya Krishna, honored for their cookbooks, in a strong showing for our state’s passion for good food—and good journalism.

Just two weeks ago, our art department, helmed by creative director Emily Kimbro, was nominated by the Society of Publication Designers for its highest honor, Brand of the Year, for the second year running. That medal nod was accompanied by four others in the editorial creative competition (as well as by fifteen merit awards). Photo editor Claire Hogan was nominated for images appearing in “The 50 Best Barbecue Joints: 2021 Edition” and in “My Little Clone-y,” both from the November 2021 issue. And Kimbro received two more nods in feature design, for the same barbecue package and the May 2021 travel package “On the Road Again!,” covering pandemic-safe road trips to take with friends and family, both speaking to Texas Monthly’s commitment to artistic excellence in service journalism.

Texas Monthly’s reputation for innovative design was also on display this month at the American Society of Magazine Editors Awards for Photography and Illustration, where the magazine was a finalist in the Best Photo Portfolio category for “The Unsheltered,” a photo essay by Richard Sharum, and in the Best Print Illustration category, for the arresting image of Selena Quintanilla Pérez by Mercedes deBellard that graced our April 2021 cover. And at the ASME’s National Magazine Awards, senior editor Christian Wallace was a finalist for “The Resurrection of Bass Reeves,” a deeply reported historical profile of the legendary deputy, emblematic of the narrative journalism for which TM is best known. TM was exceptionally proud this year to be nominated alongside Stranger’s Guide, Texas Highways, and the Texas Observer, in a show of our state’s outstanding journalistic landscape and the strength of its storytelling.

On May 23, Texas Monthly will vie as a finalist for seventeen City and Regional Magazine Awards, including in the General Excellence, Cover Excellence, Column Excellence, Excellence in Design, Excellence in Writing, and Excellence Online categories. In addition, former senior editor Wes Ferguson and design director Victoria Millner are finalists for Writer of the Year and Designer of the Year, respectively, and TM will compete in categories including Profile (for Casey Gerald’s kaleidoscopic portrait of Leon Bridges, “Texas Son”), Lifestyle (for Ferguson’s thoughtful feature on hunting exotic game in Texas, “Aoudads and Bongos and Zebras, Oh My!”), and Multiplatform Storytelling (for senior editor Mimi Swartz’s delicate profile of a Houston dancer, “Can Harper Watters Make Ballet Matter Again?” and accompanying video storytelling).

Dan Goodgame, Texas Monthly’s editor in chief, observed that “the kudos that we most treasure are the ones that come every day from our readers—and we also try to learn from their criticisms and suggestions. At the same time, we’re encouraged whenever our work is recognized by our peers at other top national publications. And we often get good ideas from the other winners.”