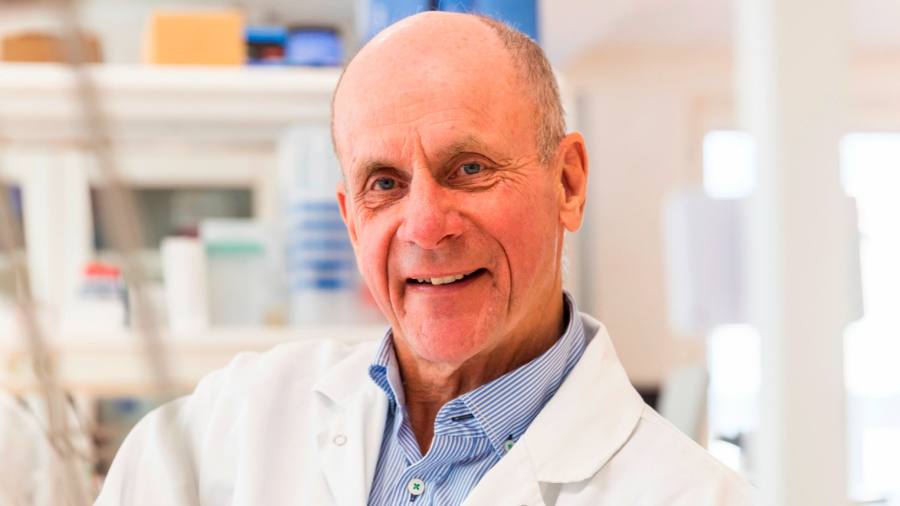 As Japanese drugmaker Eisai this week presented data confirming it had developed the first drug to slow cognitive decline in Alzheimer’s patients, the audience at a conference in San Francisco burst into applause.

Among those in attendance was Lars Lannfelt, a little-known Swedish scientist who invented the groundbreaking drug, known as lecanemab, and will make a fortune if it is approved and successfully marketed.

BioArctic, the company he co-founded in 2003 with Pär Gellerfors, struck a licensing deal on the monoclonal antibody therapy with Eisai in 2007, entitling it to hundreds of millions of dollars in milestone payments and royalties on lecanemab sales.

About 55mn people live with dementia worldwide and Alzheimer’s disease accounts for up to 70 per cent of these cases, according to the World Health Organization.

Analysts forecast the drug could generate sales worth up to $10bn a year, a prospect that would transform BioArctic, as well as Eisai and its partner on the drug, US biotech Biogen.

“It is nice to have money but this is not what has been driving me. It has been the science and the opportunity to build a Swedish company,” the 73-year-old told the Financial Times.

“We want [BioArctic] to be a fully-fledged pharmaceutical company: that is our ambition.”

Shares in BioArctic, which has just 75 employees, have more than tripled in value since Eisai disclosed in September that lecanemab slowed the rate of cognitive decline in early-stage Alzheimer’s patients by 27 per cent.

The Stockholm-listed company is now worth almost $2bn and rapidly recruiting staff, with the ambition of selling the drug in Nordic countries where it owns the rights to lecanemab in co-operation with Eisai.

Lecanemab could be approved in the US as early as January under the US Food and Drug Administration’s accelerated approval pathway. But significant hurdles remain, including satisfying physicians’ concerns about its safety and whether the clinical benefits justify the risks caused by side effects.

Investors also need convincing that Eisai will not repeat the mistakes of its partner Biogen, whose shares plunged last year following the botched launch of a similar Alzheimer’s drug called aducanemab that the Japanese group also helped develop.

Biogen initially priced a year’s treatment of aducanemab at $56,000 despite concerns among some health experts who warned there was little conclusive evidence of its benefits.

This week’s presentation of comprehensive data on lecanemab at the Clinical Trials on Alzheimer’s Disease conference in San Francisco, along with publication of a peer reviewed article in the New England Journal of Medicine, was a positive development, analysts said.

“Is it a cure? No. Are we there yet? No. But the data set is clean and shows a clear benefit,” said Evan Seigerman, analyst at BMO Capital Markets.

“Based on these data, we are highly confident in lecanemab’s approval and eventual Centers for Medicare and Medicaid Services (CMS) reimbursement,” he said.

A decision by CMS, the US federal agency administering national insurance schemes, to restrict insurance coverage of aducanemab to people undergoing the clinical trials damaged that drug’s commercial prospects.

Despite the euphoria in San Francisco this week, some researchers and investors remain cautious about the prospects for lecanemab, a drug that targets sticky plaques called beta amyloid that build up in the brain. The therapy, they say, produces only “moderate” clinical benefits compared to placebo and can cause serious side effects including brain bleeds.

The deaths of two patients on lecanemab, who were also taking blood thinning drugs, have also raised questions over whether large numbers of patients on anticoagulants may eventually be excluded from taking the treatment.

“I suspect that the lack of demonstrable clinical effectiveness will mean that lecanemab will not be taken up widely within healthcare systems around the world,” said Robert Howard, professor of old age psychiatry at University College London.

Lannfelt takes issue with that assessment, arguing that a 27 per cent reduction in the rate of cognitive decline is clinically significant and enough to approve and launch the drug. He said the trial results also confirmed a contentious theory known as the amyloid hypothesis, which holds that Alzheimer’s is primarily caused by the build-up of plaques in the brain.

“It is well proven that amyloid beta causes Alzheimer’s disease as much as HIV virus causes Aids. I think it’s the same level of evidence,” he claims.

Many researchers disagree that amyloid beta is now proven to be the “primary cause” of Alzheimer’s, saying rather that it is a complex disease with many contributory factors.

“Amyloid beta probably contributes roughly 30 per cent of the disease in totality, but there are many other disease proteins and other conditions that can add to the rate of decline,” said Dr Keith Vossell, a professor of neurology at the University of California Los Angeles.

It was Lannfelt’s discovery in the early 1990s of a mutation in the gene responsible for amyloid beta that helped establish a link between sticky plaques and Alzheimer’s. Almost a decade later while working as a researcher at the Karolinska Institute — a Swedish medical body — he unearthed another genetic mutation linked to amyloid-beta aggregates called protofibrils, rod-like structures that are a key target of lecanemab.

Named the “Arctic mutation”, it led to the discovery of the monoclonal antibody mAb158, which became lecanemab.

“We founded BioArctic in 2003 based on this idea and we managed to get in contact with Eisai and convince them that to target protofibrils is a very good idea,” said Lannfelt, who owns 33.5 per cent of BioArctic shares but controls 49.3 per cent of the biotech’s voting rights. He sold a small portion of his stake in October.

If lecanemab turns into a commercial success, Lannfelt said BioArctic would use the proceeds to develop drugs targeting Parkinson’s disease and other disorders of the central nervous system. Despite his age, he said he wanted to continue working at BioArctic as long as he could contribute with research.

“You can’t change your lifestyle at this age,” said Lannfelt, adding that he would indulge himself by buying an electric car.