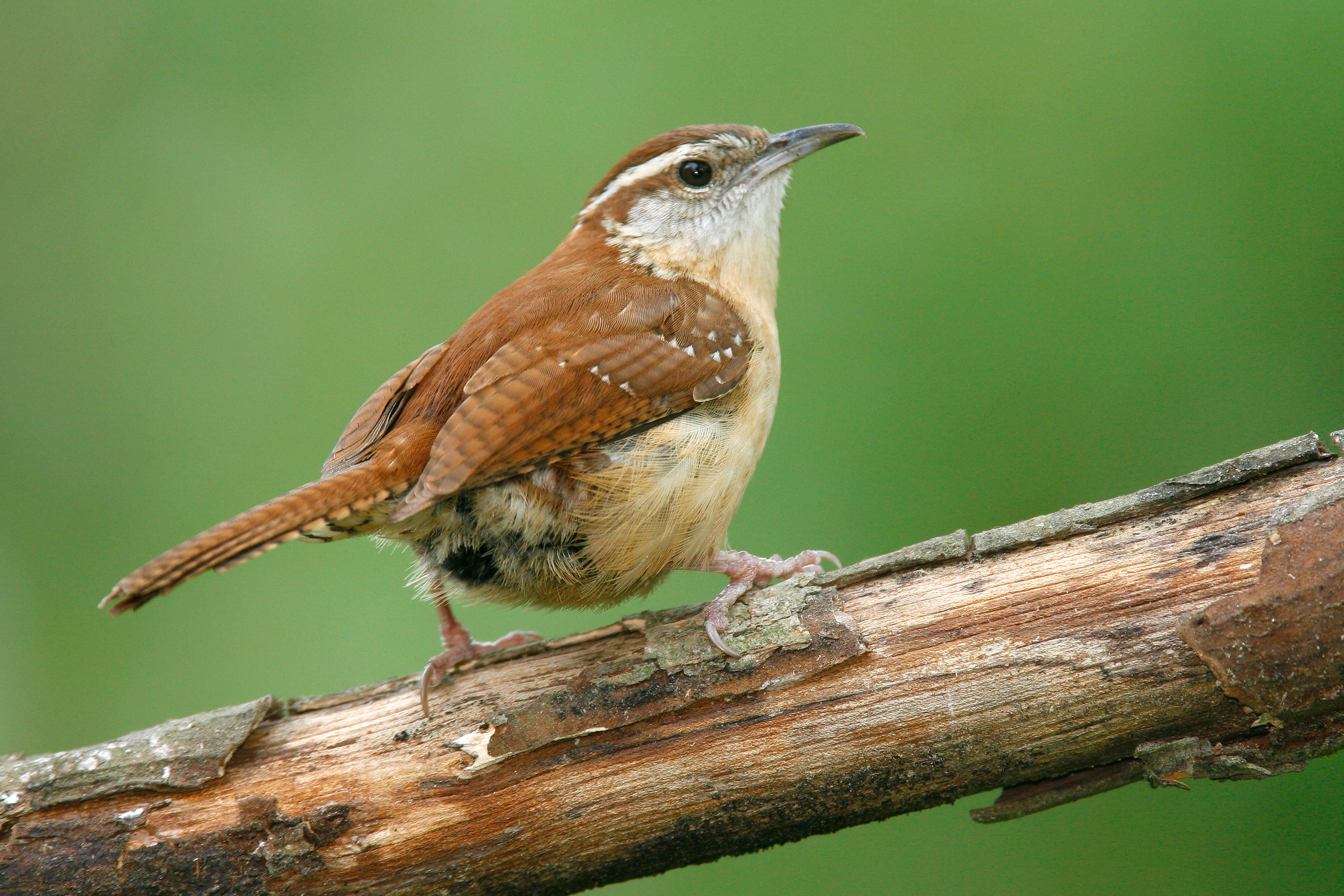 Beginning in May and appearing to slow down by the end of July, juvenile songbirds from the mid-Atlantic to the Midwest fell ill with odd symptoms and died. Scientists were baffled by the mass mortality event. Months later they still do not know what killed the birds. Suspects include pathogens that the victims could have contracted by consuming Brood X cicadas and environmental toxins to which the young birds were particularly vulnerable. Brian Evans, an ornithologist at the Smithsonian National Zoo and Conservation Biology Institute in Washington, D.C., leads a collaborative effort that draws on community science to find out more about the scope of the event and narrow down the possible causes.

Scientific American spoke with Evans about the efforts to solve this ongoing mystery, the impact of community scientists and what the public can do to help.

[An edited transcript of the interview follows.]

When did you first learn about these songbirds dying?

It first came to my attention in early to mid-May. Early on, I didn’t believe it. I know that fledgling mortality rates are phenomenally high in general. So to hear word of a bunch of people observing a lot of dead and dying fledglings, as an ornithologist, frankly, didn’t come as much surprise. I had about five birds at that point in my backyard that had basically fallen out of the sky, and I blamed crows because I have an incredible crow population in my neighborhood [in Takoma Park, Md.].

It wasn’t until late May that my perspective on the event had started to change. One of my neighbors observed a bird on the street, out in front of the yard, that was still alive—all the birds that I had encountered at that point were dead—and described it as having really swollen eyes and this inability to respond to her and just [seeming] generally confused. Its head was making tremors. That seemed to me to be an odd set of symptoms to share: we see a lot of swollen eyes in birds, especially house finches and house sparrows, that are infected with a bacterial infection called Mycoplasma gallisepticum. But these symptoms that she was describing didn’t sound like [those] caused by mycoplasma.

I went from, at that very moment, being really skeptical to starting to doubt myself. Literally a half an hour later, I received a text message from a field technician at the [Smithsonian] Migratory Bird Center with a picture of an affected bird, and a neighbor called me to tell me that he had a bird that was up the road that was sick.

He and I together went to City Wildlife, which is the rehab agency that has been crucial in getting the word out about the event and connecting various parties. They let me know when I went there that, from their perspective, this is a serious event and that they are overwhelmed with the number of mortalities that are coming in.

What are the symptoms of this condition, and what birds are affected?

The ophthalmic symptoms can be surprisingly swollen eyes, eyes that jut out of the head a little bit. They can be crusty eyes; they can be blindness. The neurological symptoms can be things such as a shaking head, an inability to stand, involuntary muscle spasms in general. [They] can be depression or lethargy. When you observe one of these birds with this neurological set of symptoms, it’s fairly obvious, because they’re simply unresponsive. There’s one video that was submitted [via a form that the Smithsonian National Zoo and Conservation Biology Institute set up] of this bird that just had this slow shake to its head and could barely stand and was keeled to the side. It’s those strange behaviors that I think are most remarkable in this event.

To the best of our knowledge, [of those] affected, maybe 90 percent [are] juveniles. It can be tricky to tell a juvenile from an adult, but early on, they look really distinct, especially in regard to plumage, and they have a meaty gape around the corners of their mouth when they’re young in June.

What did you do once you realized that these were not run-of-the-mill deaths you would expect among juveniles?

The first thing that we did was start to coordinate with City Wildlife, the rehab group. We’re sending e-mails back and forth and trying to see: What do we know? Is this just in [Washington], D.C., or is it in other states? How many birds are affected? Are we the worst?

We took in specimens that have the neurological/ophthalmic symptoms that are associated with the event, and we’re testing them internally through our Center for Conservation Genomics for everything from viral to bacterial to fungal infections.

The other role I’m playing is reaching out to every rehab agency that I can that has specimens of birds that died from other reasons—so they died because they hit a window or because a cat killed them. Finally, we’re testing truly healthy specimens: we’re going out into the environment, and we’re banding birds and swabbing their eyelids and cloacae. They’ll act as controls for the conservation genomics group. It’s all about how … these specimens that are [symptomatic] differ from other specimens in the environment in terms of their microbial community.

Why has the agent of disease been so elusive, despite months of this kind of testing?

It’s not just a question of what’s making a given bird sick…. It’s much harder to diagnose a problem that’s shared across a wide geography and a wide timescale and a wide number of species.

What do you think about the hypothesis that the Brood X cicada emergence had something to do with this?

There are a number of hypotheses for what’s potentially driving the event. Some tests have come back negative: West Nile virus, avian flu, salmonella have come back negative. The cicada hypothesis is actually a set of hypotheses that developed because of really strong overlap between the mortality event and the cicada Brood X distribution. Areas that had a lot of cicadas seemed to have a lot of mortalities; areas with fewer cicadas seemed to have a lower number of mortalities…. We were always careful to say that correlation isn’t causation in this case—we also know that there are a lot more fledglings in the environment in June, at the peak of cicadas, than there would be in July and August.

It’s still a hypothesis that’s on the table, but it’s much less likely now because we’ve found areas that have been impacted with mortalities that did not have Brood X emerge.

It seemed like many of the early reports were from amateur birders and community members, and it took ornithologists a bit of time to take these reports seriously. Does that say anything about professional scientists’ relationship to community science?

I’m sure it does. A lot of my research is associated with community science data, but even I share that skepticism toward community science. I think that this was a lesson to me that we’ve got to do a better job as scientists to listen to what the community is saying.

What have you learned from this experience?

I’m frankly a little ashamed that I was such a cocky bastard at the get-go. It was a real lesson in humility for me. We did this with COVID: we too often pretend that something we don’t see isn’t happening.

What are the biggest questions about the event that still remain, and do you think we’ll get answers to them?

I think it’ll be solved. To me, the biggest thing to solve first is whether it’s caused by an infectious disease or whether it’s caused by a toxin. Everybody’s champing at the bit to put their bird feeders back up. I’ve heard so much language and so much pressure—“When can I start feeding birds again?” And my answer is always “Let’s wait and see what [the U.S. Geological Survey’s National Wildlife Health Center] says.” If it’s an infectious disease, and we care about birds, we shouldn’t be putting our feeders back.

It would also be really important to know if it’s an environmental toxin. Why did we see it in 2021—in such large numbers? “Will we see it again in the next breeding season?” is another important question that lingers.

You mentioned guidance from USGS that people in some mid-Atlantic, southeastern and Midwest states should take down their birdfeeders. What else can people do?

The most important thing that folks can do is just submit their observations. I’ve gotten reports from people, both through the bird mortality reporting form and from colleagues, in different states that are outside what’s expected to be the affected area. We need to address whether or not our area of impact is, in fact, accurate. So, for example, if this is occurring in Texas, and Texas does not have Brood X cicadas, that’s a real problem with the cicada hypothesis. Bird enthusiasts should submit their observations and take a lot of pictures and videos of birds.

How to Build an Offshore Wind Farm

Brain: Your unique pattern of neural activity spotted in 100 seconds