Suspect in police custody after swastika vandalism in Chicago 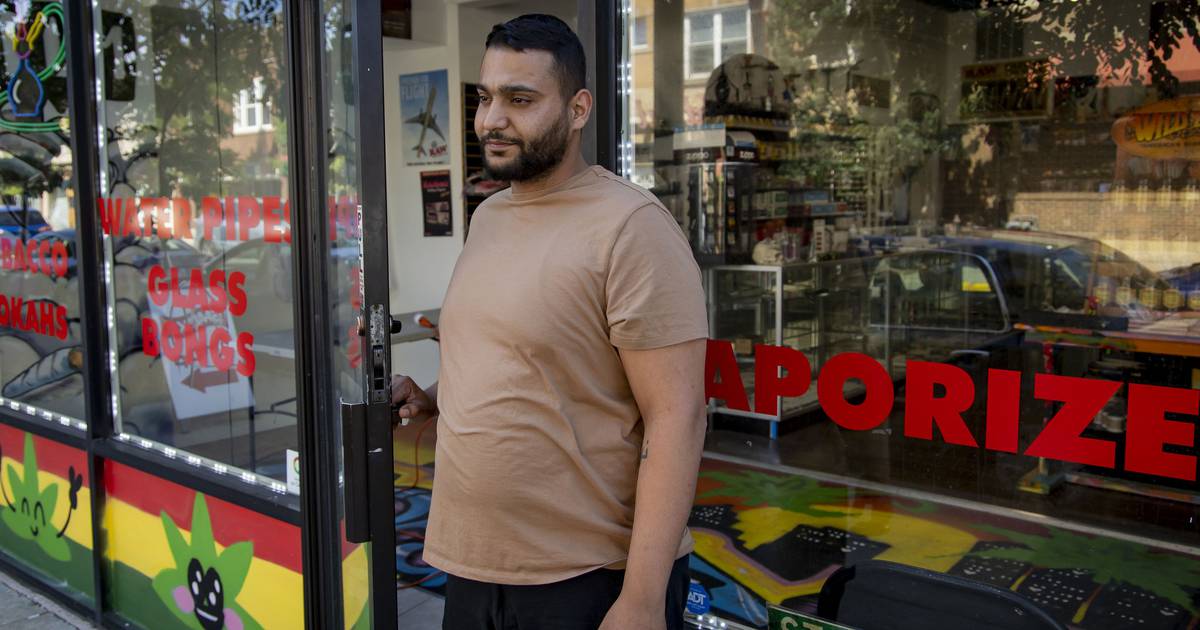 A man is in custody after several Jefferson Park stores were defaced with swastikas, authorities said.

Swastikas were painted on the Supreme Smoke Shop’s back door, boarded-up front door and street sign on Tuesday night. The white supremacist graffiti also was found at another nearby shop owned by people of color, Supreme Smoke Shop owner Arcan Abu-hashish said.

Charges against the man are pending, said Officer Michelle Tannehill, a spokesperson for Chicago police.

Abu-hashish said Thursday that he has a suspicion about who could have left the racist graffiti: a problematic former customer he believes is affiliated with a white supremacist gang.

“This is definitely something I worry about,” said Abu-hashish, who is Jordanian, after the swastikas were discovered. “It’s targeted. … He’s racist to the bone.”

On Friday, he told the Tribune he feels a bit safer now that a suspect is in custody.

Police reported two businesses on the block were spray painted. Another swastika was found across the street from a building used by the Ho-Chunk Nation, an American Indian tribe whose historic territory includes land in Wisconsin and Illinois, tribe spokesperson Casey Brown said.

Ald. Jim Gardiner, 45th, said Thursday that he has zero tolerance for the hateful symbols that appeared in his ward.

“Individuals responsible for this type of messaging will be prosecuted to the fullest extent,” he said.

State Rep. Lindsey LaPointe, D-Chicago, and state Sen. Robert Martwick, D-Chicago, shared a joint statement with the Tribune saying whoever made the hateful marks “deserves to be held accountable.”

“The rise in antisemitic and white supremacist behavior in recent years has been emboldened by a toxic national rhetoric that has incubated real harm to real people. There is no place for this poisonous behavior in our home community, and it is on all of us to step up and call it out,” they wrote.

This is a developing story. Check back for more updates.