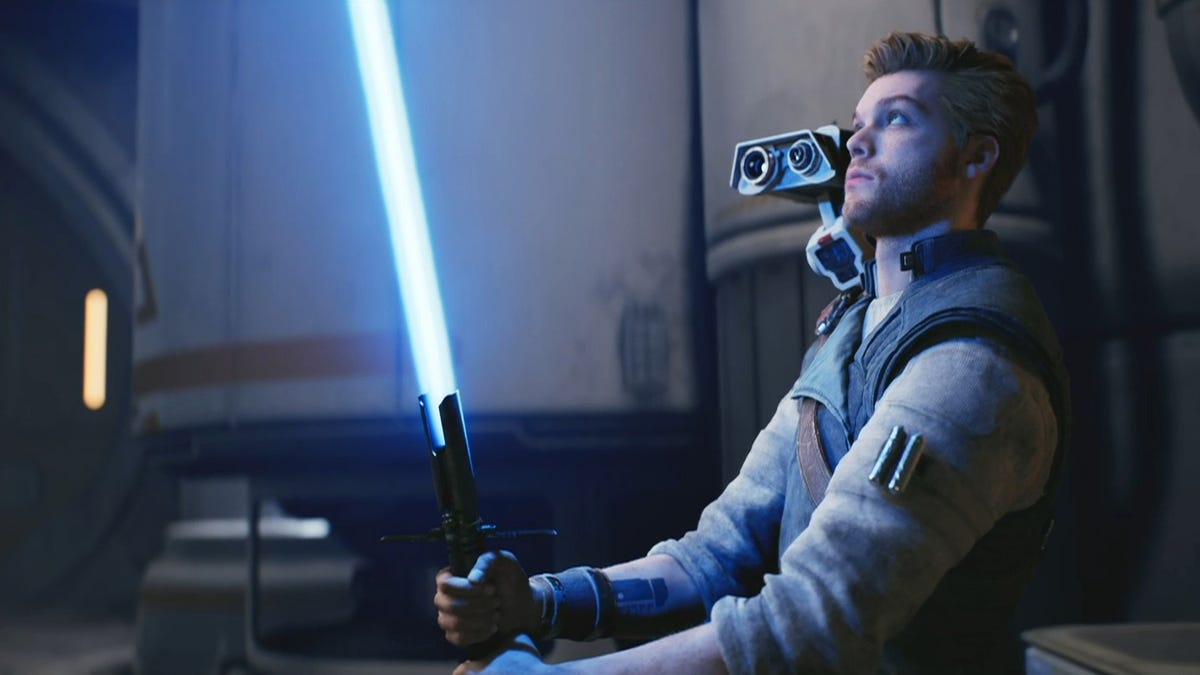 The action platformer was first revealed back in May and takes place five years after the events of Fallen Order. A previous teaser trailer showed former Jedi turned fugitive of the Empire Cal Kestis observing a mysterious figure inside of a healing tank, as well as a few other cryptic scenes. The new one dives into the sequel’s platforming, combat, and new characters. Cal’s no longer just a Padawan, and the gameplay leans into that.

Star Wars Jedi: Fallen Order came out back in 2019 and was a bright spot in Electronic Arts’ otherwise checkered history with the Star Wars license. Respawn’s take on a galaxy far, far away mixed new story beats with a style that harkened back to the original trilogy. Some elements, like the inquisitors’ headquarters level, were incorporated directly into the Star Wars cinematic universe via the Obi-Wan streaming series.

Beyond the lightsabers and big AT-AT setpieces, the game was excellent for its lowkey mix of Souls-lite elements and Metroidvania exploration. Fallen Order borrowed elements from a bunch of other successful genres and made them its own. Fans are hoping Jedi: Survivor can do the same.

It’s also coming out the same year EA’s 10-year exclusivity agreement with Disney for the Star Wars license runs out. Now other major publishers and studios are getting their turn with the classic sci-fi franchise. Ubisoft’s Massive (the studio behind The Division) is making an open-world Star Wars game, and Quantic Dream recently revealed Star Wars Eclipse , a take on the series’ High Republic era. Those games, however, are likely still several years away.

EA is also working on more Star Wars games beyond Jedi: Survivor. It announced earlier this year that Respawn was working on a shooter led by a former Medal of Honor director, and partnering with an outside studio on a strategy game potentially in the mold of XCOM.

Knockout City is Shutting Down