Surely, you know the name of one Black woman who ran for president. What about the other 10? 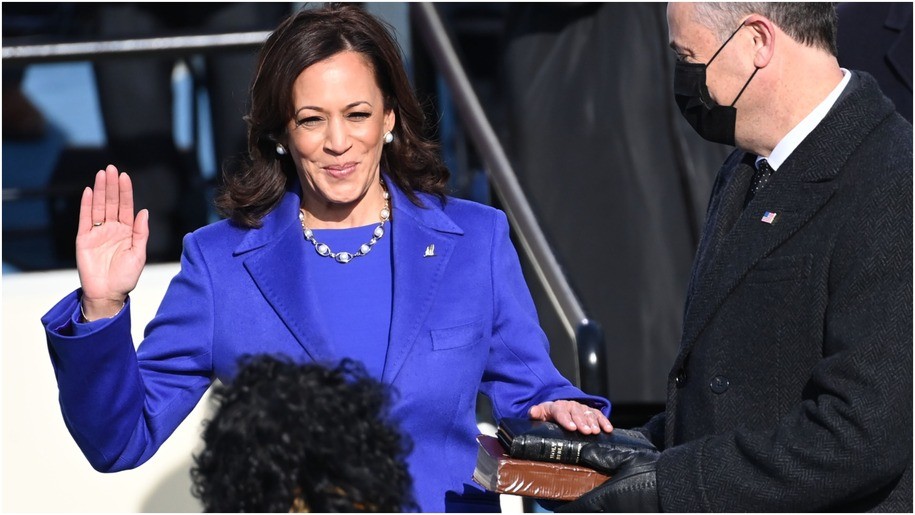 They are featured in a list published online by the History media company, and as the company pointed out, they are part of a history of female candidates for president who “helped to put 18 million cracks” in “that highest, hardest glass ceiling,” as former Democratic presidential nominee Hillary Clinton described in her 2016 concession speech.

Mitchell was 38 when she represented the Communist party and ran for president in 1968 on a platform dedicated to correcting decades of racial and economic inequity. Only on the ballot in two states, Mitchell said early in her campaign that she expected her vote to be small, but that wouldn’t determine the success of her campaign. Mitchell said her indicator of success was “whether or not communists will be able to present to the American people their views and their platforms in a way that the American people can begin to understand what communists see as some of the solutions to the problems in our country.”

Elected the first Black congresswoman in 1968, Chisholm not only ran for president but competitively sought the Democratic presidential nomination in 1972, according to her House of Representatives biography.

As a House representative, she refused to be silent. “I have no intention of just sitting quietly and observing,” she said. “I intend to focus attention on the nation’s problems.” She advocated against the Vietnam War and against a defense appropriation bill until, as she put it, “the time comes when our values and priorities have been turned right-side up again.”

WATCH: Trailblazer Shirley Chisholm was the first Black woman elected to Congress and made history with her 1972 presidential run. In this clip from 1971, she urges women to have confidence in their talents and abilities. #BlackHistoryMonth pic.twitter.com/A8tUzxhjSG

All but washed from this country’s historical record, Wright worked as a factory worker and education minister with the Black Panther Party before she ran for president in 1976 on the People’s Party ticket,  according to Muhlenberg College history professor Jacqueline Antonovich. Wright advocated for racial equity, workers’ rights, and education reform. Wright, who was 54 at the time, said during the August announcement of her candidacy that the country is “really ready for a change.”

Masters started her own political party, Looking Back, and went on to run for president five times in 1984, 1992, 1996, 2000, and 2004, according to the History company. “I think if God had meant for a woman to be relegated to the rear of a man, he would have taken that rib from Adam’s back instead of his side,” Masters said in an interview in 1987.

Psychologist Lenora Fulani was the first woman and Black person to see her name on every state’s ballot when she ran for president in 1988 as an Independent, the History company reported. She said in author Omar H. Ali’s African Americans and the Presidency: The Road to the White House: “My own involvement in third party politics was based on wanting to create a way out of being essentially held hostage to a two-party system that was not only hostile to [Black Americans] but hostile to the democratic participation of all the American people.”

Moorehead, a teacher, ran on the Workers World Party ticket for president in 1996, 2000, and 2016. The party was built on the socialist principle that workers should unite and be empowered. “As a revolutionary working-class party we use these elections to present a real alternative to the empty promises that the Democrats and Republicans convey every four years,” Moorhead said in her 2016 election campaign.

Rocker, a guidance counselor, ran for president in 2000 as a Republican and ultimately lost the party’s nomination to former President George Bush, according to the Orlando Sentinel. “We need to recruit a new breed of Republican,” she told the newspaper. “My candidacy will force the Republican Party to look at itself and decide if it is a ‘big tent’ or not.” She said she wanted to focus on improving schools and replacing the current tax system with a flat tax.

Braun became the first Black woman elected to the Senate in 1992, and she later went on to run for president in 2004. “I wanted to serve my country,” she told NPR a year earlier. “I’d come back after having served as ambassador to New Zealand and found that I had real concerns about the direction in which this country was headed. And so I decided, after friends really encouraged me to get back into public life, that this office was the one that was most suited to the skills, if you will, that I’ve brought to public service. So that’s why I’m running.” Former Sec. of State John Kerry eventually won the Democratic nominee and lost the election to Bush.

Braun spoke out in an NPR interview on Monday about the new reality of the Senate, which with Harris’ departure includes no Black women. Braun said one barrier to entry to the Senate is the cost to campaign. “It’s bloody expensive,” she told NPR. “You’re talking multimillion-dollar campaigns. And if you don’t start off with a Rolodex full of people who can write big checks, and write big checks to the party. … If you try to do it the ‘pass the hat’ kind of way, that doesn’t work anymore.”

The Atlanta Journal-Constitution described McKinney as a conspiracy theorist trying to refute everything from COVID-19 to the damage of Hurricane Katrina. “The Jolt: Before QAnon, there was Cynthia McKinney,” the AJC headline reads.

An antiwar advocate, Lindsay didn’t meet the age requirement of 35-years-old to be president, but she ran on the Party for Socialism and Liberation ticket in 2012, the History company reported. “Well, fundamentally we’re trying to change the system itself,” Lindsay told a local reporter. “You know, we think this is a rotten system. It’s a corrupt system. It’s a system whereby, you know, we find massive massive profits for the wealthy few and increasing misery for the rest of us, increasing misery for the working people in this country.”