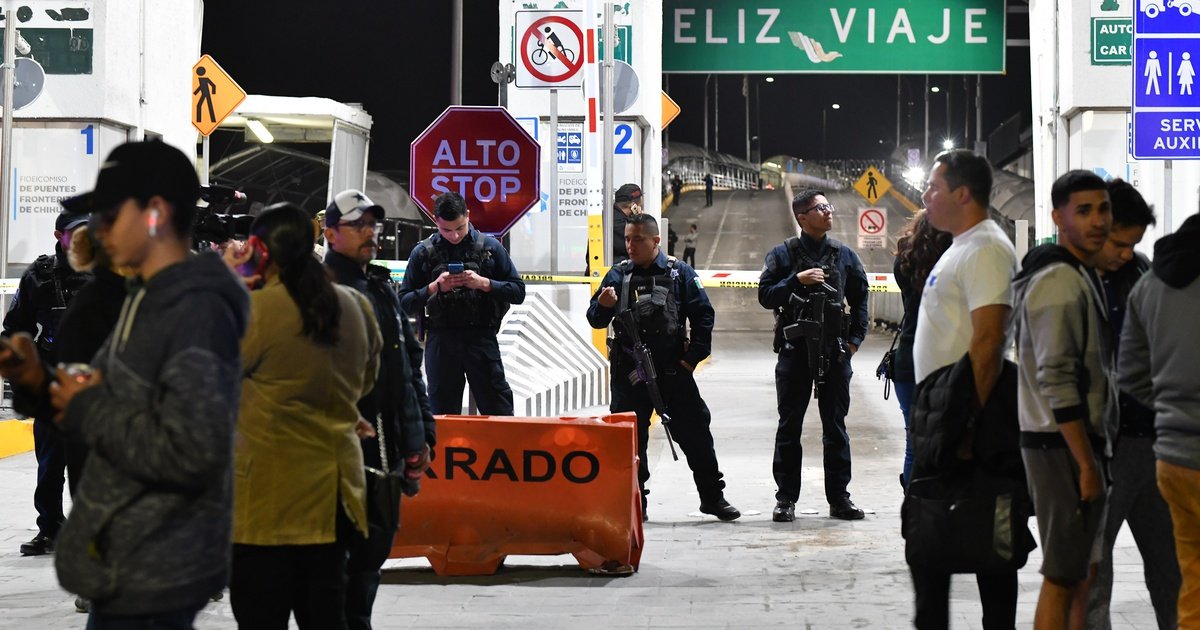 The U.S. Supreme Court ruled Thursday that the Biden administration has the right to end a Trump-era immigration policy that forces asylum-seekers to wait in Mexico as their cases make their way through U.S. immigration courts.

In a 5-4 ruling, the justices ruled against Texas and Missouri, which had argued that the Biden administration violated the law by rescinding the program, and sent the case back to the district court to determine if terminating the policy violated any administrative laws.

But the justices determined that the government’s cancellation of the Migrant Protection Protocols, referred to as MPP and also called “remain in Mexico,” did not violate a section of immigration law that Texas and Missouri had used to argue that the Biden administration illegally ended the program.

It’s unclear if the Biden administration will try to end the program immediately or wait for the lower court to rule.

César Cuauhtémoc García Hernández, an immigration attorney and law professor at Ohio State University, said that the Biden administration can immediately stop enforcing the program, but the Supreme Court’s ruling leaves the door open for Texas and other states to continue pressing to force the administration to continue the program.

Texas Attorney General Ken Paxton, who has sued the Biden administration repeatedly over the president’s immigration policies, said the ruling “makes the border crisis worse” but the battle isn’t over. “I’ll keep pressing forward and focus on securing the border and keeping our communities safe in the dozen other immigration suits I’m litigating in court,” Paxton said.

“It is a bittersweet victory, after so many lives have been lost to atrocious immigration deterrence policies both on the federal level and in the state of Texas,” said Fernando García, executive director of Border Network for Human Rights based in El Paso. “This decision was long overdue, and it is shocking that the Supreme Court waited until today to determine the danger that migrants have been subjected to since Trump enacted this deadly policy.”

The program was launched by the Trump administration in January 2019. After President Joe Biden took office, Department of Homeland Security Secretary Alejandro Mayorkas suspended the program in January 2021, then officially canceled it in June 2021.

That led Texas and Missouri to sue the Biden administration in April 2021, arguing that canceling MPP violated administrative and immigration laws and that without the program, human trafficking would increase and force the states to expend resources on migrants — such as providing driver’s licenses, educating migrant children and providing hospital care.

The Biden administration argued it has the discretion to end the program and that it was not an effective way to deal with migrants seeking asylum.

About 70,000 asylum-seekers have been sent to Mexico through MPP, leading to refugee camps on the Mexican side of the border, where many migrants became targets for kidnappers and drug cartels. Since the program resumed in December, immigration officials have enrolled just over 5,100 migrants as of May 31, according to the Transactional Records Access Clearinghouse, or TRAC, at Syracuse University.

Because of Title 42, the emergency health order that immigration officials have used to immediately expel migrants at the border without a chance to make an asylum case, fewer people have the opportunity to make an asylum claim and be enrolled in “remain in Mexico.” Thursday’s ruling does not affect Title 42.

According to an analysis by TRAC, between 2019 and 2021, less than 2% of completed MPP cases ended with a person being granted asylum. So far under the Biden administration, 27 people have been granted asylum under MPP. By comparison, 50% of cases of migrants already in the U.S. with an asylum case have won their case.

Human Rights First, a New York-based organization, recorded 1,544 cases of killings, rapes and kidnappings of migrants who were forced to remain in Mexico between MPP’s launch in January 2019 and January 2021, when the Biden administration initially suspended the policy. One woman enrolled in the program told The Texas Tribune that she had been raped by a Ciudad Juárez police officer as she waited in Mexico.

On average, it takes five years for a migrant to get a decision on their asylum case. Under a new plan that went into effect this year, the Biden administration’s goal is to wrap up asylum cases within six months for some asylum-seekers.

Paxton filed a separate lawsuit against the Biden administration on April 28 to attempt to halt the new asylum plan. Kacsmaryk, who is based in Amarillo, is also overseeing that case, which remains pending.