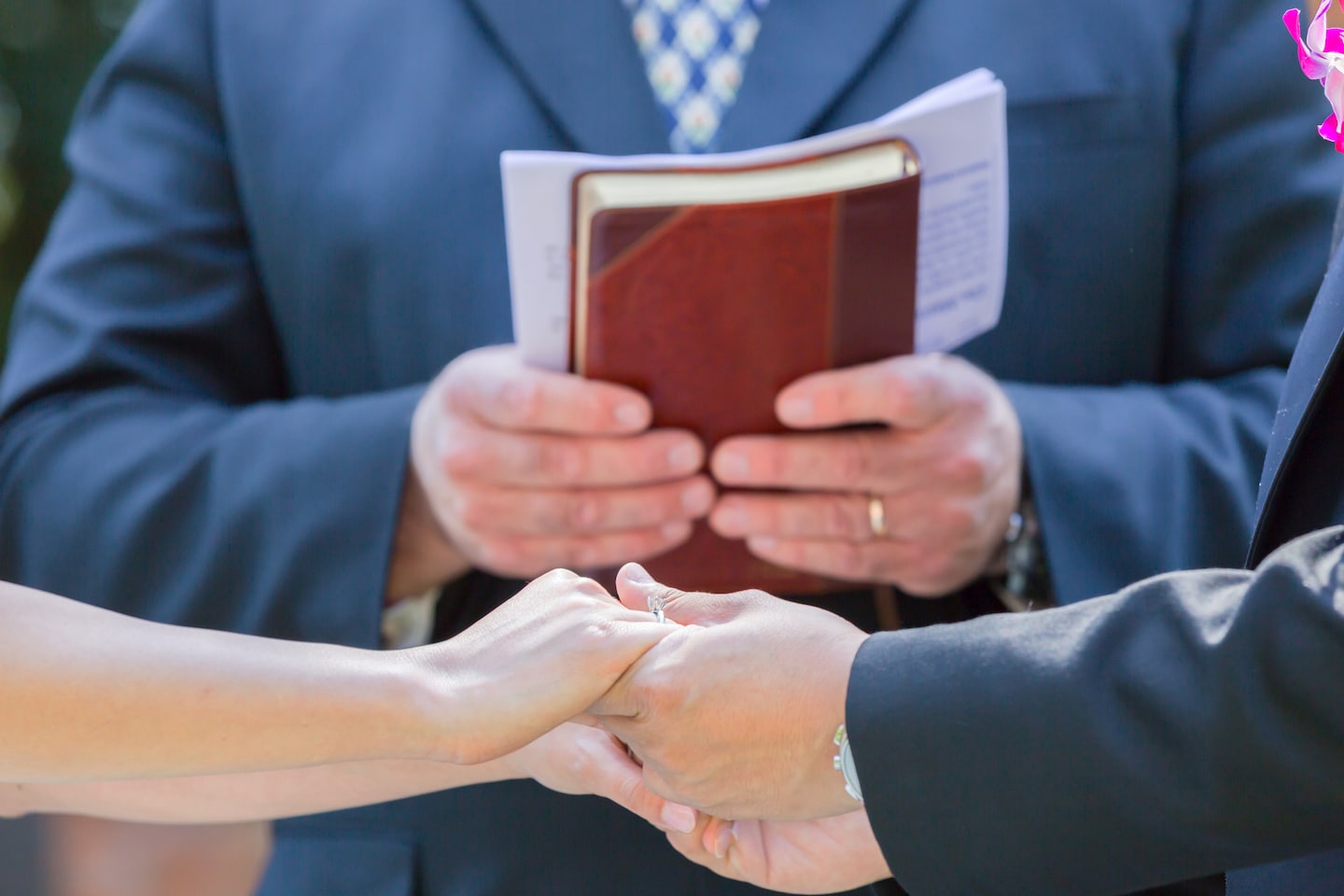 On Friday, the Supreme Court’s ruling in Dobbs v. Jackson Women’s Health Organization overturned Roe v. Wade, ending nearly 50 years of women’s access to safe and legal abortion. The summer of 2022 is also on track to register a record 2.5 million weddings, the highest number in 40 years. What does it mean for millions of Americans to marry when women’s right to control their reproductive lives has been eviscerated?

Marriage and reproductive rights are intertwined issues that highlight long-standing legal, political and cultural debates about the autonomy of women. The same political and activist forces that brought us reproductive rights in the late 1960s and early 1970s also revised marriage and divorce laws to secure women’s rights within and outside marriage. Together, these legal changes established that, at least on paper, women were full citizens fundamentally endowed with equal rights and autonomy, not subordinate beings beholden to husbands and maternity.

Not only will millions of women suffer and die as a result of the Dobbs ruling, but it also calls into question the autonomy and personhood of all women (and, relatedly, the future of same-sex marriage). This newfound doubt will reinfuse several heterosexual marital customs, including symbolic naming practices adopted in the 1970s, with political meaning.

Up until the 1970s, women relinquished nearly all their rights upon entering into wedlock. Under what were known as coverture laws, a woman lost her legal identity when she married because it became subsumed by her husband. Mrs. John Smith literally meant the woman legally bound to John Smith. Beginning in the 1840s, women’s rights activists challenged state laws that denied women’s right to inherit property, earn their own money or retain custody of their children. But these reforms were slow-going and tenuous, with many vestiges of coverture remaining on the books well into the lifetimes of the majority of Americans today.

Married women could not even refuse sex to their husbands (marital rape was not criminalized in all 50 states until 1993), nor could they expect an equitable division of assets in the case of divorce. And married women couldn’t apply for credit cards or bank accounts without their husbands’ signature until the passage of the Equal Credit Opportunity Act in 1974 that prohibited “discrimination on the basis of race, color, religion, national origin, sex, marital status, or age in credit transactions.”

In the 1970s and 1980s, Ruth Bader Ginsburg and others successfully challenged dozens of sex-based statutes — including laws that excused women from jury duty (because such civic service ostensibly took them away from their more important work at home), policies that essentially forced pregnant women out of the workforce and laws that offered differential spousal benefits according to sex — by arguing that laws based on gender stereotypes limited women’s rights in violation of the 14th Amendment.

But writing for the majority in Dobbs, Justice Samuel A. Alito Jr.’s opinion calls into question 50 years of legal precedent based on the conviction that the 14th Amendment guarantees equal rights and liberty regardless of sex.

That’s why two small but powerful symbols of women’s increasing autonomy in the 1970s especially matter today: the introduction of the honorific “Ms.” and the practice of women keeping their surnames.

Traditionally, men, at least White men, were formally called Mr., regardless of marital status. Because a woman’s marital status (and, relatedly, virginity status) determined her overall legal and societal standing, women had no such neutral term until Gloria Steinem and her colleagues at Ms. magazine invented one.

Rejecting the retrograde idea that a woman must be “Miss” until marriage and “Mrs. [Husband’s Last Name]” after marriage, the founders of Ms. boldly declared a woman’s right to full personhood, regardless of marital status. They picked this moniker over other appealing choices to convey the magazine’s mission: that the personal was political. When the magazine debuted in 1972, “Ms.” was such an unfamiliar term that the editors had to spell it out for people on the phone, as they reflected in an oral history. Within a few short months, however, as co-founding editor Mary Peacock recalled, “Suddenly you could say ‘Ms.,’ and everybody knew what you were talking about.”

A related, and even more controversial naming practice also began to gain traction in the early 1970s: women keeping their maiden names after marriage. Historically, a woman taking her husband’s last name signaled her loss of legal personhood, making the decision to retain one’s name a powerful political action. Drawing on the example of abolitionist Lucy Stone (1818-1893), feminists in the 1970s resurrected the practice of keeping their surnames after marriage.

Stone rejected the myriad legal injustices for women embedded in the institution of marriage. Her suitor, fellow abolitionist Henry Blackwell, agreed. The pair decided to marry on their own terms, removed the word “obey” from their vows and published a protest to explain that marriage should be “an equal and permanent partnership so recognized by law.”

The most dramatic way the couple registered their protest was for Stone, one of the most famous women of the era, to keep her last name. Stone’s example inspired women throughout the 19th century and beyond. Women’s rights leader Elizabeth Cady Stanton, who insisted on going by both her maiden and married names, praised Stone’s radical decision and its far-reaching implications, gushing to Stone that “Nothing has been done in the Woman’s Rights movement for some time that so rejoiced my heart as the announcement by you of a woman’s right to her name. To take a name is one of the first steps in freedom, and one of the first demands in a republican government.”

Other 19th-century feminists experimented with naming as one way to retain a measure of autonomy after marriage, including Mary Church Terrell, founding president of the National Association of Colored Women; the sculptor Adelaide Johnson, who insisted that her husband take the surname “Johnson” when they wed in 1896; and freethinking feminist Helen Hamilton Gardener, who invented a whole new name for herself after she was outed in newspapers for having sex before marriage.

For much of the 20th century, the practice of American women retaining their surnames fell out of favor. Thanks to the boost it received from second wave feminism, however, the percentage of women keeping their own names peaked in the 1970s. Today, surveys estimate that between 10 percent and 20 percent of American women keep their maiden names, though the percentage is higher for women with advanced degrees and those who marry later in life.

Debates about surnames are, in essence, debates about women’s autonomy. Do we regard women as individual citizens or, primarily, as wives and mothers? The rationale undergirding Mississippi’s limitations on women’s reproductive autonomy (and the Supreme Court’s affirmation of it in the Dobbs decision) is based on outdated stereotypes that women’s autonomy should place a distant second to her potential role as a mother.

Feminists successfully challenged the gender-based ideologies that shaped our laws and jurisprudence a half-century ago. And indeed in 2015, the New York Times reported that the percentage of women keeping their names appeared to be on the rise but that the overall political nature of the practice had declined, explaining: “Basic rights have been achieved, so the gesture carries less weight either way.”

But now, the terrain looks vastly different. As Stone wrote to her best friend, Antoinette Brown Blackwell, in 1855, “[i]t is very little to me to have the right to vote, to own property … if I may not keep my body, and its uses, in my absolute right.” Retaining one’s surname after marriage and adopting the honorific Ms. provides a marker of legal autonomy and personhood, and doing so in 2022 may well prove to be an especially important decision, both symbolically and politically.