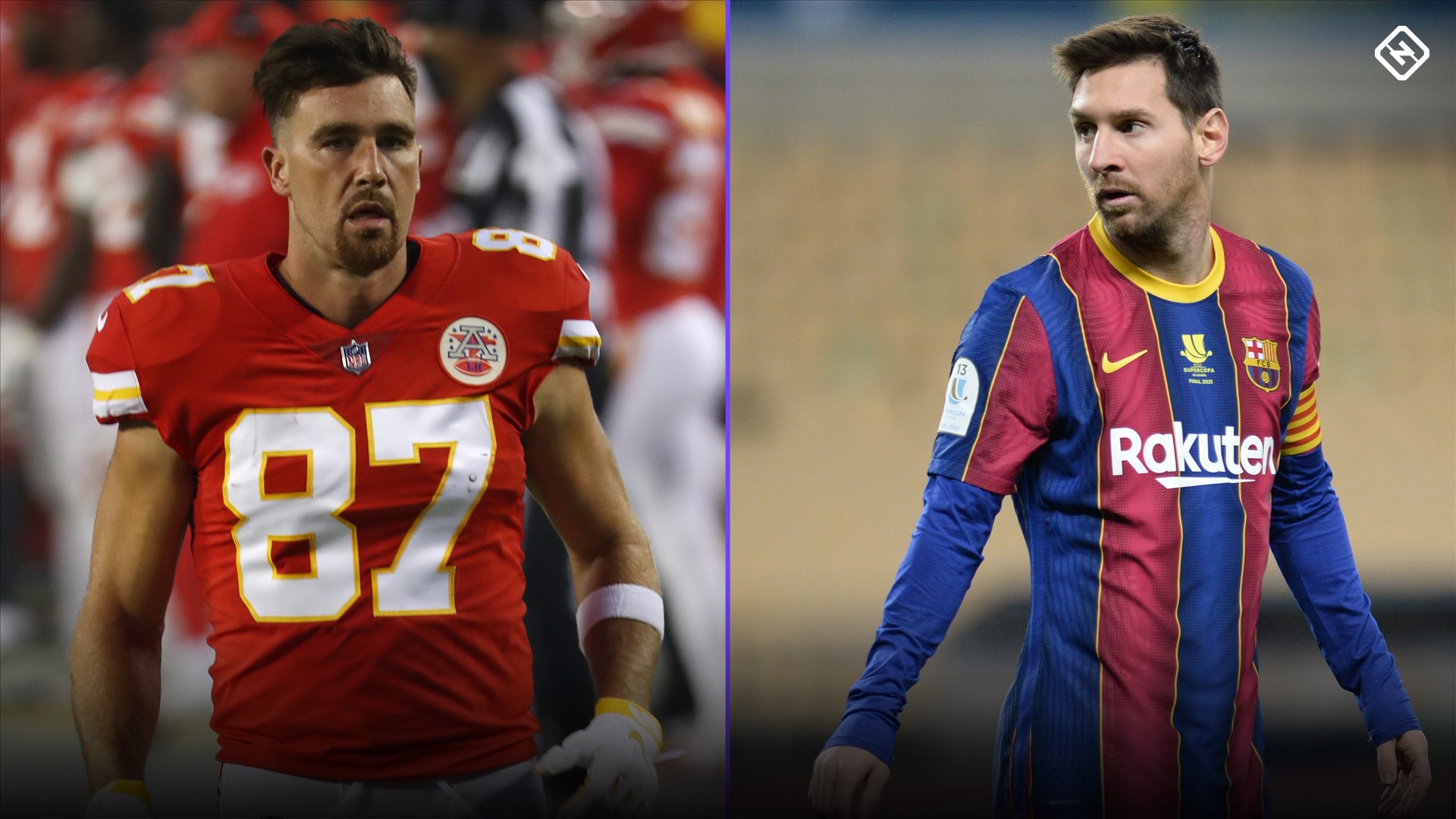 Super Bowl bettors will need every bit of time between now and the evening of Super Bowl 55 to analyze all the propositions that Las Vegas sportsbooks are offering. The Superbook at the Westgate released its set Thursday night: 32 pages of wagering options that go way beyond the standard point spread, moneyline and over/under. (The Las Vegas Sun published the whole card.)

There’s the standard fare, such as alternate point spreads, head-to-head matchups and who will score first.  And then there’s the oddball stuff, specifically the cross-sport matchups.

Books have noticed how popular such wagers have become, and this year, the Superbook mixed football with basketball, soccer, hockey, golf, tennis and even rugby to produce a mind-blowing set of props. Some of them even involve future bets.

Here are five examples of the oddest of the odds, with some free SN handicapping thrown in:

Harden and the Nets will be playing the night before the big game in Philadelphia vs. the 76ers. This one could result in a refund, though, for two reasons: 1. The NBA game must be played on Feb. 6 for there to be action, and with the league regularly postponing games because of COVID-19 (the Sixers know all about that), a game on that date is not  a gimme; 2. Harden must play for there to be action, but the Nets will be on the second night of a back-to-back. Brooklyn will face the Raptors at home on Feb. 5. Illness, injury or just a decision to rest Harden might derail this in advance. If it does go forward, consider: Harden is averaging 24.1 points for the season; the Superbook’s first-half over/under for the Super Bowl is 27.5.

This is the kind of off-the-wall stuff we’re talking about. The local NHL team is pitted against the NFC champs. If the Golden Knights make the Stanley Cup playoffs in 2021 (they’re leading the West Division after two weeks), then they could win a maximum of four playoff series under the current 16-team format. That’s assuming the playoffs aren’t altered because of COVID-19 or for some other reason. The Buccaneers scored 31 first-half touchdowns in the 2020 regular season, or 1.94 per game. Will Vegas make a deep run this summer? Will Tampa Bay score in bunches early against Kansas City? Yes?

Kelce is slightly favored in this matchup. He had 11 touchdowns during the regular season and three more in the AFC playoffs. Tampa Bay allowed allowed nine touchdowns to tight ends in the regular season, per Pro Football Reference. Messi has scored 11 goals in 17 La Liga matches through Jan. 28. The Blaugrana will be away to Real Betis on Feb. 7. Real Betis is eighth in the La Liga table through Jan. 28, but more importantly, it is tied with Granada for most goals conceded with 34 in 20 matches. Messi an underdog? Yes, please.

Again, this one might have to be refunded, because COVID-19 threatens to play havoc with the Australian Open. The tournament’s start has already been delayed to Feb. 7 in the U.S., the night of the Super Bowl, and the final is scheduled for Feb. 21. If the match does go off, then start with the baseline of the men’s final being best of five sets. A finalist could retire before the third set, but it’s almost a guarantee that the match will go three, four or five. Mahomes rushed 62 times in 15 regular-season games (4.13 per game). A couple of scrambles, some kneeldowns at the end of the half and/or game, and you have a competitive prop.

Start with Gronk: He averaged 38.9 receiving yards per game in the regular season but just 14.3 per game in the playoffs, on just two catches total. Tom Brady did find Gronkowski for a 29-yard gain in the NFC championship game against the Packers. The Chiefs’ defense, meanwhile, allowed 59.6 yards per game to tight ends in the regular season, putting it 28th in the NFL. As for Ireland-Wales, the countries met in November in Dublin, with Ireland winning 32-9. The return match will be in Cardiff on Feb. 7. In the last five matches between the rivals, the totals have been 32, 39, 29, 38 and 41.